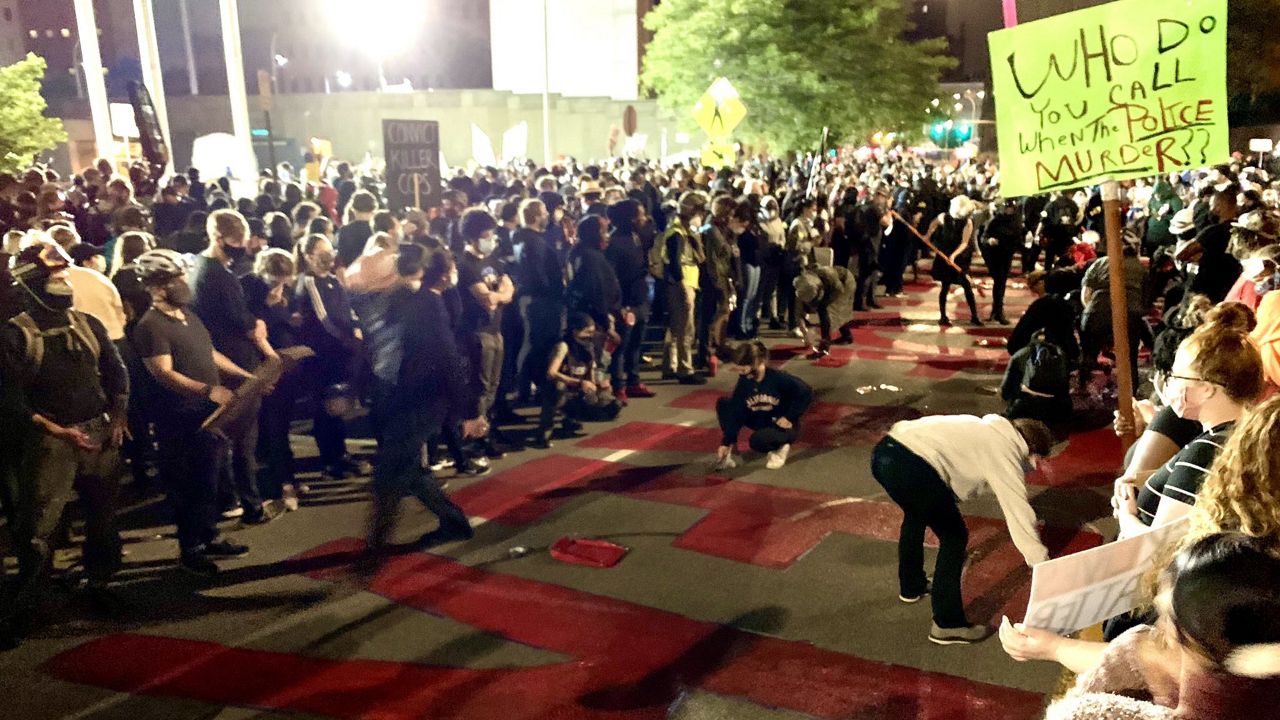 The protests are the first ones held following the news earlier in the day Tuesday that Rochester Police Chief La'Ron Singletary and other command leaders announced they would retire from the force, in the midst of an investigation into the arrest and death of Daniel Prude in March.

Demonstrators gathered again to memorialize the life of Prude and to call for change at Rochester City Hall and in the Rochester Police Department.

Tuesday night's protests began on Jefferson Avenue, near where Prude was arrested in March.

Protesters painted "Black Lives Matter" on the road before heading to the Public Safety Building en masse, where some then painted the word "murderers" outside the PSB as officers looked on beyond barricades.

The demonstrators then marched to City Hall, where they rallied outside the building.

Some protesters read out the resignation letter that they wrote for Mayor Lovely Warren, who many in attendance called to resign, and the word “resign” was painted in front of City Hall.