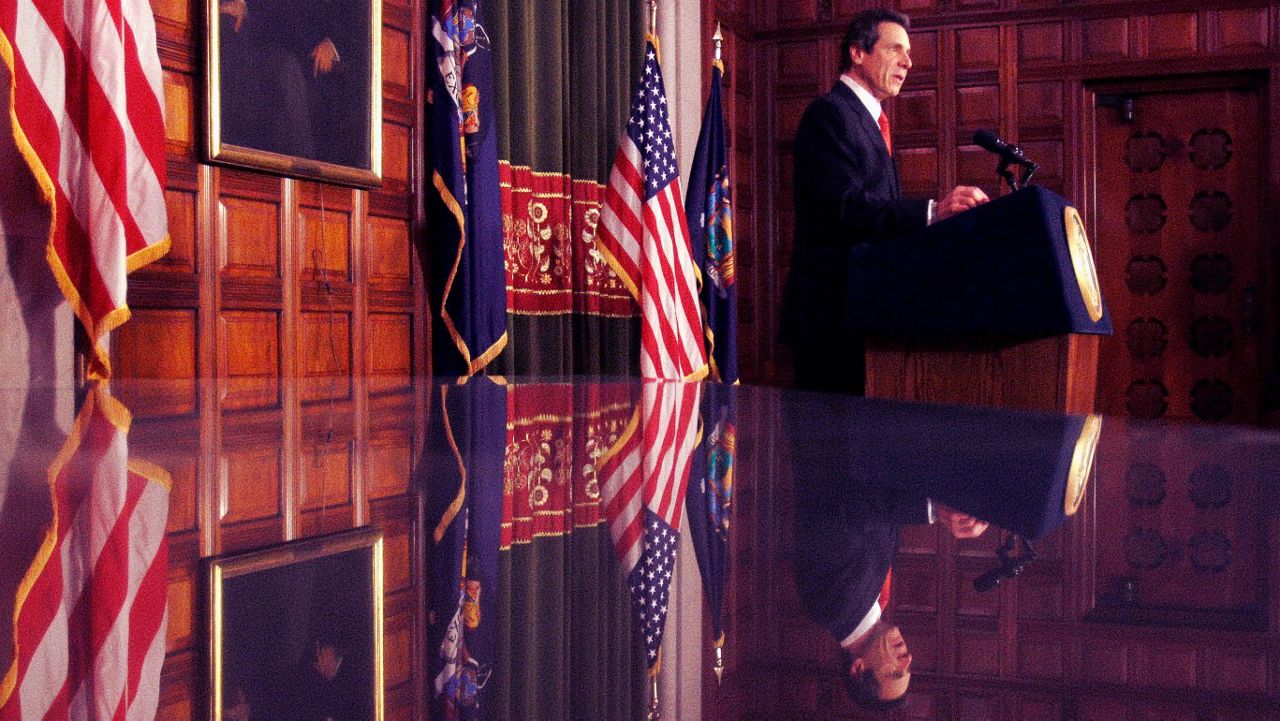 In the hours since the release of New York Attorney General Letitia James' damning report on the sexual harassment allegations against Gov. Andrew Cuomo, the governor has loomed large in state and national news cycles, but has otherwise not been seen or heard.

The one exception was his appearance in a pre-produced, scripted video statement that did little to illuminate his side of the allegations against him.

Instead, the 10-minute piece rehashed arguments he has used to defend himself over the past six months, including his assertation that he touches people to “convey warmth."

One glaring oversight: Neither the video, nor his attorney’s accompanying counter-narrative, addressed some of the most egregious behavior detailed in the attorney general's report – specifically, the allegations by a state trooper in the governor’s detail who said he touched her inappropriately on several occasions.

Time, at least the time since he released the videotaped statement, has not been kind to Cuomo.

Many of those Democrats who had taken a wait-and-see posture after the attorney general launched her investigation in February have now called on the governor to resign, including Assembly Speaker Carl Heastie, who said that the governor has lost the confidence of the Assembly majority, and long-time allies Assembly Majority Leader Crystal Peoples-Stokes, of Buffalo, and New York state Democratic Party Chairman Jay Jacobs.

Unions and advocacy groups have also turned their backs on Cuomo, which will hurt him in his pocketbook as well as on the campaign trail. Several, including the AFL-CIO, Hotel Trades, 32BJ and RWDSU, could always be counted on to support his re-election campaigns. Others, like Planned Parenthood, NOW-NYC and NARAL Pro-Choice New York gave the governor the political bonafides he needed to label himself an advocate for women and launch the now-defunct Women’s Equality Party in 2014.

The governor may also face criminal charges. The district attorneys of Albany, Westchester, Nassau and New York counties have stated they will look into opening investigations into the governor’s conduct to assess whether he may be guilty of a crime.

But before that happens, the governor has to make a decision about his future and the future of the state of New York.

How is he going to respond to his own American crisis?

Cuomo has three choices. He could opt to resign within the next few days because he sees the writing on the wall. He could try to bargain his way out the door by promising not to run for a fourth term in exchange for the opportunity to finish out his third term. Or he could force the Legislature to go through with an impeachment trial.

To Bopst’s thinking, the answer is yes. There is a good chance that a Cuomo impeachment will result in a change in New York state leadership. One reason? Cuomo doesn’t have the same political juice that former President Donald Trump had when he was twice impeached.

“Cuomo is not going to say to [state Sen. Tim Kennedy], if Kennedy votes to convict, ‘I’m going to support Kennedy’s primary opponent in the next election.' Cuomo just doesn’t have that level of influence,” Bopst said. “Plus, there are many Democrats who will vote to convict, which is very different from the number of Republicans willing to impeach Trump.”

Once the Assembly draws up articles of impeachment, the body would need a simple majority to impeach — 76 votes.

At that point, the governor is required to step down until after the conclusion of the impeachment trial. Lt. Gov. Kathy Hochul will ascend to the top spot.

The governor will then have 30 days to prepare his defense for the trial to come.

The trial itself will take place in the state Senate. The jurors will include 62 of the 63 state senators (Andrea Stewart-Cousins, who is in the line of succession as Senate majority leader, is barred from taking part in the process) and the seven judges who sit on the New York State Court of Appeals.

“The Senate would have the ability to call witnesses in,” Bopst noted. “In this case, the Senate could proceed to call in witnesses, to get live testimony. They could rely on the AG’s report. What they ultimately do is up to them. They are in charge of the procedure.”

More specifically, the chief judge of the Court of Appeals, Janet DiFiore, would preside over the trial. But Deputy Senate Majority Michael Gianaris, a graduate of Harvard Law School, and a long-time political adversary of Gov. Cuomo, would be the highest ranking member of the impeachment court.

At the conclusion of the Senate trial, the 62 senators and the seven Court of Appeals judges would vote on whether to convict the governor. If 46 members of this group, or a two-thirds majority, votes yes, the governor must step down.

But impeachment will not take place immediately.

According to Albany area Assemblywoman Pat Fahy, the attorney general’s report was much stronger than anticipated, and out much sooner than expected.

“We [members of the Assembly] need to move. But there is a process. And we have our own investigation underway,” she said. “But it does have to move with all deliberate speed so that we can act and not let this drag out for months and months.”

If the governor decides to go down the impeachment path, the process would be lengthy and costly. Taxpayers would foot the bill for the impeachment trial, but Cuomo could pay an enormous political cost.

Remember, Cuomo may not be well-liked among members of his own party at this point; but until very recently, he was beloved by many voters inside and outside of New York.

He socked away a tremendous amount of goodwill during those terrible months in 2020 when he was the voice of sanity for millions of Americans struggling through an unprecedented crisis. These are regular New Yorkers who don’t live “in the Albany bubble” (and who won’t be spending the weekend reading the footnotes to the AG’s report). They remember the strength he showed during those crucial months, something that has — until recently — been reflected in his poll numbers.

The governor could place a considerable — and considerably risky — bet that those voters will continue to support him through an impeachment trial. But does he really want to make that calculation? It’s one thing to hear about sexual harassment from the attorney general; it’s quite another to see an impeachment trial featuring accusers making the same claims on live television.

Whatever is left of Cuomo’s legacy could never withstand it.