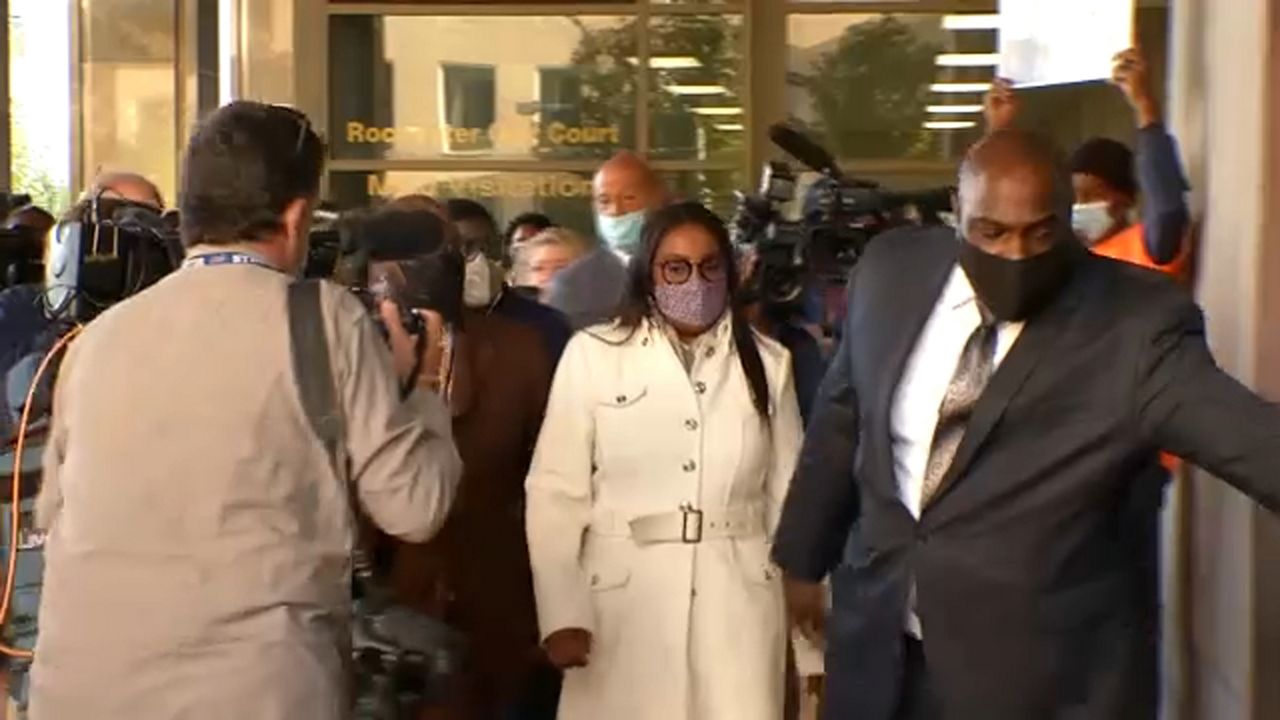 ROCHESTER, N.Y. — Rochester Mayor Lovely Warren and two others connected to her 2017 re-election campaign pleaded not guilty to scheme to defraud and violating election law, both felonies.

"She's pleaded 'not guilty.' She said, 'I did not do those that they are complaining about,'" said Joe Damelio, Warren's attorney.

All parties will return to court on December 7 to file motions which will be argued on January 12. Until then, the defense is waiting for the evidence that the Monroe County District Attorney's office is using to argue its case.

"The motions will run from everything challenging the evidence before the grand jury to other motions which would be more useful at the time of trial," said Damelio.

There were also concerns from the defense about why a judge from Cayuga County is presiding over the case.

"I didn't think any judge in this building that I've talked to said they couldn't do this case. If the DA has already reached out and said that these judges can't be fair and impartial, how we could have a fair and impartial case in this county," said Michael Schiano, attorney for Rosalind Brooks-Harris.

To which Prosecutor Jacob Ark offered a simple response.

"It's up to the administrative judge for the court to decide what is best and we are here to see a fair trial," said Ark.

Ark wouldn't comment on how they will prove that the mayor's 2017 re-election campaign allegedly exceeded contribution limits by funneling donations through a political action committee.

Regardless, Damelio feels they can't prove there was any criminal intent and the mayor is ready to get back to her day job.

"She is anxious to get back to governing the city of Rochester. She took this and takes this case very seriously. She is going to defend it vigorously, but she certainly wants to get back to representing her constituents," Damelio said.

The defendants were released on their own recognizance. As far as bail is concerned, the charges are not qualifying offenses.