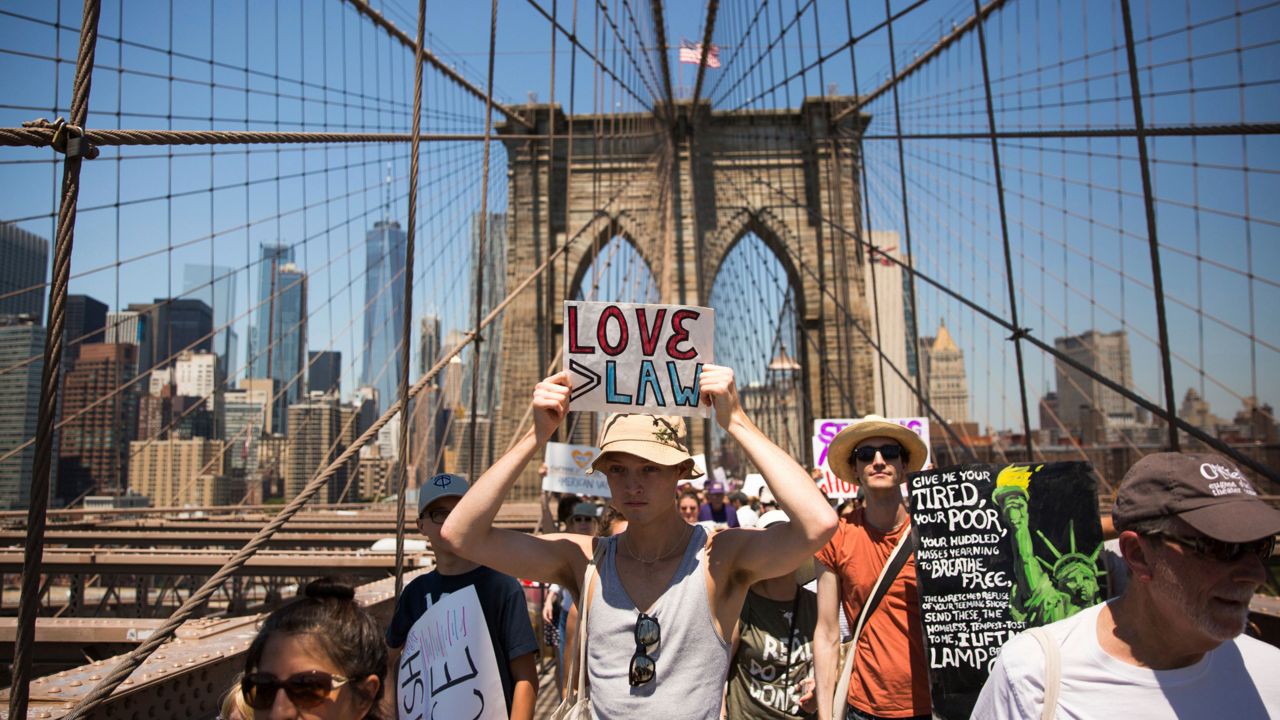 Representative Eliot Engle was caught on a hot mic on Tuesday asking for a turn to speak to protestors saying if he wasn’t running for a primary he wouldn’t care.

The Congressman responded to the video saying that in the context of him running for re-election, he believed it was important for people to hear where he stands on the issues.

But this type of attitude has many activist groups worried about the intentions of state lawmakers who are expected to return next week to vote on criminal justice reform legislation.

Jose Saldana, director of the Releasing Aging People in Prison Campaign says many of the bills being discussed should have been passed a long time ago.

“They need to answer to their communities because thus far they have not answered to the concerns of the communities they represent,” Saldana explained. “And I don’t think just passing a few cosmetic bills does anything of significance. It’s almost like they’ll leave and business as usual when they come back.”

However, Stanley Fritz, the State Political Director of Citizen Action New York points out that change often occurs only after there is political pressure and if some lawmakers really are returning only because of the primary?

“So what if they are,” Fritz shrugged. “I’ll be fully transparent, in 2018 during the bail fight? That was driven by political interests. Having said that though, we have a lot of champions in the Senate and the Assembly we have a lot of really good people who really care and are really advocating for this.”

Both groups hope that lawmakers will pass legislation that will work to change the system as a whole, including repealing 50a, releasing elderly people from prison, and ending solitary confinement.

“These are things we have known for a long time we’ve had to get done,” Fritz said. “I’m really happy we’re getting some traction on them now and I really hope they pass these bills as is.”

“This killing that was done on video, this has enraged not just Black people, not just Latino people, it has enraged humanity across the nation,” Saldana said. “They should take that and be a part of it. Be a part of wanting to make these fundamental structural changes to policing, to the criminal justice system.”

Both houses of the Legislature are expected back next week. The exact date is still being determined.