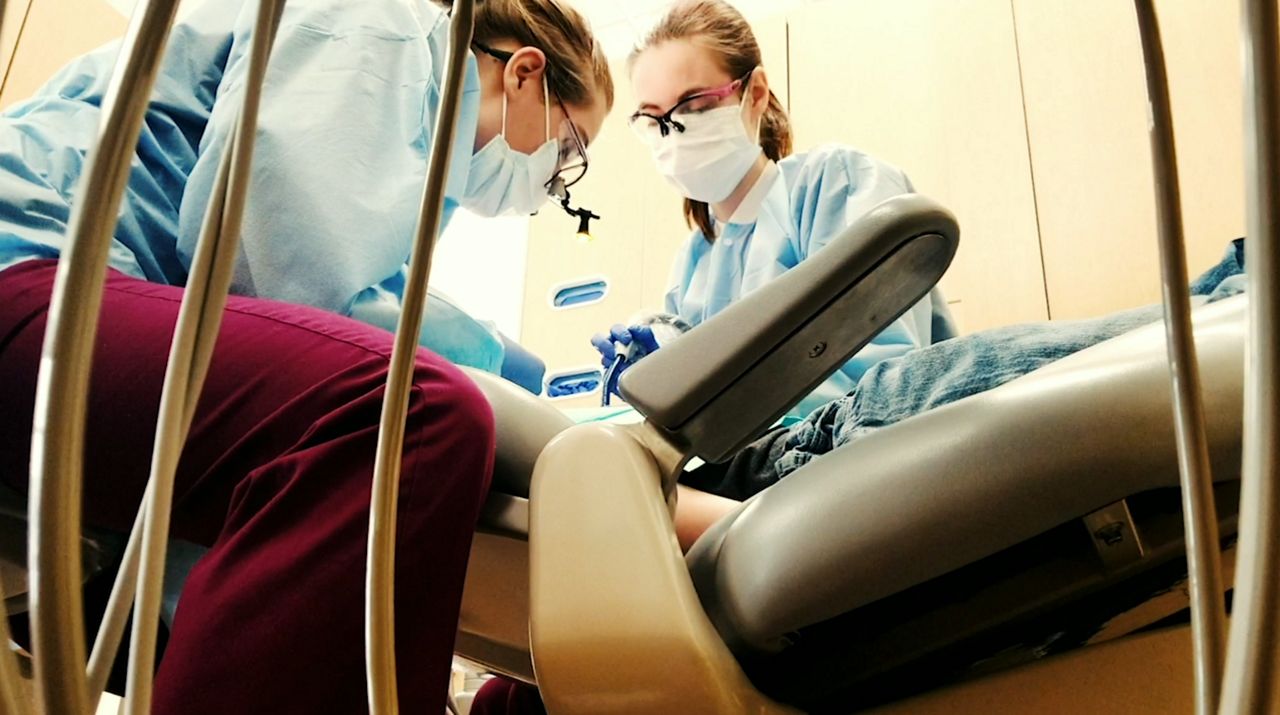 Visiting the dentist without insurance can quickly drain a bank account.

Veteran Stephen McCloskey found out the hard way. Currently working on his degree, the Department of Veterans Affairs covers McCloskey's dental when he's in school but not during breaks.

In fact, many veterans have no dental coverage. Advocates said the VA only provides dental insurance to students, people deemed 100 percent disabled, or at least 70 percent disabled and unemployable.

"Most veterans when they get out, they're low middle class, trying to get back into the workforce and they struggle in that just in itself so part of that struggle is financial and if they're dealing with $1,000 dental bill, that financial is either their gas or their electric or water or anything that ends up or food on the table," McCloskey said.

Assemblyman David DiPietro, R-East Aurora, is proposing New York pay for dental insurance for those veterans not covered by the VA or other public or private plans. He said it's time Albany makes people who served in the military a priority.

"Too often Democrats focus on extending privileges and services to illegal aliens and criminals while our brave veterans are treated like an afterthought," DiPietro said.

Rob Ortt, R-North Tonawanda, is sponsoring the bill in the state Senate. Both lawmakers said they are willing to turn the legislation over to their Democratic majority if it means passage.

"This bill should be an easy lift," Ortt said. "Every elected official says they support veterans. They march in the parade. They wave the flag. They tell you, the veterans, they support you. This is an easy chance to put your money where your mouth is."

They are asking for $3 million to $5 million in the budget to cover the cost next year. McCloskey believes it would be a good investment.

"Allowing this bill to come through and to be passed, what you’re going to do is give not a hand out but a hand up, giving them the opportunity to actually be employed and to actually eventually get their own health care and dental care without the services of the VA," he said.

They estimate roughly 100,000 veterans in New York could be eligible for the gap coverage.