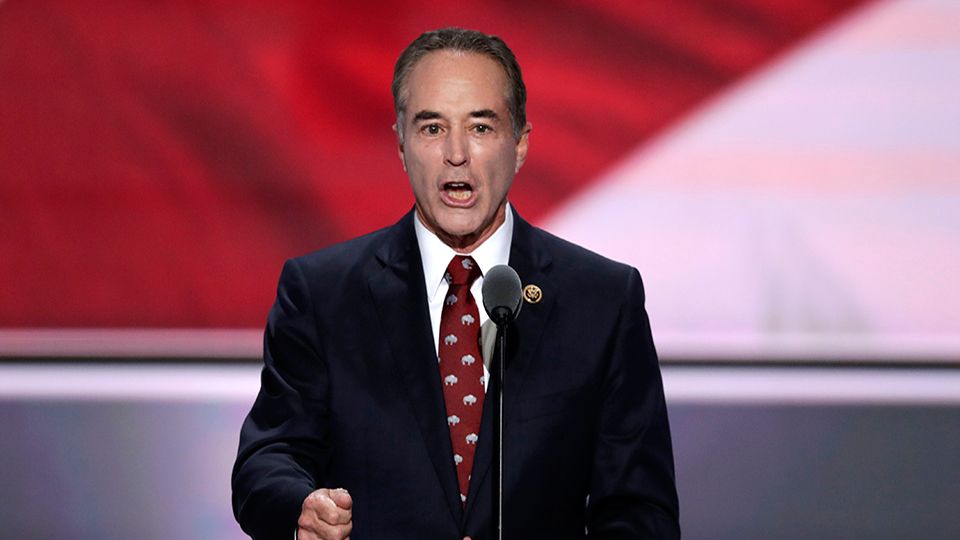 Poll Shows Rep. Collins Still May Be Favorite in GOP Primary for NY-27

Republican Congressman Chris Collins may still be the favorite in a 2020 GOP primary for New York’s 27th Congressional District despite the cloud of a federal insider trading trial hanging over his office.

That’s the headline from a new poll conducted by Western New York-based company Tel Opinion Research. Live interviewers spoke over the phone with 500 “Republicans with a history of voting in Republican primary elections” in the district.

Collins has yet to make a decision about whether he will seek another term and his trial is scheduled for February 2020. Meanwhile, two GOP candidates so far, state Senator Chris Jacobs and attorney Beth Parlato, have officially announced their candidacy.

That’s noteworthy since a year ago the congressman squeaked out a victory by less than half a percentage point over Democrat Nate McMurray in what’s widely considered the state’s reddest seat. The poll confirmed the district still strongly supports the president, with eight of 10 voters approving of the job Donald Trump is doing.

The poll also considered the possibility of Collins not running in 2020, which pollster Barry Zeplowitz noted would be likely should he not be acquitted in February. Tel Opinion asked about a number of potential Republican candidates who have not announced their intentions yet, including recent Medal of Honor recipient David Bellavia, Erie County Comptroller Stefan Mychajliw, state Senator Rob Ortt and Assemblyman Steve Hawley.

Among all those candidates not named Chris Collins, the poll suggested Bellavia would be the front runner.

His favorability rating was at 58 percent and 33 percent said he was their preferred candidate if the incumbent didn’t run. Jacobs came in second on that question with roughly a quarter saying they would vote for him if Collins wasn’t in the race.

Zeplowitz pointed out there are several important factors to consider about the survey results. Not least important, a lot can change over the next 10 months, it’s still unclear who will get in the race and Jacobs has a significant fundraising headstart over other candidates.

He also noted the president could have a significant impact on the race, should he choose to weigh in. Two out of three voters polled said it was at least somewhat likely they would support any candidate who Trump publicly supported.

The poll did not ask who voters would prefer if Collins were to run against Bellavia. The margin of error is +/- 4.5 percent.