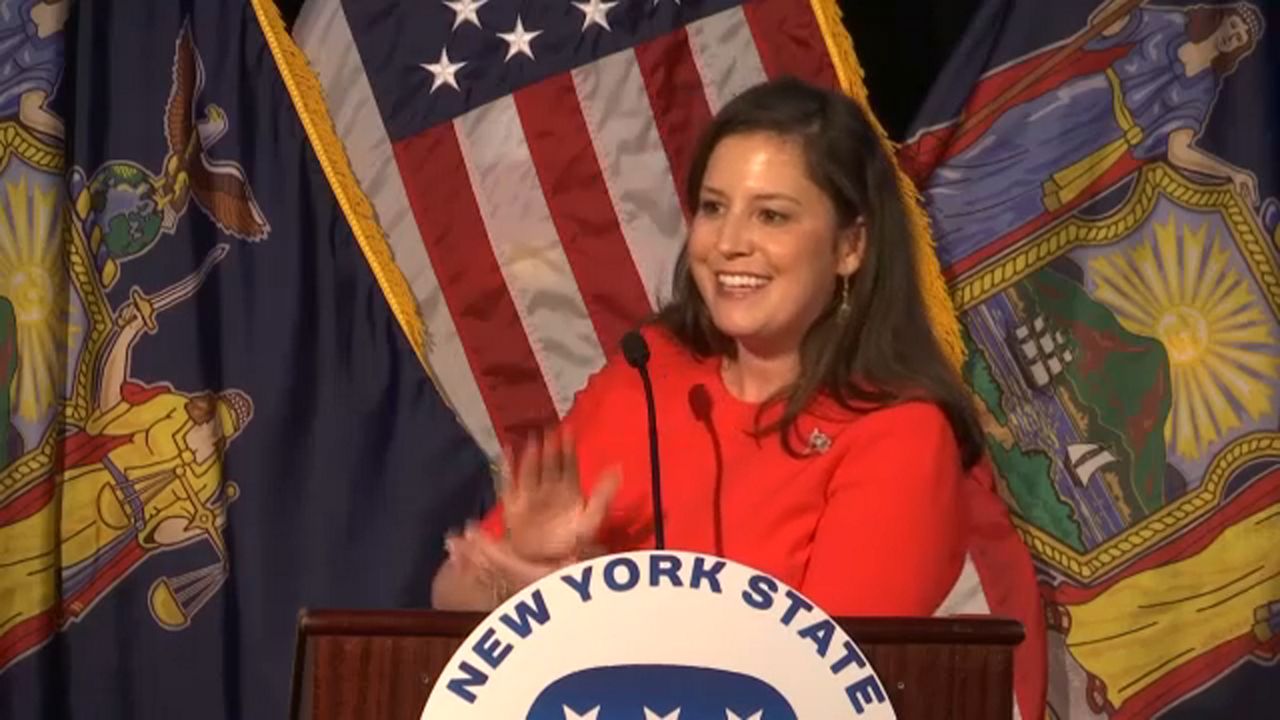 By Nick Reisman and Kevin Frey City of Albany
SHARE

The first thing to know about the 21st Congressional District in New York is that it's big. Very, very big.

The district is the geographically largest in the eastern United States, running through much of the state's border with Canada and Vermont to the exurbs of the Capital Region and over through Central New York.

It encompasses what, for many New Yorkers outside of the area, is an Eden-like vacationland of the Adirondack Park, the High Peaks region and the Thousand Islands.

​But it's also home to hundreds of thousands of people who have to make a living there, be it in tourism, lumber, manufacturing, the military base at Fort Drum or at a prison.

The district was redrawn in 2012 by a state judge who turned the seat into a true "North Country" district. Two years later, it was handily won by first-time Republican candidate Elise Stefanik after the tumult of two hotly contested races in prior cycles that drew national focus.

Once considered a battleground district, Stefanik has only grown her margins of victory and the seat is considered a safe one for Republicans once again.

For some Republicans, the 36-year-old Stefanik is the future of the party, a woman who could potentially replace Rep. Liz Cheney as the No. 3 lawmaker in the GOP conference in Washington. To Democrats, she's taken the politically expedient path of being an ardent supporter of President Donald Trump who voted to turn down certification of Pennsylvania's votes in the 2020 election.

"Stefanik is so young that if Trumpism does not have a long shelf life, when measured in decades, Stefanik could lose this gamble," said Bruce Gyory, an adjunct political science professor at the University at Albany. "If over time, the politics surrounding the Big Lie and Trump himself crashes and burns out, she could be irrevocably stained."

Stefanik's representation of the district is an anomaly in at least one way: In 2014, she became the youngest woman elected to Congress in an area that is rapidly becoming grayer and losing young people.

Stagnating population is a problem across swaths of upstate New York that over a generation, but it's especially acute in rural areas like the North Country.

A report released the year Stefanik was elected found the average age of those living in the Adirondack Park will hit 51 by 2030 and the number of residents under the age of 30 was projected to decline by 14% every 10 years.

The area has never been shy about electing women to office, either. Longtime representatives included Republican women known for a kind of rural pragmatism like Betty Little in the state Senate as well as Dede Scozzafava, Teresa Sayward and Janet Duprey in the state Assembly.

The district always has had an independent streak and continues to do so. Since 2014, Democrats gained 11,003 voters to the Republicans netting an additional 7,821 voters, enrollment statistics show. Republican voters still handily outnumber Democrats in the area.

However, the fastest enrollment during that time has been among voters who do not choose to register in a party at all, with those numbers increasing by 17,479 people since 2014.

"Trump ran very well up there," said former Onondaga County Republican Chairman Tom Dadey, a supporter of the former president. "Obviously, there's a big military presence with Fort Drum, you have a huge law and order segment with the law enforcement facilities in that district and there's the border."

Her success has been in part due to her ability to reflect the sensibilities of the district, Dadey said.

Tedra Cobb, the Democrat who twice challenged Stefanik in 2018 and 2020, sees Stefanik's rise differently, an evolution from a relatively moderate Republican to a Trump Republican as nothing more than opportunistic and is using the district to further her own ambitions.

"Elise Stefanik has always pretended to be whatever she's needed to be at the moment," said Cobb, who is not running for a third time for the seat next year. "I think she's the cosplay congresswoman. She's never had any moral convictions. She cares only about her brand."

Cobb acknowledged Trump gained a foothold with voters in the district. But the riot at the U.S. Capitol as members of Congress were certifying the election of President Joe Biden changed things, she said.

"I think in the beginning he was different," Cobb said. "I think people saw him as the star. But after Jan. 6 and the last four years, we know exactly who he is."

Alex DeGrasse, a senior advisor to Stefanik responded, "Taxin’ Tedra Cobb was resoundingly defeated twice by the biggest margin for any Democrat in the Northeast. Congresswoman Stefanik has worked hard to earn the support of voters and overwhelmingly won Republicans, Democrats and independents. She earned the most total votes in the history of the North Country.”

Republicans who have tracked her career aren't surprised by Stefanik's rise over the last decade. She has been considered a potential candidate for governor in 2022, though Long Island Rep. Lee Zeldin in the last several weeks has lined up a series of endorsements from Republican and Conservative party leaders throughout the state.

"Congresswoman Stefanik has always presented herself as someone who was going to be at the very top leadership post and I just think that's just representative of the way she goes about her business," said Carl Zeilman, the Saratoga County Republican chairman.

But has Stefanik, a former aide in the George W. Bush administration, a former aide to Paul Ryan, someone who was seemingly aligned with a party establishment that surrendered to Trump, evolved during her time in office? And if so, what's she evolving into?

"Has she evolved over the years?" said Dadey, the former Onondaga County GOP chairman. "Show me one politician or elected official that hasn't."

Even after Trump was elected, Stefanik was not always in lockstep with the president policywise.

According to the website FiveThirtyEight, she voted with his positions roughly 78% of the time, less frequently than Liz Cheney, the Wyoming Republican she is poised to replace as House GOP Conference chair.

But unlike Cheney, who criticizes Trump for falsely claiming the 2020 election was stolen from him, Stefanik has become a staunch Trump defender. She backed him during the first impeachment, and recently echoed some of his false claims about the election, including voting to reject Pennsylvania’s Electoral College votes for Joe Biden.

“Tens of millions of Americans are rightly concerned that the 2020 election featured unprecedented voting irregularities,” she said in a Twitter video, posted ahead of the Electoral College count.

Mark Rom, who teaches public policy at Georgetown University, says that in today’s GOP, aligning with Trump is key.

“Voting records are irrelevant. What matters in this case is the willingness to say today that President Trump’s election was stolen, that Biden is not legitimate," he said.