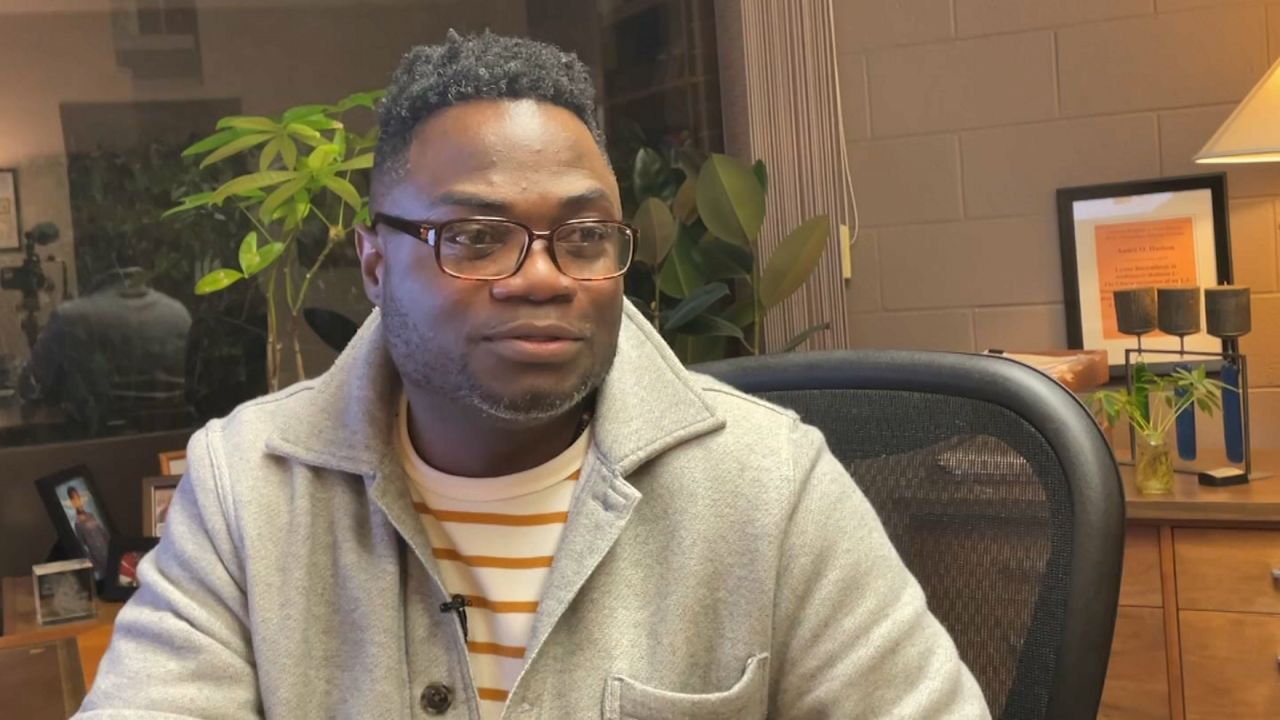 ROCHESTER, N.Y. — Rochester Institute of Technology’s Interim Dean of the College of Science Dr. André Hudson has been named the fifth Most Important African-American in Technology in the 2022 issue of the Journal of Black Innovation.

“I was surprised because I still don’t know how I was nominated,” he said. “That’s the beauty of science. Because every so often you have, like, a huge leap.”

Hudson grew up in Jamaica facing challenges early in his life when he moved to the United States as a kid.

“I asked a lot of questions when I was young,” Hudson said.

He recalls his early curiosity to find answers that ended up driving his passion for biochemistry.

“Telling the story of science and how impactful it could be especially as it relates to inspiring the workforce for it to solve major issues that are going to need science to solve,” he said.

It’s both the reason for why he loves his job and why he chooses to lead as an African American in STEM.

“My favorite part of the job is just to advocate for my colleagues, whether it’s my faculty colleagues or staff colleagues or my student colleagues, in order to get things that are going to help them along their journey,” Hudson said.

He says this helps him bridge the representation gap in STEM. The Department of Labor reports only 6.5% of people in STEM are Black or African American. Hudson’s award is giving him the extra push to inspire more people of color in STEM.

“A lot of times in our communities, we don’t have representative examples or we don’t have a lot of representative examples,” Hudson said as he assumes his role as a leader to identify what the community needs. “The peer impact value or the inspirational value of another student of color and other male students or female or whatever it is, could hopefully reflect something in myself that they see in themselves to kind of help inspire them to be right."

He hopes this encourages more representation in the future.

“If those schools could see an individual such as themselves from the same socioeconomic background, from the same race, from the same country, from the same ethnicity, whatever it is, hopefully, could provide some inspirational impact,” Hudson said, and, ultimately, building the next generation of science.

"You’re not a leader until you create a leader that creates a leader right? Which means that you have this kind of generational or sequential impact,” Hudson said.