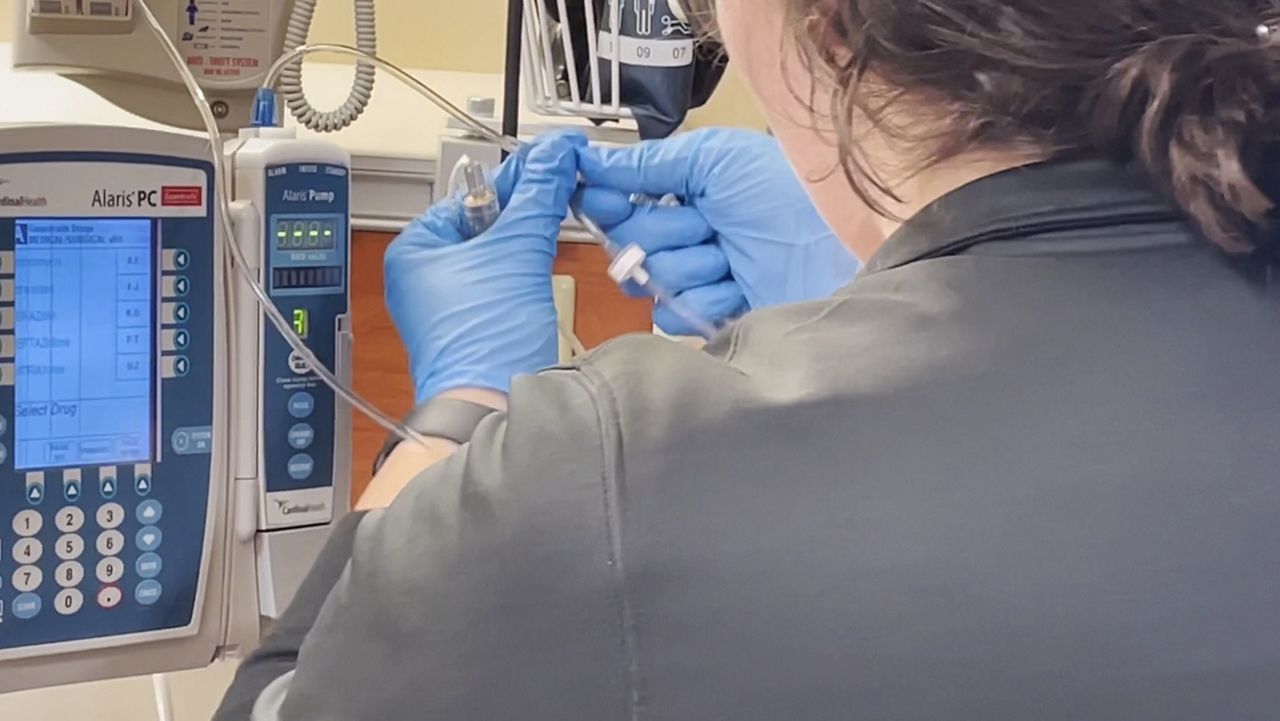 Despite worker shortage, NY nursing students still choosing the field in hopes of making an impact

BROCKPORT, N.Y. — With the nursing shortage around the globe, the World Health Organization reports that the world could be short 5.7 million nurses by 2030.

But for Leigh Sillen, a nursing student at SUNY Brockport who grew up with a brother with special needs, she says she’s never had a doubt that she wanted to take care of others.

“I got a lot of exposure to what different people in the hospital did," Sillen said. "And because of that too I just felt like caregiving came really natural to me. So nursing seemed like a natural next step.”

As SUNY Brockport’s chair of nursing Kathy Peterson says, this is common for many students that choose nursing.

“A lot of them want to work with people and want to do something great and see nursing as a real viable field right now, which it is,” Peterson said.

And though at first the pandemic may have shied some students away from choosing to go into the field, it doesn’t seem to be keeping them away anymore.

“Last fall 2021, we only had 76 students start the program, we usually have 80,” said Peterson. “I think there was a little bit of fear about vaccinations and everything else. But this year we have a full class of 80.”

For students like Sillen, instead of being scared by the pandemic, it only pushed them to keep going.

“I think that we find it motivating,” she said. “I feel like a lot of people definitely expect nursing students to shy away. But this is a perfect example because the world needs nurses now more than ever.”

And as Sillen reaches the end of her college career, she is more excited than ever to finally step into her field.

“You know you wait so long to become a nurse,” said Sillen. “So to finally be there and be on your last steps is really exciting. Especially for a lot of us who knew when we started college who knew that nursing was where we wanted to be.”

But even with students like Sillen, Peterson says that she doesn’t think the shortage will lessen anytime soon, because according to the U.S. Labor Statistics, around 200,00 nurses a year are needed between 2020 and 2030.

“That’s an awful lot of new nurses,” said Peterson. “And the acuity in hospitals is just going to get worse. So I don’t think the nursing shortage is going to go away any time soon, even as all of the departments and schools of nursing try to increase the number of students in their program.”

But students like Sillen say they are ready for the challenge.

“I think that these graduating classes are going to be a big help to everything we’re experiencing right now,” Sillen said.