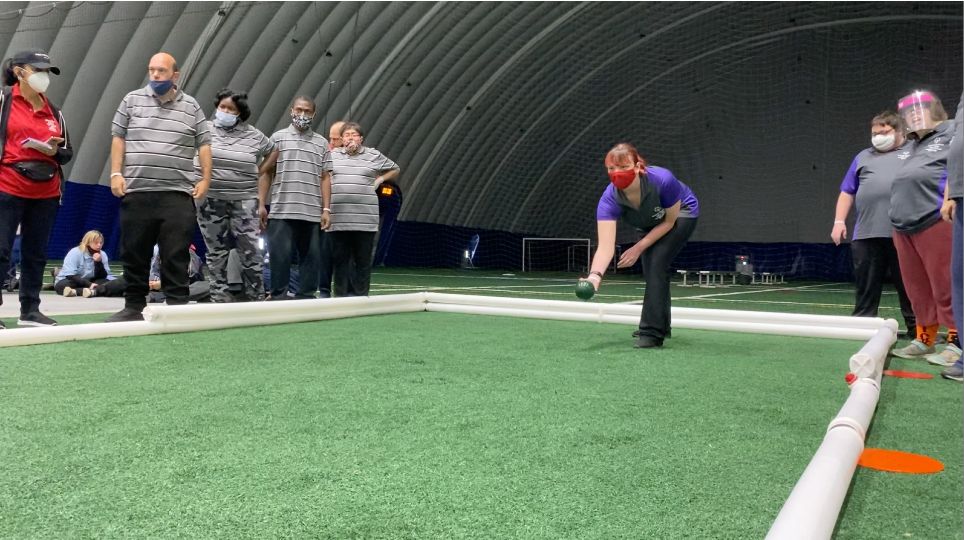 Special Olympics New York brought in around 500 athletes from across the state.

Kinsey Henry is one of the best bocce ball players you’ll see there.

She had one goal on her mind Saturday, going for that shiny gold medal.

“It will say that I tried my best, and that my hard work has paid off,” Henry said.

Kinsey is a modest competitor. Along with competing in the state Special Olympics, she’s competed at the Worlds level too, in Track and Field and Snowshoeing.

She says the athletic field is one of her favorite places to be.

“It’s the chance to be a part of something that you can just be yourself and you don’t have to change anything,” Henry said. “You get to be around people that are just like you and makes you feel like you actually have a second family and friends.”

This year, Kinsey is serving as a leader at the games. She’s vocal, encouraging her team every step of the way.

Her father Kevin, who helps coach the team, says she wasn’t always like this. But he says sports helped her open up.

“She was so very quiet, so very scared,” Kevin Henry said. “Sometimes very violent because she didn’t know how to interact or be social with others. Special Olympics gave her the chance to be with others that had the same disabilities.”

He’s seen his daughter grow into the confident person he always envisioned she could be.

“She takes her role very seriously, she kind of becomes a momma hen sometimes too,” Kevin Henry said. “You wouldn’t think that if you knew her personally but she seems to slide into the role. She seems to make sure others do what they need to do.”

Kinsey says her role extends beyond this weekend's games. She’s got others to inspire back home in Ithaca too.

“It’s really about showing my area that somebody is out there speaking for us, and it will really show that any athlete can really work hard and get to where you really want to be,” Henry said.

In a tight game two, Kinsey’s team pulled out a close victory. It was a total team effort from everyone involved.

A gold medal in Bocce is once again headed back to Ithaca.