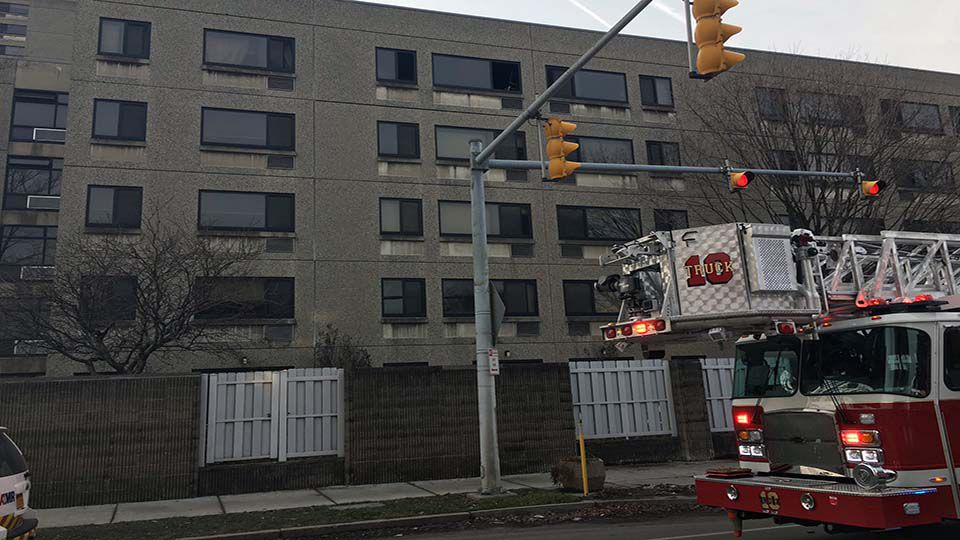 Rochester firefighters say a woman is dead after an apartment fire in Rochester's South Wedge this evening.

Flames broke out around 2:30 p.m. on the fifth floor of an apartment buidling on S. Clinton Avenue.

Responding crews were told a person was trapped inside.

Two other people in surrounding apartments were taken to the hospital for smoke inhalation.

Firefighters say a tower always provides an added challenge when taking on a fire.

Lt. Fleming says the woman who was previously in critical condition is dead.

Those who live on the 5th floor will not be able to go back into their apartments for the time being. pic.twitter.com/pM7iGDGs4d

"There are certain designated attack stairwells and evacuation stairwells. We have to hike up the five floors, hook into the stand pipe systems for our hoses to get water, so there's a lot of moving parts that go on with this," said Lt. Ryan Fleming with the Rochester Fire Department.

All 300 of the building's residents were evacuated due to the fire.