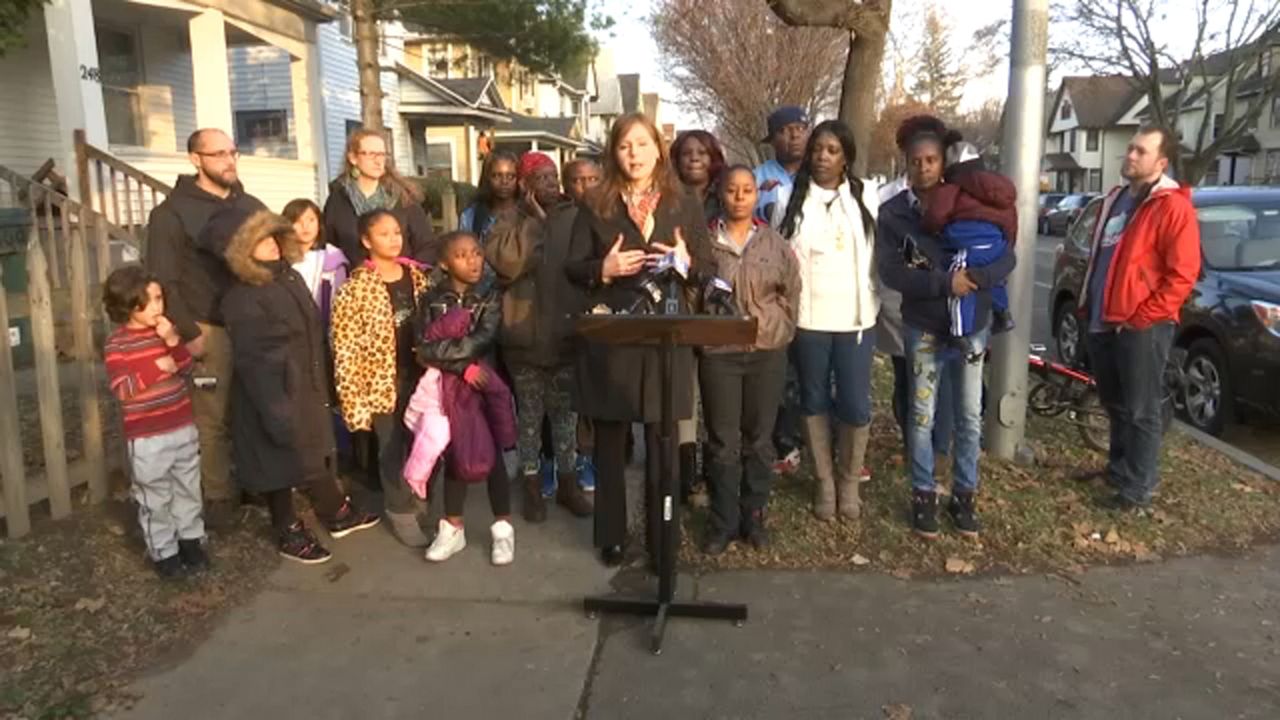 Less than two weeks after a fatal pedestrian accident on Rochester’s Eastside, a Monroe County legislator was joined by the grieving family to call for more transparency from police following those kinds of accidents.

Gabriel Cunningham says her husband and father of eight, Roderick Cunningham, was a kind man.

“He had a tender heart, he was hilarious, a little bit grumpy," Cunningham said. "But he was just a good person.”

He was killed just over a week ago by a car on the road while walking on Parsells Avenue. The driver was never identified by police or charged, and his cousin Desiree Greer says the family wants to know why.

“We just want answers here, and we want things better, just in case it happens to someone else,” Greer said.

Monroe County Legislator Rachel Barnhart says all that information, as well as factors contributing to the accident, should all be released to the family and community whenever there’s a serious injury or death so there’s accountability and transparency.

But the Rochester Police Department says its policy is to not identify people who are not charged, but the police report is available to anyone that requests it.

Spectrum News requested and received a copy which identifies the driver and states he called in the accident and waited at the scene for police. While the report says an estimated speed is unknown, it says the driver wasn’t intoxicated. According to the report, the driver told police he wasn’t sure what he struck due to oncoming headlights obscuring his vision.

The family says they have more questions than answers, and Barnhart wants to make sure that’s never the case again. She wants to host a public forum next year with local law enforcement leaders to discuss how police treat these incidents.

“It is not acceptable anymore to say the driver is cooperating, no charges are being filed, end of story," Barnhart said. "That has to end. It dehumanizes and minimizes the victims.”

Barnhart's team has set up a GoFundMe for the family.