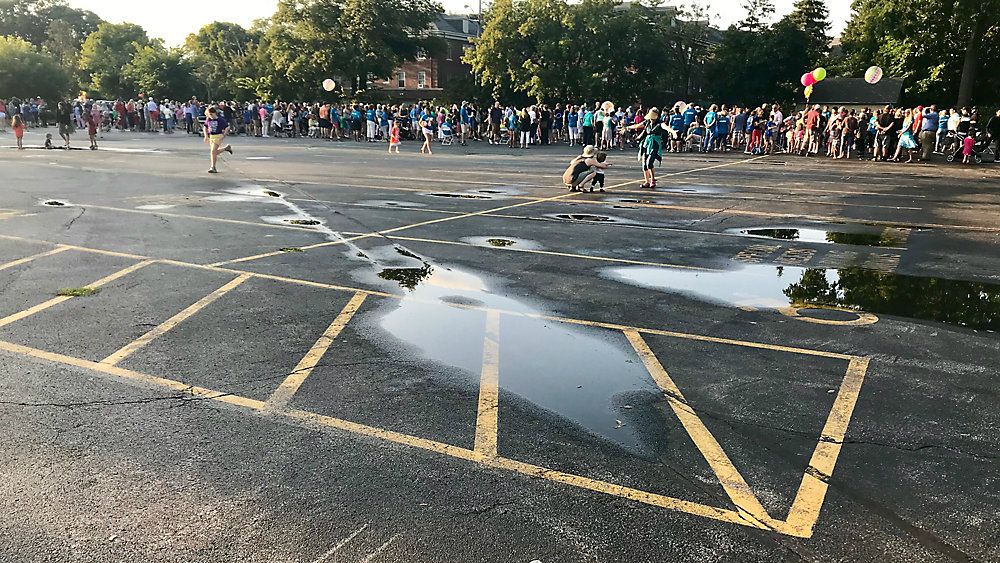 Asbury First Methodist Church was once again the site for a Guinness World Record attempt Thursday. Last year more than 600 people attempted to break the Guinness Book of World Records for the most people hopscotching at the same time.

This time organizers called on people to come out and “spread the love” by setting the record for the world’s longest hug relay.

Here is the back of the line. Still a lot of hugs to go! pic.twitter.com/HSiErgN6pb

Cady says that in light of the recent violence, it's more important than ever for people to get to know and love their neighbor. So while the group did not break the record, the night was overall, deemed a success.

"For me, the success of this event is not actually spreading the record, it's standing in a divided world and spreading the love," said Cady.