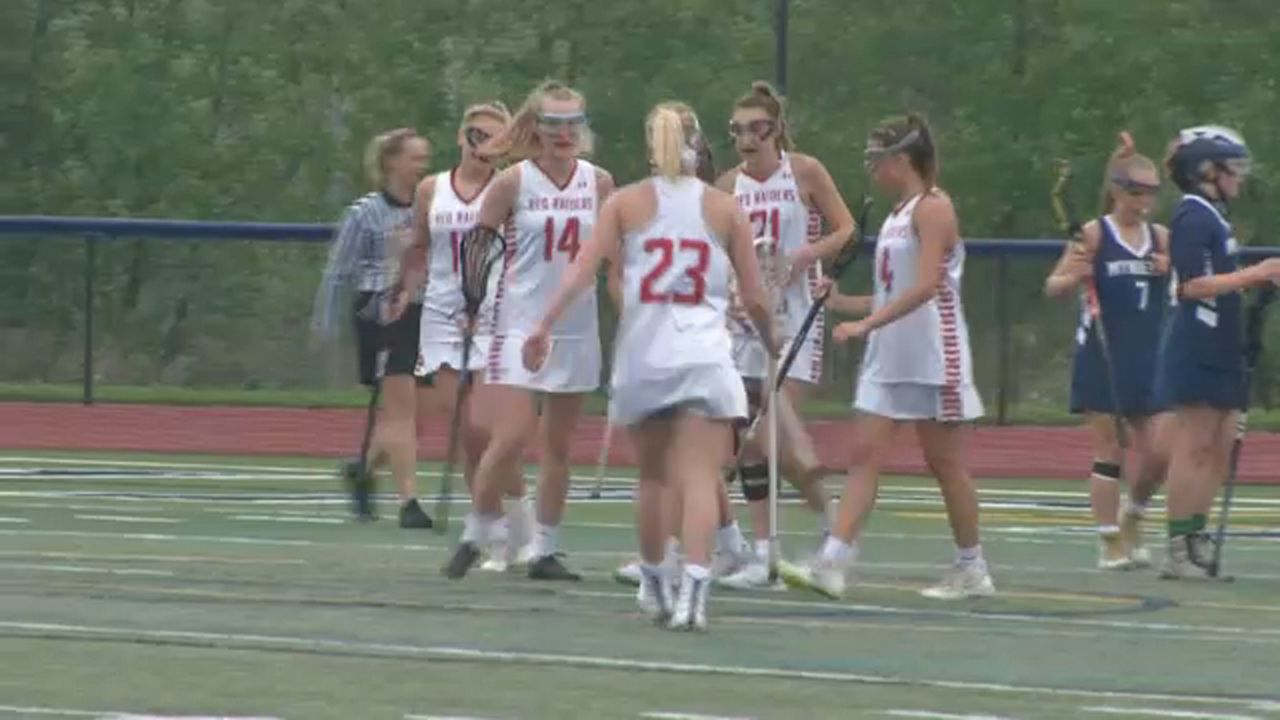 Pal-Mac Girls Lacrosse Headed to States For a Third Time

Pal-Mac is headed to their third straight state tournament following a regional win over Eden on Saturday, but another final four appearance isn't enough for the Red Raiders.

"We have a lot of motivation," Pal-Mac Senior Midfielder Emma Arnold said. "We've made it twice and just come short every game so I think this year we're like, 'Let's take it one step farther.'"

"There's only ever been three state titles in the history of this school, one in basketball, two in wrestling I think that's a very top-notch goal to have," Pal-Mac Head Coach E.J. Burse said.

Last year's run happened without one of their leading scorers, sophomore Andra Savage who went down with a knee injury at Canandaigua, just a few games short of the post season.

"At first I didn't know if it was torn or not then when the results came back I just knew I had to come back and fight to be better and stronger than I was before it happened," Savage said.

And the season was far from over for both the team and Savage.

"Even as an injured player, she was a part of that run," Burse said. "Her support, and not just her rehab and her work in the offseason, but her involvement in our youth program, she stayed very connected to the program."

"I know some girls who couldn't come back from it and I'm so grateful that I could, I'm just going to take every opportunity that I get," Savage said.

Pal-Mac takes on Mattituck in the state semifinal on Friday.