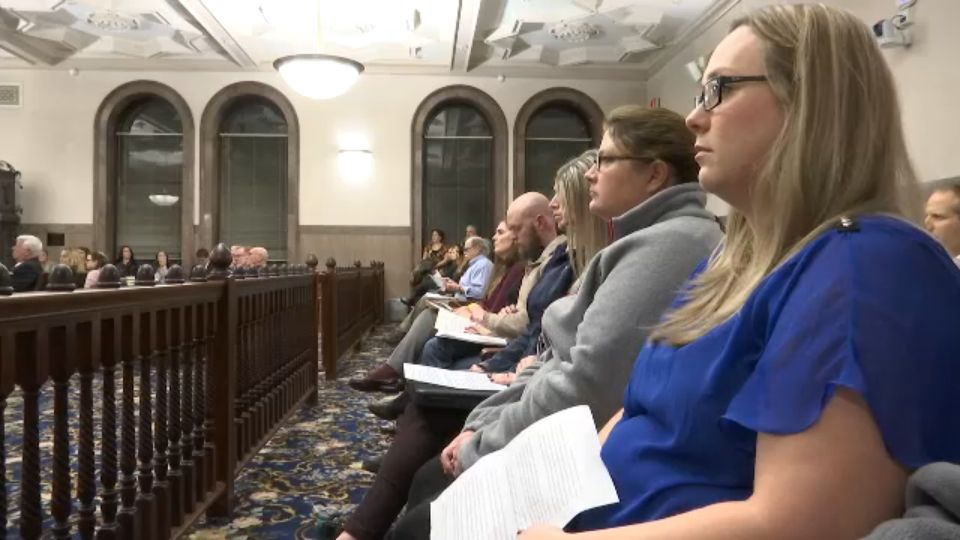 Monroe County’s announcement about a waiting list for all new referrals to early ntervention for evaluation starting December 1 has caused uproar.

The Children's Agenda, 30 local doctors and parents were in the process of sending an official call-to-action for the county to end the waiting list for children who need services such as occupational or speech therapy, but on Thursday, county officials announced the list was no longer going to happen.

“We have at least a partial victory from all the community pressure that has been exerted at the county. They’ve agreed to withdraw the waiting list; they are reassigning at least six administrative personnel to supplement the care core staff,” said Chief Executive Officer of The Children's Agenda, Larry Marx, during a press conference to bring awareness.

The Children's Agenda says the proposed waiting list would have placed Monroe County in violation of state and federal law, which require service coordinators to be assigned promptly and a child’s service plan to be developed within 45 days of referral.

“I’m a mom – a mom of 21 children,” said Brittany Jencik​. She has seven children who are biological and 14 that are adopted.

“Fourteen of our children have special needs. We’ve had early intervention in place in our home since 2002, fairly consistently, and they’ve made all the difference in the world.”

Children with conditions like Down syndrome, autism spectrum disorder and other specials needs placed on waiting lists for weeks — months, even — is unacceptable says Karen Spawton, who retired from the Rochester City School District after a decade of serving as the Committee of Preschool Special Education chair for children 3-5.

“Birth through five has been in crisis for quite a few years,” Spawton said. “I think [county officials] finally reached a tipping point where they could no longer start to really service the children [birth to 2 years old] and something really had to happen.”

Subsequent to the press conference, the group and additional advocates voiced their concerns during the Monroe County Ways and Means Committee meeting at the County Office Building.

Monroe County Communications Director Jesse Sleezer explained how the six relocated employees from the Department of Health will serve as a temporary solution. He says, “The county is committed to keeping our internal solution in place as long as we need so that it will eliminate any needs for a wait list. Children and families will have access to early intervention intake and case coordination just as they’ve always had.”

Nonetheless, he says the bigger, more complex issue is with the state.

“This is a state-mandated program. The state created this crisis by failing to adjust these rates as its responsibility for several years – decades, even, at this point — and only the state can take action to set those rates,” said Sleezer.

As Monroe County Executive Cheryl Dinolfo works on requesting state emergency funding for early intervention rate increases in Albany, the group however wants county officials to hire six new service coordinators to help New York State improve its reimbursement rates and structure, which they too believe is the main cause of the problem.