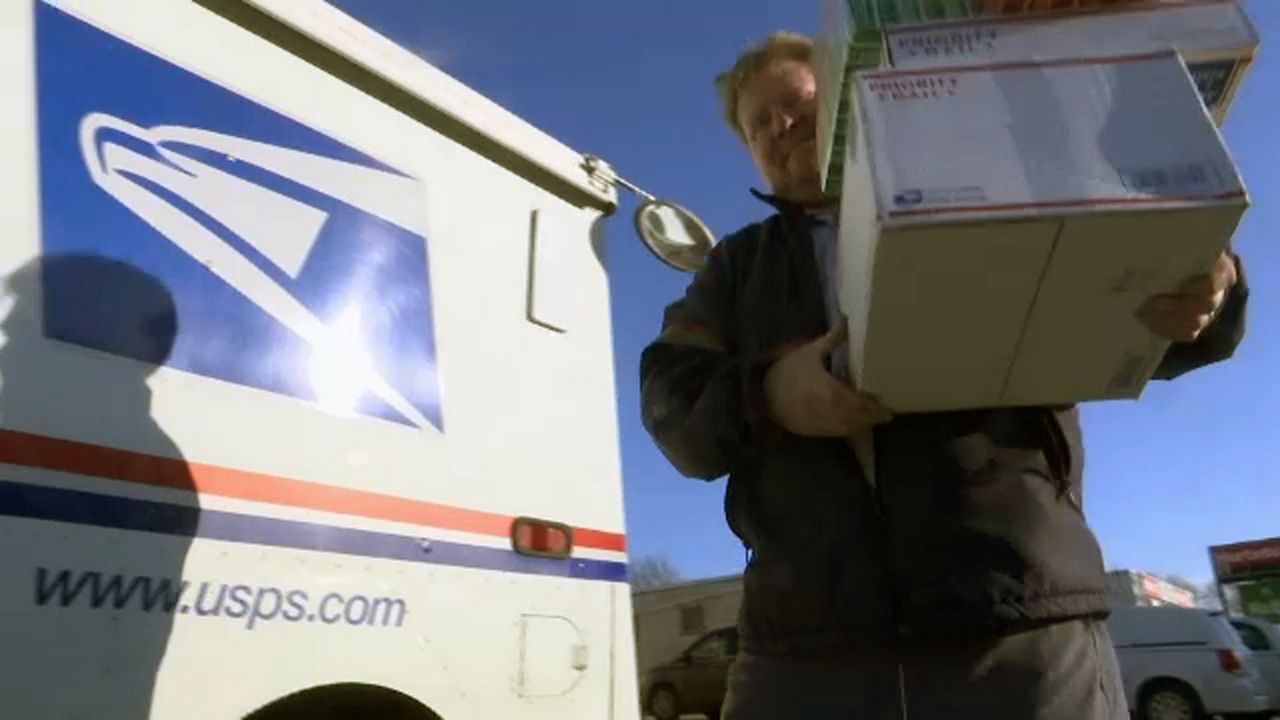 Lines stretched out the door are not uncommon this time of year for postal workers as increased gifts and packages are a familiar scene during the holiday rush. Billions of deliveries are expected to be made by mail carriers this holiday season.

Beginning next Sunday, the United States Postal Service will adjust its schedule to accommodate the demand.

"Everyone is kind of chipping in and helping seven days a week, it's very hectic!" added Boal.

Boal has been a mail carrier for 15 years and says there are barriers on the delivery route that delay carriers.

"I delivered at a house today. They [homeowner] had Christmas decorations all over their house number," Boal said. "So I had to walk up right on to the front porch and make sure it was the right house number. Luckily it was, but visibility is huge, lights on, try to keep the cords from the balloon stuff out of the way so we're not tripping on it, but snow removal is huge and welcomed."

Boal says keeping your dogs locked up is also appreciated.

Once carriers have successfully delivered the USPS says you should track your package and remove it from the porch as soon as possible.  Whether you're expecting or sending a gift USPS says pay close attention to their deadlines.

The earliest deadline will be on December 14th for ground delivery, December 20th for priority mail, and December 22 for Express Mail.

"We always say this — mail early and there won't be any disappointment on Christmas Day," said USPS Spokeswoman, Karen Mazurkiewicz.

Over the next three Sundays the Cheektowaga Post Office on Galleria Drive will be open and have extended holiday hours.

The USPS branch on Cayuga Road is open year-round Saturdays and Sundays from 11 a.m. to 7 p.m.