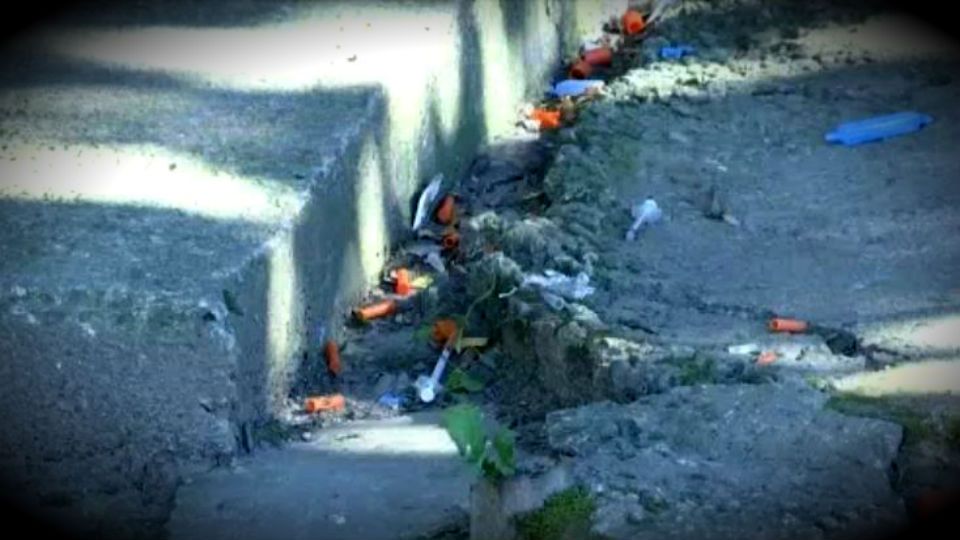 ROCHESTER, N.Y. — Law enforcement officials are responding to Rochester residents concerned about the heroin epidemic making its way into their own backyards.

Sanders says the growing heroin problem she’s noticed in her own backyard of North Clinton has her afraid for her and her family.

“I don’t have my [grand]kids here at my house," Sanders said. "I send them to my oldest daughter’s house because I don’t want them brought up in that kind of environment.”

“Kids should be able to go outside and play. They shouldn’t have to worry about tripping over needles," Doorley said. "So we have to do something, and we really are trying.”

The North Clinton neighborhood is being ravaged by the heroin and opioid epidemic. More than 1,500 dirty needles were picked up there just last weekend. #ROC pic.twitter.com/k3CABV9CMR

Overdoses in Monroe County are on track to outpace last year's, thanks in part to the synthetic heroin fentanyl.

Delyser and other members of the task force say they’re just as eager to stop the problem.

“We, you, I, most people have never seen anything like this. This type of scourge or epidemic," said Sgt. Brett Sobrieaski, RPD. "And we’ll probably never see it again in our lifetime, that’s how big of a problem it is across the country.”

It starts with enforcement. Sobrieaski says they are turning out search warrants of drug houses every day, at an all-time high. The Monroe County Sheriff’s Office says the task force has already seized over 1,200 grams of heroin this year.

“We’re taking down drug houses, and drug dealers, so we’re funneling all our resources to it, there’s no doubt about that,” Sobrieaski said.

The District Attorney says they are prosecuting drug dealers harder than ever; with lengthier sentences and over 30 felony indictments since the task force was created.

“For drug dealers, we have absolutely no sympathy," Doorley said. "We’re going to prosecute you, and if you’re responsible for an overdose that causes a death, we’re going to use the law as it is, and prosecute you for a homicide.”

But it doesn’t end there. They’re also focusing on outreach, getting addicts and low-level users the help they need. And while one concern voiced by the community is a lack of beds for those seeking help, Sobrieaski says that’s changed thanks to growing relationships with service providers.

“When we come across non-fatal overdoses, and that person wants help, they can get help that day,” Sobrieaski said.

“Reach out for help. There’s no shortage of assistance out there," said Find Your Path director Jonathan Westfall. "As I mentioned, there's Open Access. Or in the news today. It's hard to escape it being right in your face and prevalent.”

Where to Find Help

The task force's final prong of attack is education, where they all agree the fight will really be won.

They say here the community can play a role too: Educating your neighbor, and reporting anything you see with as many specific details as possible.

“It’s like any problem," Delyser said. "Big problems are made smaller by more people being involved. Heavy work is made easier by many hands.”

Still to come is even more outreach programs they hope to roll out in the near future, and Project Hope is coming this fall; which will divert addicts out of the criminal justice system and into treatment programs.

“We’d really like to give them the benefit of changing their life, and not coming into the criminal justice system," Doorley said. "And we hope we can change a life.”

They hope together, as a community, the battle can be won.

“We’re gonna get there, there’s no doubt," Sobieraski said. "We’re going to get there, but it just doesn’t happen overnight, and we’re not going to solve it overnight.”