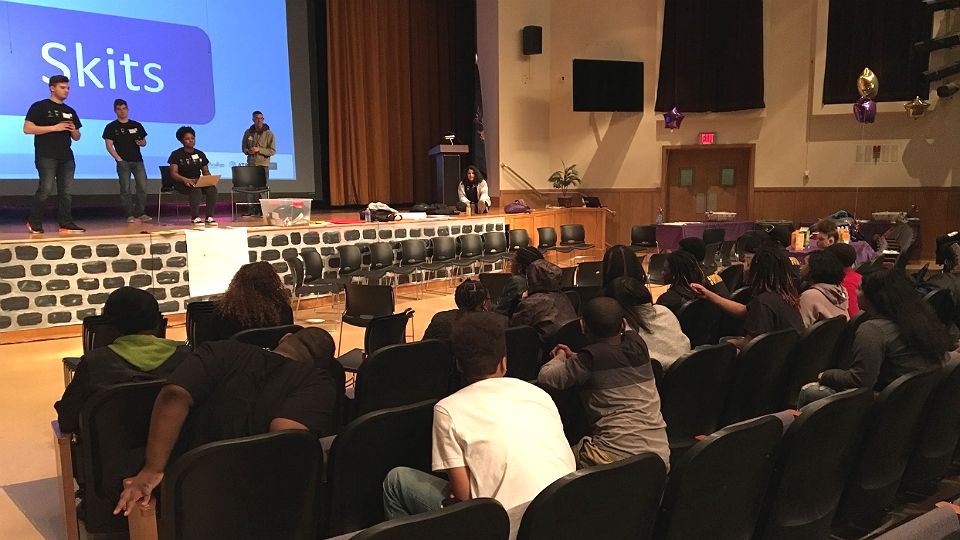 ROCHESTER, N.Y. — Friday offered a unique lesson to students of the College Prep Center at East High, one that taught them how to treat each other with respect online. Undergrad students from Siena College came to East High to talk to students about the issue of cyberbullying.

It's all a part of the AT&T and Siena Upstander Program, a new cyberbullying peer-to-peer prevention program. In 2016, a survey conducted by Siena, AT&T and the Tyler Clementi Foundation found that 36 percent of students in the Rochester area are victims of cyberbullying, the highest percentage in Upstate New York.

"Cyber bullying is a huge issue, and it's something that adults are somewhat removed from,” said Dr. Shaun Nelms, the Superintendent of the College Prep Center at East High. “It's a world in which kids live and we are visitors. We're trying to work with them to try to identify when they are being cyberbullied, or their friends are, how to be supportive of them, and how to change the environment and culture of social media."

The ambassadors program selected 25 student leaders for a workshop on how to talk to their friends about the issue. The school then organized an assembly to discuss cyberbullying and how to prevent it.

"I was bullied before for my sexual orientation,” said Quion Callier, a 10th Grader at East High. “So people would mess with me a lot and pick on me. If I posted a picture of myself with a few friends, people would comment, calling me gay to hurt my feelings, but I have a lot of female friends who will really stand up for me. It's empowering."

The Upstander Program also screened a video, which features short films about the damage done by cyberbullying, and examples of how to combat it.