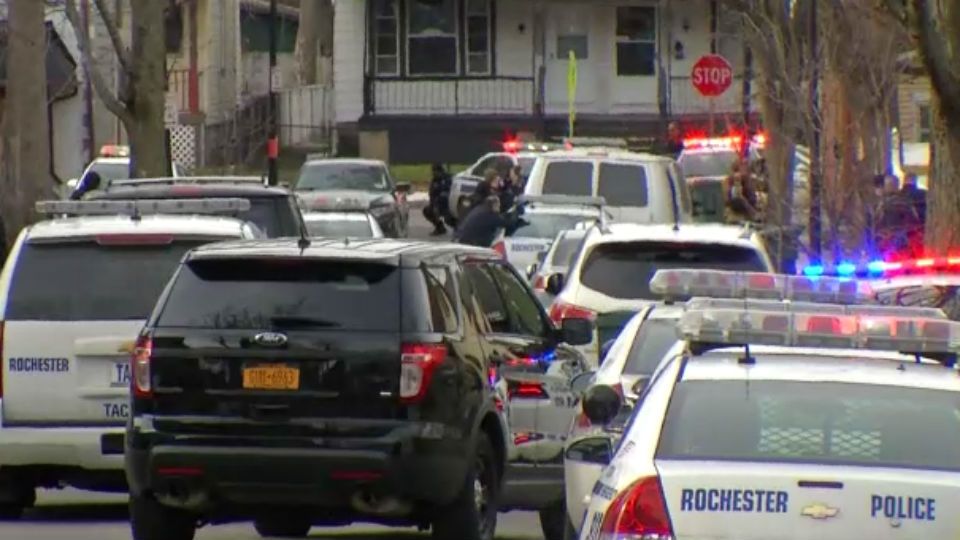 Three of the officers involved in Monday's drug raid were from the Greece Police Department. Another is a Monroe County Sheriff's deputy.

Federal agents say those men, along with an RPD officer and a Border Patrol agent, were the ones who were fired upon and exchanged fire during Monday's raid on Burbank Street.

The men are part of GRANET, a multi-jurisdictional unit fighting trafficking within Monroe County. The unit utilizes wiretaps, undercover agents and surveillance equipment to investigate large and small-scale operations.

GRANET has removed guns, drugs and millions of dollars of drug money from the streets since its inception nearly 15 years ago.

"The criminals don't have borders. We do, but they don't," said Patrick Phelan, Gates Police Chief.

Phelan and Monroe County Sheriff Todd Baxter say being selected to GRANET is an honor. Officers submit their applications and are chosen to represent their department on the team. In Greece, Phelan says the officers are assigned to the special task force for approximately 18 months.

Just six months ago, another GRANET officer fired his weapon after police say a suspect pointed a shotgun at him during a raid on Rustic Street.

GRANET officers are potentially putting themselves at greater risk by participating in high-scale investigations. That thought is never far from the minds of the supervisors who send them on missions to face drug dealers who have a lot to lose.

"They got a lot invested, years and years and lots of money. The last thing they want to see is that come tumbling down, and as we've seen yesterday, they're not afraid to shoot at police officers to protect that." said Monroe County Sheriff Todd Baxter.

"Let everybody know in this community that we're working together and let the criminal element know that we're going to come at you," he added.