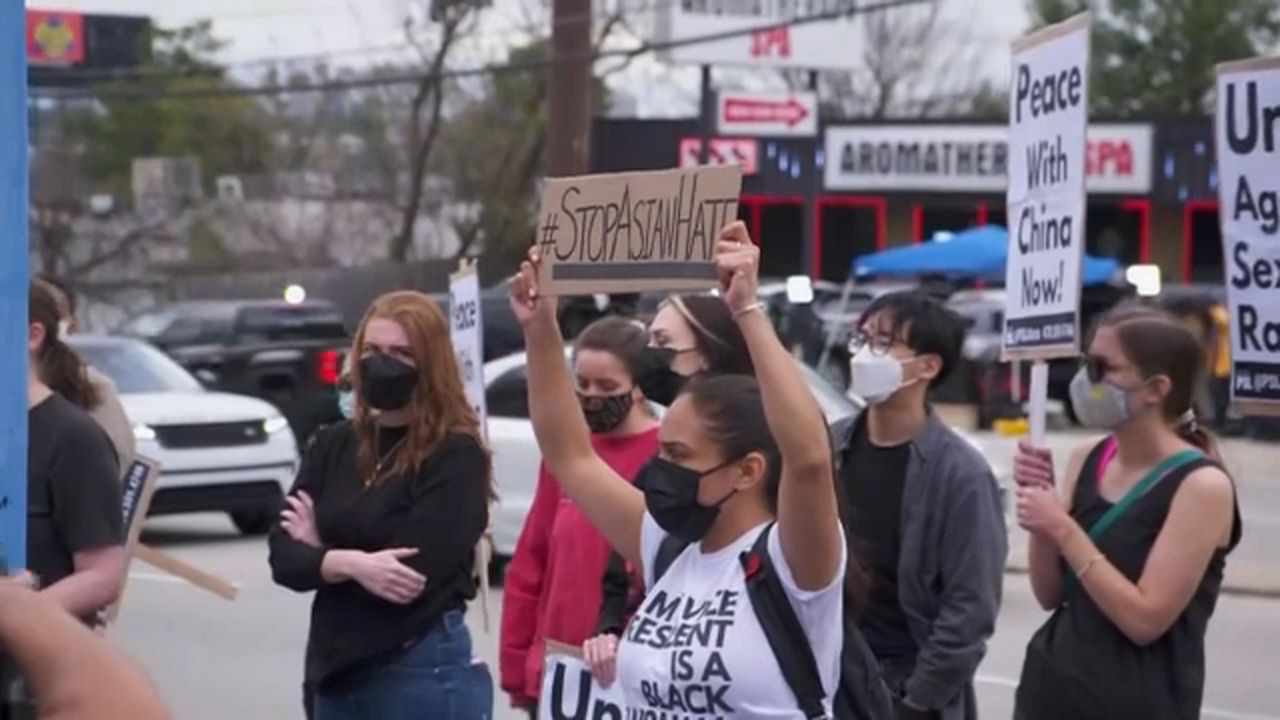 University of Rochester Group Speaks Out Against Asian Hate, Discrimination

ROCHESTER, N.Y. — After Tuesday’s shootings at three Atlanta spas where eight people were killed, six of them being Asian women, the University of Rochester released a statement to students saying in part:

"Sadly, we have heard from members of these communities at the University that they feel targeted and unsafe, even here at an institution that places diversity, equity, and inclusion among its highest values. We want to express, unequivocally, our support for our Asian, Asian American, and Pacific Islander students, post docs, faculty, and staff.

However, Adrija Bhattacharje, the president of the Asian American Alliance at Rochester, is asking for the university and the country to do more.

"They sent out a statement of solidarity,” said Bhattacharje. “I believe every university did, but it's just like we want more action. More change."

Bhattacharje is of South Asian descent, and as president of AAA-Rochester she leads Asian, Asian American, and Pacific Islander students to come together and discuss their experiences.

She said the shooting was devastating to their community, and that it has been hard for her to look at social media. The tragic incident has not been labeled as a hate crime by the police, but many in the community believe it was.

"How do you react to something like that, when it's like you've been seeing stuff like that in the news, and then you see reports where the police officers and other white people are brushing it off like 'oh, he's had a bad day,’ ” said Bhattacharje.

Hate crimes and micro-aggressions against Asians and Asian Americans have been reported to be on the rise in the country over the last year since the pandemic started, because it is believed by many that the coronavirus started in China. According to the Stop AAPI Hate website, 3,795 incidents have been reported to the site between March 2020 and February 2021.

Bhattacharje said she feels like Asians in America have been seen as a scapegoat and as easy targets.

"Just with everything going on and it's been a year, and people are tired of the whole mask mandates. I don't know; I really can't explain people's hateful behavior​,” said Bhattacharje. "... they think that we as Asians aren't going to say much. Or we as Asians have never been the ones to be politically active, or never been the ones to say anything about other minority groups or other white people, so we're like the perfect target."

She said that her generation is going to change that and speak out. She also says support is available for people of the Asian diaspora.

"There are counseling hotlines online," she said. "You can file bias incidents reports ... If you need help, there is help."

AAA-Rochester will host a zoom conversation titled, Stop Hate Against Asians on March 22 at 7:30 p.m. The Asian/Pacific Islander/American Association of Greater Rochester is also a local resource. End Hate ROC will be hosting several conversations about how to stand with Rochester’s Asian community, starting March 21 at 5:30 p.m.

The University of Rochester listed support resources for its Asian and Asian American students in its statement. Some of those were the Office of Equity and Inclusion, the University Counseling Center, and students or staff can submit a harassment report.

People in New York State can also report a hate crime or harassment on the state’s website.

Some national organizations are the Stop AAPI Hate, the National Council of Asian Pacific Americans or NCAPA, and the Asian Pacific Fund.