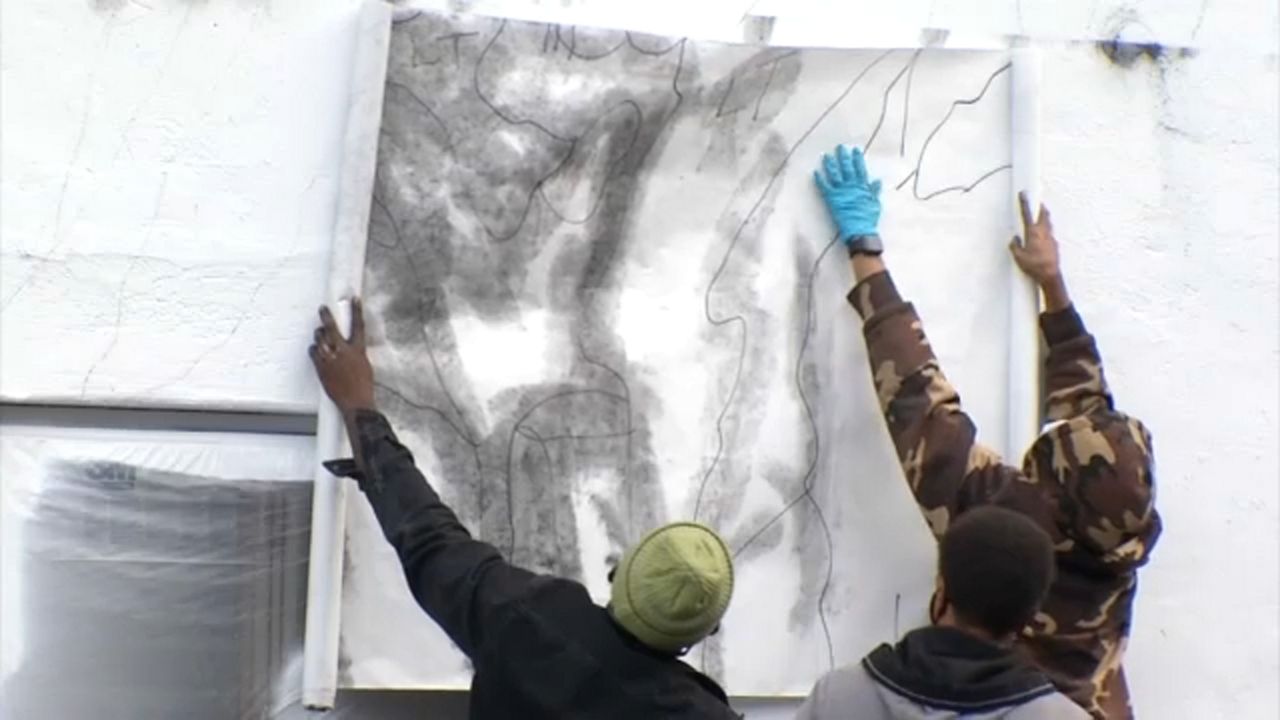 Mural for Congressman John Lewis in the Works in Rochester

ROCHESTER, N.Y. — A group of artists are going larger-than-life for an American hero who left an outsized legacy.

They're getting ready in Rochester to paint a massive mural of former Congressman John Lewis, a Civil Rights icon who died earlier this year.

Work on the mural is underway on State Street in the city, just a short distance from a statue of abolitionist Frederick Douglass, something the artist says will be part of the theme of his work.

"I titled it, 'I'm speaking,' so it's him at a microphone, talking. I knew that was across the street, me and Olivia worked on it, so it's the same thing, the historical area for these kind of speeches. And for activism, so I want to keep it in that realm," said Ephraim Gebre of Rochester.