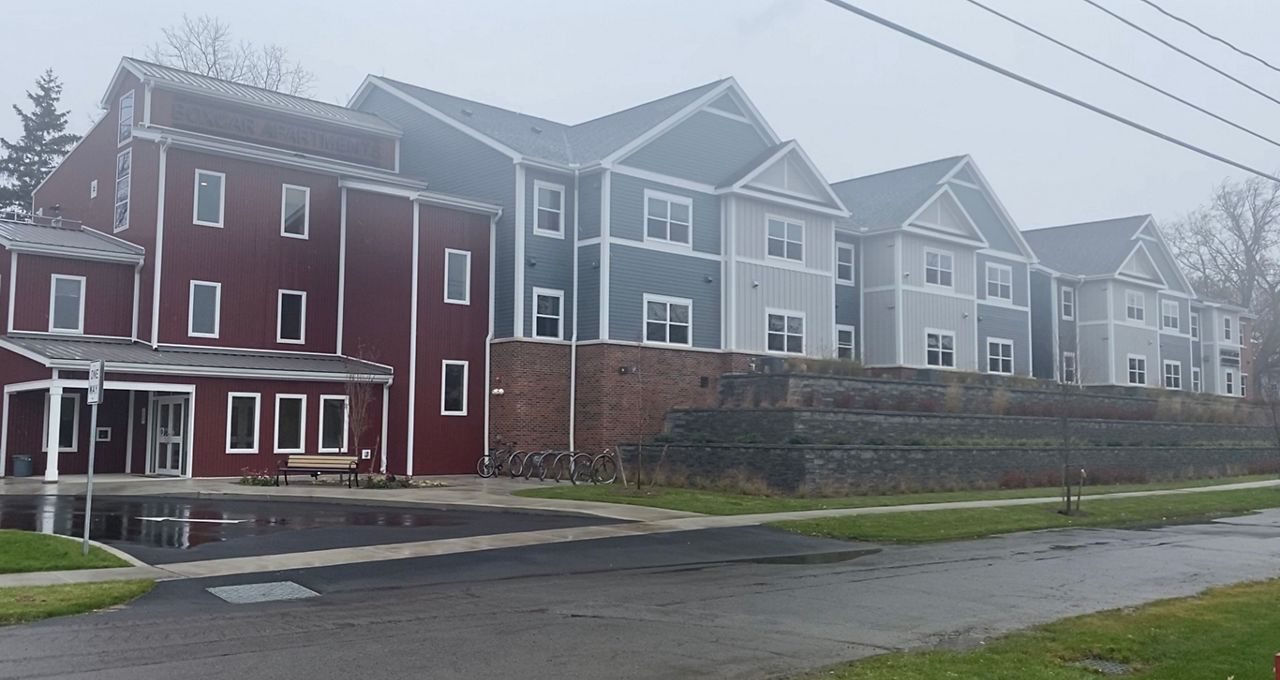 Although Gov. Kathy Hochul announced the state will spend $25 billion over the next five years to tackle inequities in the housing market, a recently retired Orleans County legislator is working to address this issue in their own backyard.

“We just opened Oct. 1 and we are right on the edge of filling all 40 units,” said Gillian Conde, vice president of DePaul Properties. "[It] is a testament for a need for this type of housing."

Conde said the apartments were a four-year project in the making.

The goal was to bring more low-income housing for the village.

“This is a group of people that work in our community that are renting, and they have traditionally fallen through the cracks of having opportunities to live in really safe and beautiful places,” Conde said. “One of the byproducts of us operating a building like this, is the rest of the multi-family units in the area will have to respond and take care of their properties as well.”

“It offers great opportunity for the village residents to participate in their local government. It’s a tremendous asset,” Deroller said.

However, the two developments only scratch the surface for solving a much bigger problem.

“We have a housing crisis along with a lot of other communities across New York state,” Deroller said.

Deroller said the county is experiencing a population decline and attributes it to a lack of housing options.

A recent report of Orleans Housing from LaBella Associates highlighted a need for more affordable housing and apartments. It also revealed that more than half of the homes in the county were built before 1960, with only 6% of homes constructed this century.

“It really pointed out,” Deroller said. “We didn’t have the right comprehensive plans, zoning land use policy and maybe some incentives to encourage developers to developers these spaces that are needed.”

As for now, places like the Boxcar Apartments only play a small role in bringing more housing to the rural county.

Conde said they are happy they can fulfill a need in Albion.

“To see people build a community and feel home and feel safe is incredibly enriching for my life,” Conde said. “It’s wonderful. Nothing better than the sense of home and for people to understand home.”

Before Deroller retired from the Orleans County Legislature on Dec. 31, he pointed out the local waterfront revitalization program, an Orleans County initiative to add more amenities along the Erie Canal could also bring more housing to the area.

“It’s going to be a great asset,” he said. “People love water and I think it enhances the opportunity for housing along the shorelines and this beautiful here of the Erie Canal.”