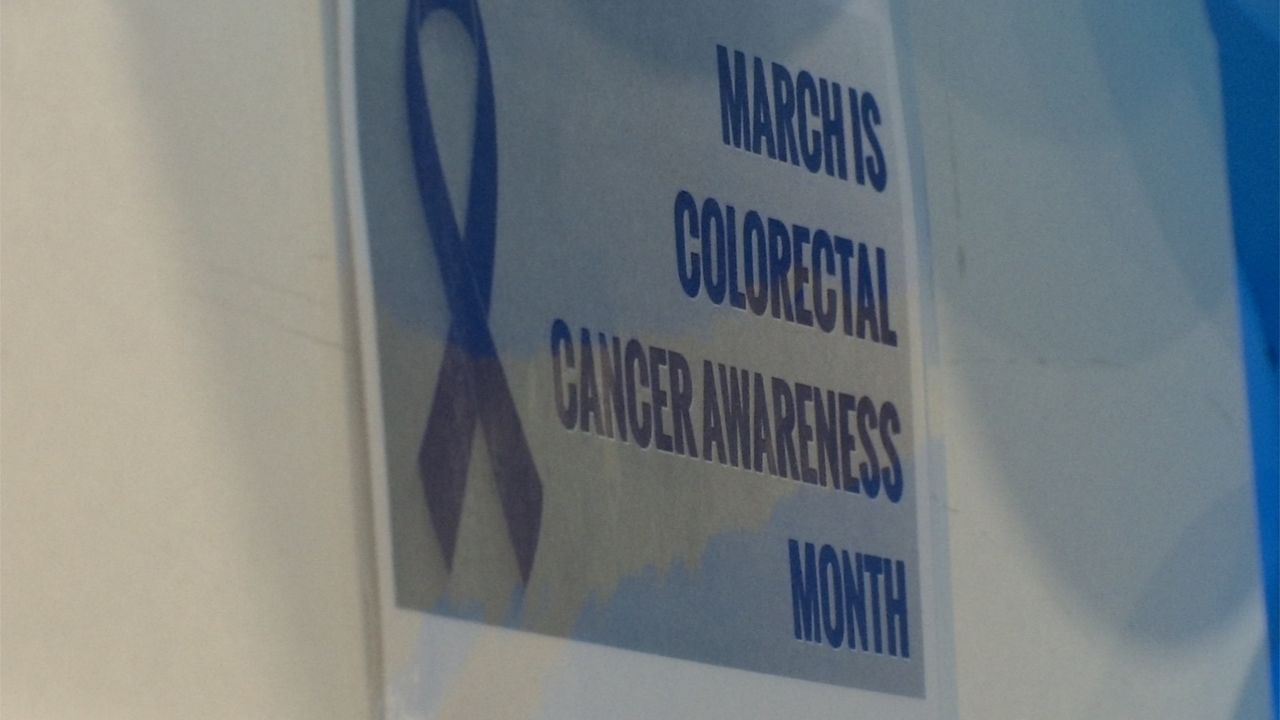 ROCHESTER, N.Y. — A positive cancer diagnosis is a call no one ever wants to get. On December 29, 2021, Spectrum News 1 reporter Seth Voorhees learned he was one of an estimated 150,000 people each year in the United States to be diagnosed with some form of colorectal cancer. This National Colorectal Cancer Month, he opens up about his recent diagnosis and the importance of screening.

Doctors use National Colorectal Cancer Month as a platform to urge people of a certain age to get a colon screening.

“Getting the news about cancer can be all of a sudden, you feel like the rug’s been pulled out from underneath you,” said Dr. Brian Teng of Rochester Colon and Rectal Surgeons, a group of surgical specialists dealing with intestinal tract issues, including colon cancer.

The emotion described by Dr. Teng is one nearly two million Americans may have felt last year. That’s how many new cancer cases the American Cancer Society estimates there were in 2021.

As a journalist, the story is never about me. I tell other people’s stories. This story is about cancer. It is a subject I’ve reported on many times. But this story, in a way, is about me. I wanted to share my diagnosis to shine a light on the importance of screening and hopefully, early detection and prevention.

My “routine” colonoscopy — my first, at age 54 — revealed five polyps. All were removed and sent to a pathologist for testing. One of the polyps had cancer cells. I received the news while out of town, visiting family for the holidays.

Colon cancer, while prevalent, is also one of the most preventable through screenings. Symptoms of colon cancer can depend on the size and location of the cancer. They may include changes in stool consistency or bowel habits, abdominal bloating or blood in the stool. Prior to the screening, I experienced none of these.

“A lot of people can have colon cancer without having symptoms,” said Dr. Teng. “And that's part of the idea of doing a colonoscopy, that we find them way before those symptoms ever happened.”

Until recently, 50 was the age the Centers for Disease Control and Prevention recommended for screenings. Now, that number is 45. Dr. Teng says doctors have noticed the rates in colon cancer in young people have risen. Why that remains somewhat of a mystery, he said. But doctors believe diet and environmental exposures could play a part.

“With no symptoms, you wouldn't have known until way later that there's something going on,” said Dr. Teng. “At that point, the horse is out of the barn.”

Still, some people are wary of the invasive procedure. Dr. Teng says some have fear of discomfort or embarrassment. He says colon cancer rates have dropped in age groups where people are being screened. If cancer is found, it’s treatable, he says.

“Survivability has definitely gone up, even in advanced cases like stage four colon cancer where it's spread to other organs,” said Dr. Teng. “Survival rates have increased by a tremendous amount.”

My surgeon and oncologist both recently told me that I am cancer-free. I feel lucky and incredibly thankful. I hope that by sharing my story, it will make a difference, and maybe convince someone else to get checked out.

“In some sense, doing all this stuff is kind of like maintaining your car,” said Dr. Teng. “You do the maintenance for it and that car will keep running for a long time.”