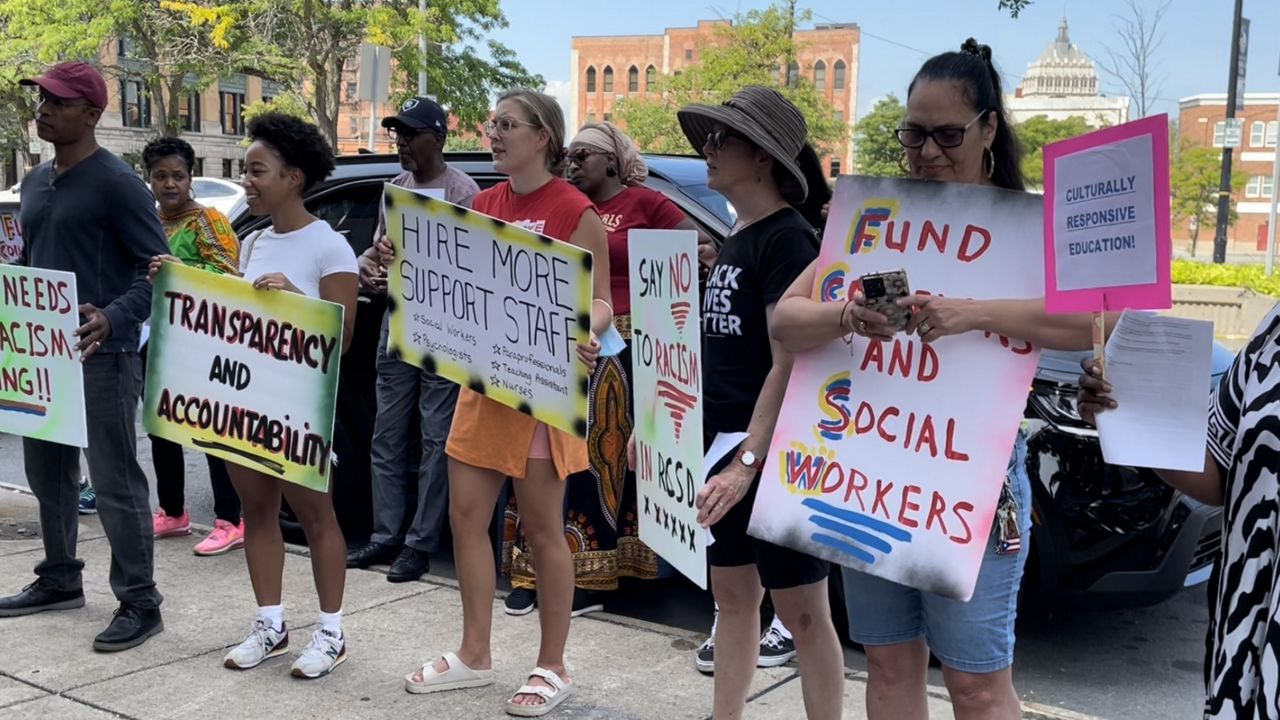 Activists call for transparency on how RCSD plans to spend $1.1B in funding

ROCHESTER, N.Y. — Education reform activists are calling for accountability and transparency from the Rochester City School District regarding how the district plans to spend $1.1 billion in funding provided by the Rochester Board of Education for the 2022-23 school year.

Activists and community groups organized a rally on Saturday with the theme "Halt the School-to-Prison Pipeline" for mobilization for public education.

“The school systems are really important to us [and] to our organization," community outreach coordinator of the M.K. Gandhi Institute for Nonviolence Christina Krewson said. "And its part of non-violence and creating a world where everyone can thrive."

“That money can really compact, could really assist in the development of our communities and also the school systems itself,” Citizen Action special project coordinator Jalil Muntaqium said. “And that’s our golden objective.”

Members are asking the funds to be spent on meaningful programs and strategies for students.

Members hope the money will not only help fund programs, but improve the trust between their community and the school system.

Education reform activists, faith-based representatives and community groups organize a march and rally for mobilization for public education. They are demanding transparency and accountability from the Rochester City School District. @SPECNews1ROC pic.twitter.com/GVm4a1i6V7

Spectrum News 1 has reached out to the district for comment.