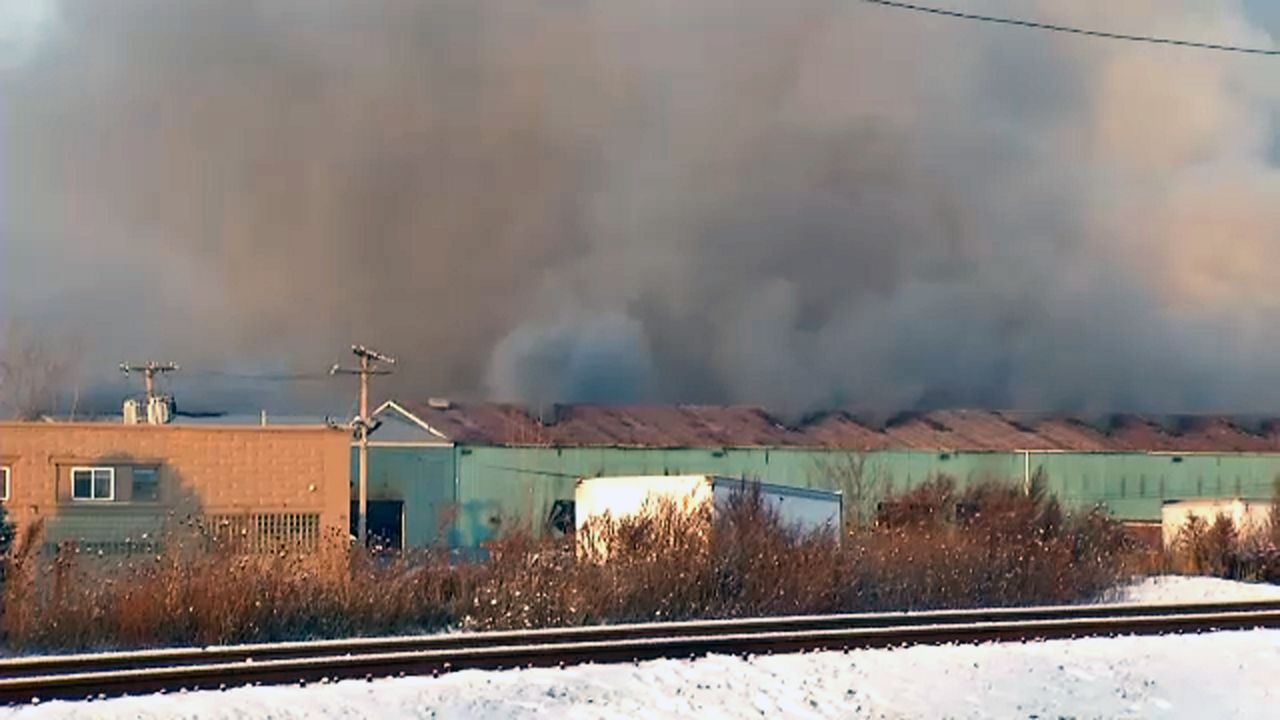 A three-alarm fire on Rochester's west side is under control, but firefighters say they will likely be at the scene for the majority of the day.

The fire broke out at Premier Metals Group, a scrapyard on Cairn Street, around 3:30 a.m. Thursday. It was upgraded to a three-alarm fire around 5 a.m.

“It’ll be a while”. @RochesterFire investigator on scrap warehouse fire on Cairn St. @Premier_Metal owner on scene. Titanium shavings keeping fire burning. No one hurt. pic.twitter.com/g875XaiUWQ

“We’re now attacking the fire from the exterior of the building, large amount of water getting pushed inside the building," said RFD Public Information Officer Amon Hudson. "We did have to use some other resources to navigate our water streams so we had some help from some of the mechanics here on scene – opening some doors for us and getting some other areas open so we could access the fire."

Officials say no one was injured. Firefighters expect to be attending to the scene for a good portion of the day.

"It’s a huge warehouse," Amon said. "What we found out was there are titanium shavings that were in there burning and they have the ability to reignite after extinguishment. So, you put it out and it can heat back up and get some hot sports so we’ll be here for a while battling this.”

This is the second major fire this week in the city's south west side. Monday a 5-alarm fire left 12 residents displaced.