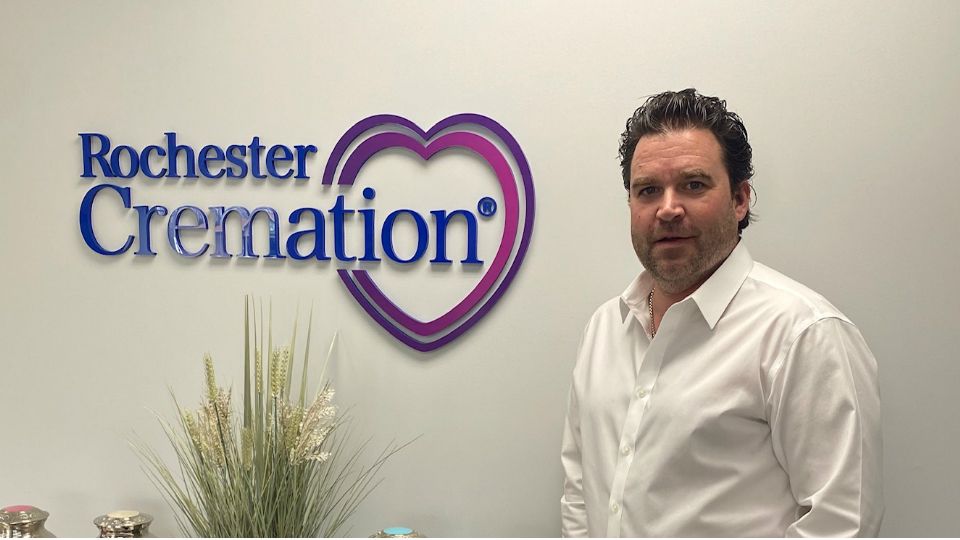 A local funeral director is helping overwhelmed New York City funeral homes by transporting bodies to a crematory in Rochester.

Across the state, cremations are become commonplace as many families are unable to hold funeral services during the COVID-19 pandemic.

Scott Meeson with Henrietta-based Rochester Cremation is doing is part to help fellow New Yorkers downstate.  He comes from a family of funeral directors.

“It takes a pretty gentle person, a dedicated person to be on call 24 hours a day…you know we have a great staff here, but it really takes someone with a compassionate heart to be in this business too," said Meeson.

Two weeks ago, a family called on Rochester Cremation to pick up the body of a relative who died from coronavirus in a Queens nursing home.

“We originally contacted some funeral homes in New York City to do the transfer for us and help us but nobody was able to do that, nobody could help us. so we were really forced to make a decision to go to New York City and bring her cousin back into our care," said Meeson.

Since then, Scott has returned to the city twice after he was contacted by a funeral home there asking for help.

“They’ve got refrigerated trucks in their parking lots. They’ve got their garages full. They’ve got their viewing rooms full of bodies also, on chairs, on the floor and anywhere they can find space to help people,” he said. “There's a lag in the cremation time in New York City, at least three weeks. There’s really no where for anybody to go. They’re trying to get deceased individuals out of New York City and get them cremated in other states.”

After the bodies are brought back to Rochester, Scott goes through the process of completing paperwork before he proceeds to the crematory at Whitehaven Cemetery.

“We’ll take the urns back with us to New York City so that the funeral home there can return them to their perspective families," said Meeson.

Rochester Cremation is discounting travel services to New York City. Scott heads back downstate Friday to start all over again.

He says the pain of the images lingers but he finds comfort in knowing that he's bringing some closure to a family's loss.

“We feel fantastic about being able to help. I wish we could help more people. We have some capacity here in Rochester so I really believe that this is the right thing to do," said Meeson.