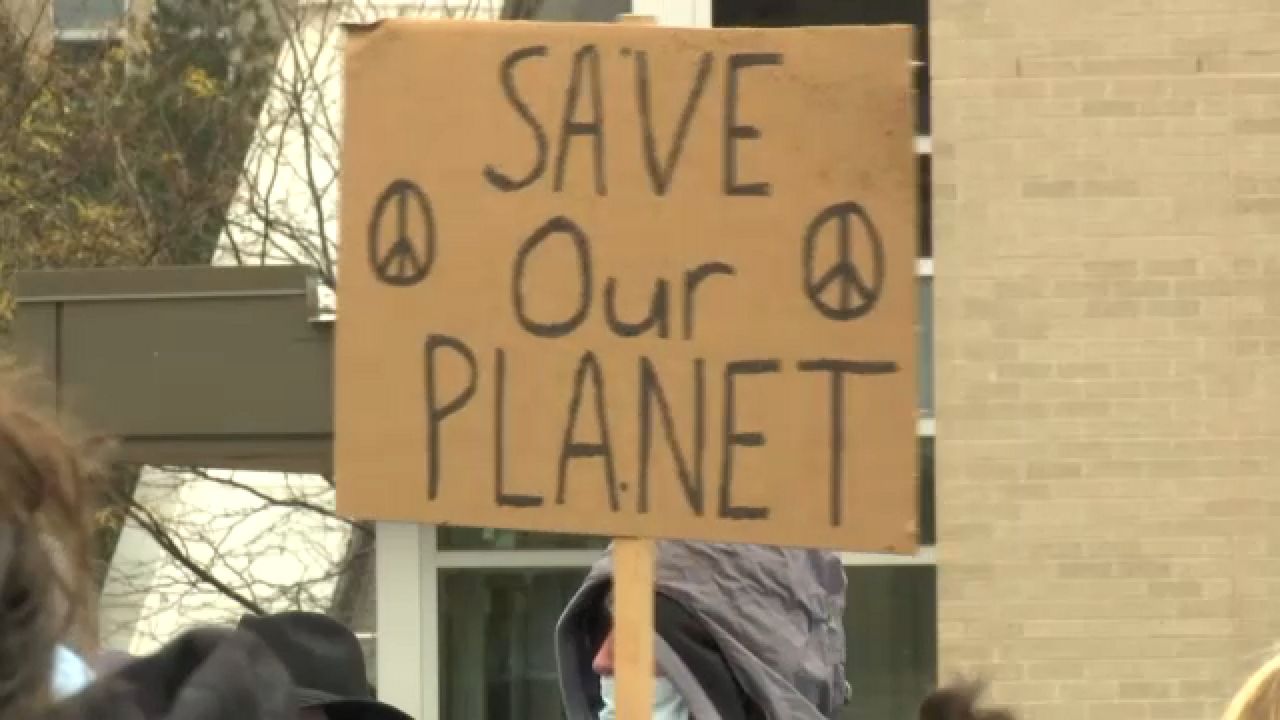 ROCHESTER, N.Y. — NY Renews sponsored a rally Saturday in support of the Climate and Community Investment Act, otherwise known as the CCIA, in Rochester.

A coalition consisting of community groups and environmental organizations from across the state, NY Renews hopes to build momentum for the passing of the CCIA as part of the 2022 state budget.

This act would raise $15 billion per year by charging corporate polluters $55 per ton of greenhouse gas emissions they release.

The money would then be reinvested in creating green jobs, providing for frontline communities and building a renewable economy.

"If this happens it would be transformational, it would make New York the leader in climate, justice and racial justice in the future," said New York Renews coalition member and volunteer Allen Blair. If we don't do this, we're going to be in big trouble. It won't happen right away, but in a decade or so, we're going to be a very hurting country if we don't do this. New York state can be a leader."

NY Renews was part of the push-in 2019 to pass the Climate Leadership and Community Protection Act, which mandated state energy funding be invested in communities struggling with climate change.