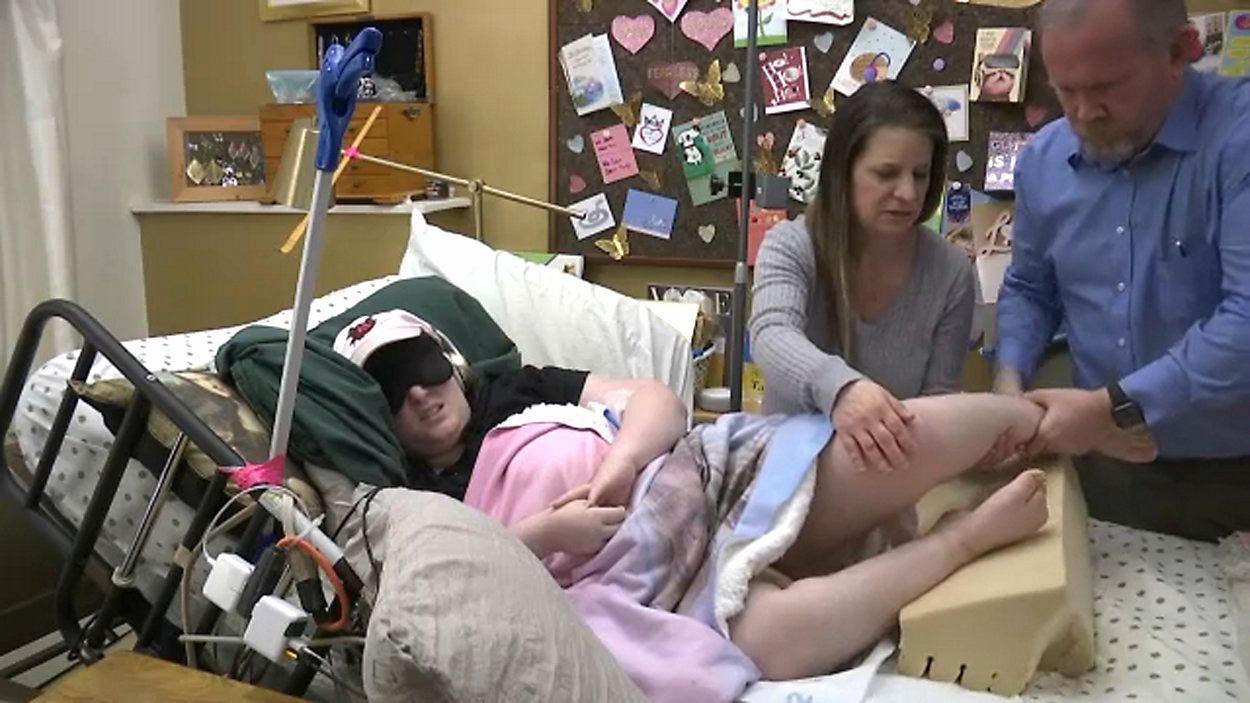 Fairport Family Fights "One in a Million" Disorder

An extremely rare disorder has turned one Fairport family's lives upside down, leaving them fighting both the disease and a struggling Medicaid system.

At age 11, Madeline Shanley started her own business selling hair accessories and jewelry she crafted by hand. She had dreams of becoming a CEO in New York City, and went on to college where she was an honors student. But in 2018, everything changed, and those dreams had to be put on hold.

After thousands of dollars and months searching for answers, the now 20-year-old was diagnosed with stiff person syndrome, a one in a million autoimmune, neurological, muscular disorder that has left her bound to her bed since March 2019.

“You’re just paralyzed in pain. And your limbs kind of contort and it risks breaking bones and tearing ligaments,” Madeline said.

The disorder can leave every muscle in her body spasming for hours and days at a time, not to mention the constant migraines that leave her having to wear a specialized eye mask.

The Shanley family faces many challenges with the disorder, but one of the biggest is finding reliable transportation for doctor’s appointments and treatment through Medicaid.

“They have shown up maybe a total of four times, they haven’t shown up I can think of nine,” Madeline said.

So they’re raising money for their own specialized van, that would allow her to be transported on a stretcher, something Madeline definitely needs.

“She’s so ill, we don’t have the leeway of cancelling a medical appointment and saying, ‘Oh gosh we can do that in a couple of months,’" Mother Jennifer Shanley said. "She needs treatment now.”

Madeline is a huge Taylor Swift fan, and finds encouragement in the singer’s songs, her family, and even fellow fans online.

“I’m really isolated here in this dark room, but it keeps me motivated," Madeline said. "Just my family being here, and just hope for maybe a better future.”

And that’s why even without a cure, the Shanley family won’t be giving up.

“She deserves to have the opportunity to have happiness, and to have a life," Jennifer said. "But we won’t stop, we’ll continue fighting for her, and we’ll care for her for the rest of our lives if that’s what we need to do.”

A GoFundMe for the van is available here.