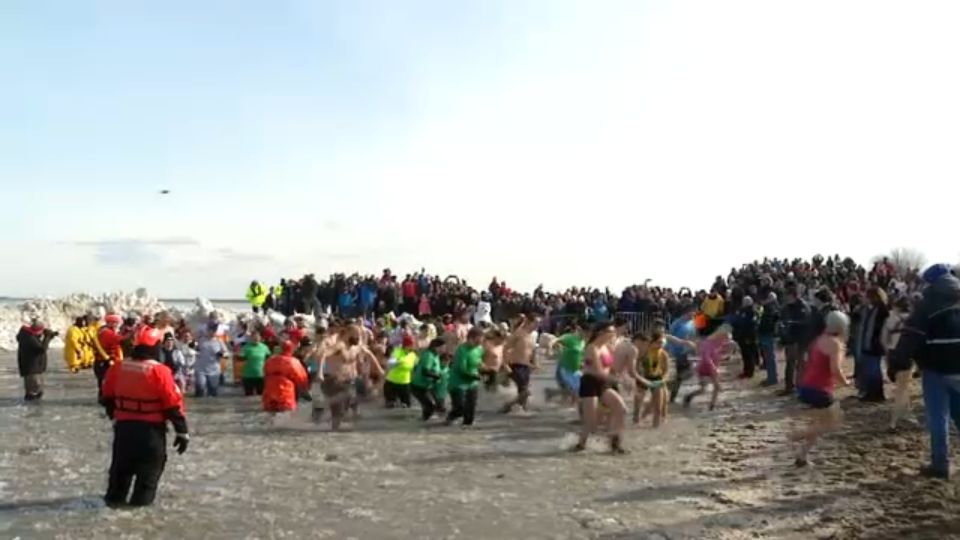 It was the 19th annual Polar Plunge at Lake Ontario Beach Sunday afternoon, one of the largest polar plunges to benefit the Special Olympics across the country.

The air was a crisp 22 degrees and the water a chilly 36, but that did not stop more than 2,000 people from diving into Lake Ontario Sunday. For some, it was their first plunge.

“Not as bad as I thought I’d be. In and out, real quick, get real hype," said Rochesterian Nick Dean. "Everyone’s super friendly. Super warm when cuddled together.”

But others like Laurie and David Walker have been coming back year after year.

“This is our fifth year of doing it. Every year our team gets a little larger," David said. "We started out with like four or five people, now we’re up to 21 on our team.”

The annual Polar Plunge benefits Special Olympics New York, raising more than $250,000 for the organization and their mission of improving the lives of those with special needs through sports.

“It's so much more than just a sport," said Renee Snyder, vice president of Development for Special Olympics NY. "It’s about learning independence, it’s about camaraderie, teamwork, leadership, all those things people with intellectual disabilities come to Special Olympics for.”

It is a cause dear to the Walkers hearts.

“We have a nephew who benefits from the Special Olympics so this is important to us," Laurie said.

And as for the water being too cold? The Walkers say come on in.

"You gotta try it. Once you try it you’re hooked," Laurie said. "Like I said, we started off with just a few, and everybody that’s joined us stays with us."