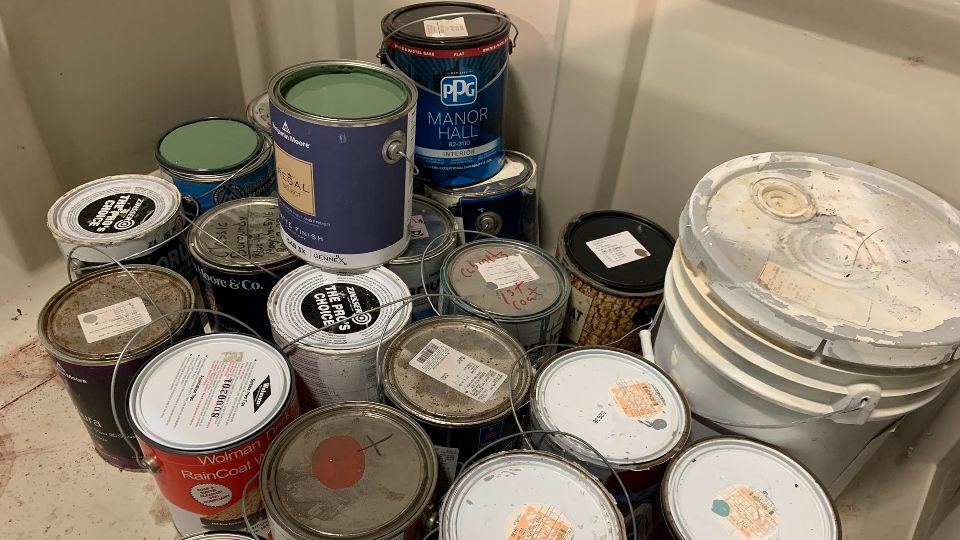 VICTOR, N.Y. — The paint industry has come up with a way to safely deal with all of the half-empty cans that many households have sitting around.

It's a non-profit called PaintCare. The new paint drop-off program is designed to minimize, reuse and recycle unwanted paint.

Got some old paint? There’s a new paint recycling program in Greater Rochester that invites households, schools, and businesses to recycle leftover paint, stain, and varnish for FREE. PaintCare, a nonprofit will reuse and recycle it. @SPECNews1ROC #recycle ♻️ pic.twitter.com/VHspaCyFZF

Hadlock's House of Paints in Victor is one of 16 paint drop-off sites located in the Greater Rochester area with additional locations in Genesee and Steuben counties. There are also more than a dozen around the Buffalo region. Soon, there will be 300 paint recycling drop-off locations statewide.

The service is free for businesses and the general public. Paints, stains and clearcoats are all accepted, both oil-based and latex.

The program helps keep paint out of landfills where it can become toxic to the environment. Most of what is turned in gets recycled into new paint, according to Kelsey O'Toole of PaintCare.

There are 16 paint drop-off locations around Rochester. PaintCare will have 300 statewide soon. Check out the locator map at https://t.co/YO8lqjFaNC for a location near you. @SPECNews1ROC

"It's basically poured off, separated by color, whatever additives are needed to be added to bring it back up to spec and then repackaged," said O'Toole. "An estimated 10% of paint that is sold each year is left over."

With the launch of the program in New York, PaintCare now operates paint recycling programs in 10 states and Washington, D.C.

PaintCare’s website has a drop-off site locator that maps out each address, hours and requirements.