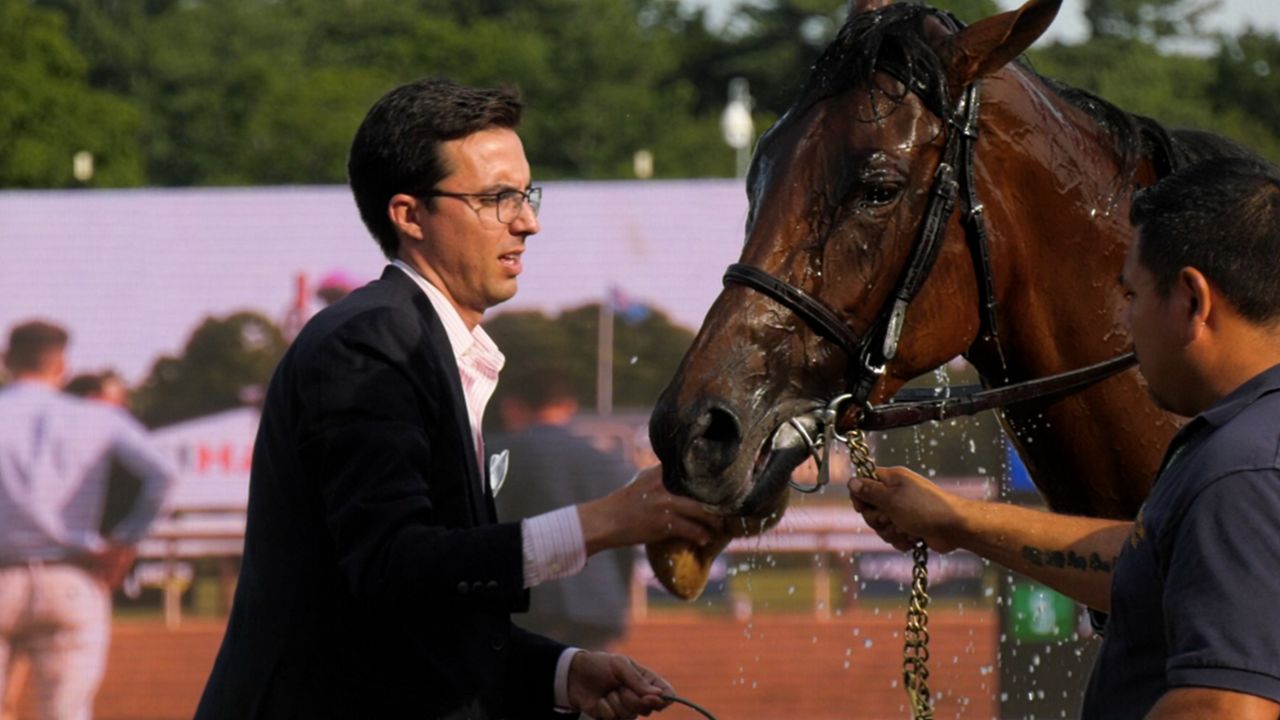 Horse training is a family business for the Clements

At his barn next to the Oklahoma Track in Saratoga, trainer Christophe Clement is serving one of five meals that his horses eat daily.

“Rule one is the boss is always right,” Miguel said. “Rule number two: Always revert back to rule number one. So as long as you get rule one correct, it makes everything else easy.”

It’s a partnership that has been years in the making, pretty much since Miguel was a baby.

“The earliest memory is probably when I was just three or four, and just races and horses,” Miguel said.

Horse racing actually goes back even further, all the way back to when Christophe was growing up in France.

“My dad was a trainer as well, so it was pretty easy for me when I grew up in a stable in France,” Christophe said.

Three generations of horse training has turned into quite the family business for the Clements. Over his three-decade career, Christophe has earned more than 2,000 wins.

“It makes the human part of you very rewarding, obviously, being the dad and son working together,” Christophe said. “Also, you’re getting a business, and I think it makes the team better.”

As of late, the team has been hitting its stride, grabbing its first Breeders’ Cup win last year and then finishing second at the Belmont spring meet with 33 victories.

The Clements are hoping to keep this success going at Saratoga, with 35 horses in their barn. They’ve grabbed a couple of wins so far, which is always the goal. But Miguel says it’s also just as important to keep the broad view in mind.

“It’s great to do great at one meet. But the big picture is to give every horse the best potential to have for the best career they can possibly have,” Miguel said.

“This is very strong racing. It’s the strongest purse money all year long in New York. So it’s a special meet,” Christophe said. “It’s very much the number one meet of the year.”