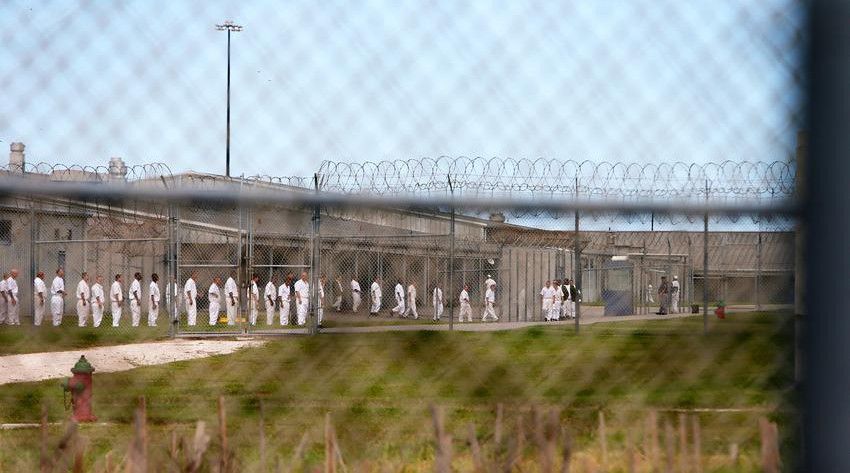 Barbeques, care packages and conjugal visits are being offered as incentives to incarcerated individuals to boost the COVID-19 vaccination rate in prisons.

Right now, only about 45% of those incarcerated have received the vaccine so far, compared to the rest of the state, which has a vaccination rate of over 70%.

In an internal memo obtained by Spectrum News 1 and first reported by the New York Post, the acting commissioner of the state Department of Corrections and Community Supervision (DOCCS) announced the details of this vaccine incentive program.

But Mike Powers, president of the union that represents correctional officers, NYSCOPBA, says while they have nothing against creating a safer work environment, these correctional officers have been on the front lines during the pandemic and should be included in an incentives program.

Powers pointed to other states, such as Colorado, which is providing its correctional officers $500 to get a COVID vaccine.

“We had a large number of members that came down with the disease, we had many quarantines, we had some staffing issues going forward and, you know, we held it down,” Powers explained. “We’re kind of curious as to why we're left out of the loop.”

The incentives program being offered by DOCCS includes randomly choosing five fully-vaccinated incarcerated individuals in each of the state’s 50 prisons to receive care packages with the “most popular food items sold at your assigned facility’s commissary, not to exceed a $75 value.”

To top it off, when the department restarts conjugal visits in September, it will be required that anyone participating be vaccinated.

Over the course of the pandemic, 35 incarcerated individuals and eight staffers have died from COVID-19.

A spokesman for DOCCS sent a statement in response saying, “The department is doing everything possible to encourage incarcerated individuals to receive their vaccinations. The maximum number of vaccinated incarcerated individuals ensures a safer work environment for staff, the incarcerated population and visitors to facilities. This type of incentive program has proven to be effective not only in the general public, but in correctional systems across the country. For the correction officer’s union to politicize this effort and dismiss all the challenges of the past year and a half is beyond the pale.”

However, Theresa Grady with the Releasing Aging People from Prison Campaign says this type of incentives program could create a hostile environment.

“Fights break out over a simple piece of bread in there,” Grady said. “So if you want to offer these incentives with baskets and conjugal visits, it’s going to get around. It's a big fight over ‘he got the basket.’ And DOCCS did this. So now you're not only taking the basket DOCCS gave you as an incentive, but it’s almost like you’re selling out to DOCCS. And that's where the big brawl starts.”