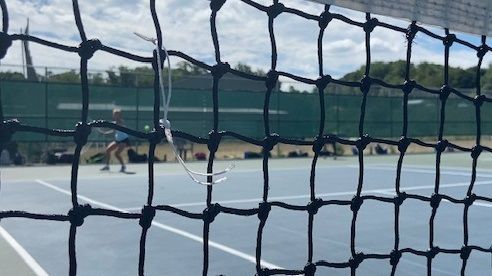 Young players inspired by Serena Williams — and her topspin

When Serena Williams became a professional tennis player in 1995, Maeve Cassidy wasn’t even born yet.

"Serena Williams was one of the players I started to watch, and I was so inspired by how quick she played, how hard she served," the 17-year-old said.

For many, Williams has served as an example of how girls and women can dominate the sports industry.

"She's definitely someone I've been looking up to as a player and as a person. She's had an impact not only on court, but off court as well," said Cassidy.

Williams won 23 Grand Slam titles and a whopping 73 tour-level singles titles. The tennis champion is also a business woman making an impact in film and fashion.

Almost 41, Williams announced her retirement this week, saying she wants to focus on expanding her family and her business goals.

Williams is not just a role model for girls in tennis.

"She's definitely the best women's player of all time. She hits the ball so well," said 13-year-old Ethan Rodriguez.

Rodriguez has been playing for two years. He said he's inspired by Williams' hard work and humble beginning.

"She's broken lots of barriers starting from not much and becoming what she is today," said Rodriguez.

He said he’s working on how to master some of her signature moves.

"She comes in, the ball is in the air and she swings at the ball high in the air, lands a [topspin] and just lands it in the court," said Rodriguez.

Williams' moves will live on in these two budding champions.

Cassidy will play tennis for Fairfield University when she graduates, and Rodriguez is already setting his sights on his high school tennis career.

"She is so determined and hard-working," said Cassidy. "I look forward to trying to mirror that."