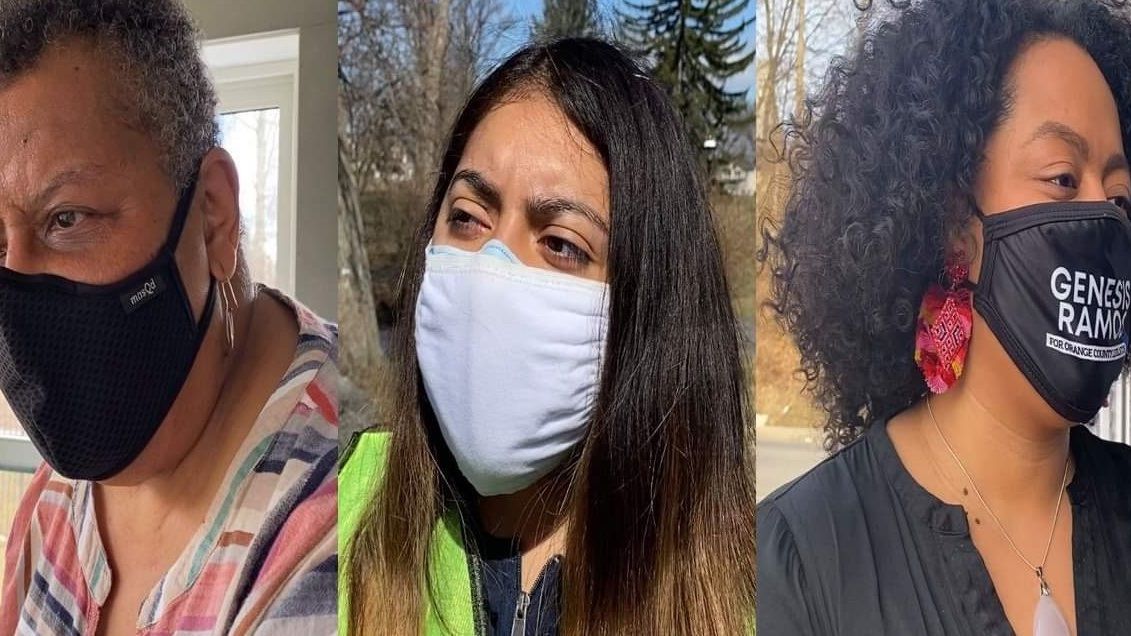 Genesis Ramos is a woman of many firsts.

The Newburgh native is the first woman in her family to graduate from college, first to get a master’s degree, and first to run for office. Now, she’s running to represent the Orange County Legislature's Sixth District, and trying to become the first woman of color elected to the legislature.

A first-generation Honduran-American, she says her grandmother’s illiteracy inspired her to get to this point.

“I’m here and I’m running for office. It’s something that, there’s no putting words to that. It’s such a powerful emotion that every time I talk about it, I get choked up," Ramos said.


Ramos cites Frida Kahlo as a major influence for her, because of the proud message the artist sent through her work. Kahlo’s surrealist art and Mexican folk style earned her iconic status not only in art history, but also in feminist and LGBTQIA+ movements.

“Through her art, through her words … inspired me to be unapologetic. And that’s really, in so many ways, a message that I want to send," Ramos said.

While Ramos goes door-to-door in Newburgh, Giselle Martinez is picking up trash at Downing Park. Martinez has lived in the same Newburgh apartment her whole life, something that's motivating her to run for City Council in Ward 1.

“I’ve never been in a rush to leave because I’m dedicated to helping my community, dedicated to making Newburgh better, and live up to that potential that it has," Martinez said.

She says New York State Senator Jessica Ramos is a role model for her. The Queens legislator is a relative newcomer to politics, defeating incumbent Jose Peralta in 2018. Martinez spent time working for Ramos and says that seeing a woman who looks like her holding office is so important.

“The life-changing advice that she would give me, the experience that she provided for me, was such a pivotal moment. Something that I even credit for inspiring me to run," Martinez said.

About 20 miles west of Newburgh in the town of Crawford, Gail Jeter is managing both her campaign for the county legislature's 18th District and a house full of plants. An elementary school teacher in Harlem for 32 years, Jeter moved to the Hudson Valley in 2003.

But recently, she became more active in politics, and specifically health care, when her husband was diagnosed with Alzheimer’s and moved to Valley View Nursing Home. She’s unhappy with the way the county runs Valley View, and wants to see more support for its staff and residents.

“Instead of preaching to the choir, it was time for me to work on getting some results," Jeter said.

Jeter takes inspiration from Shirley Chisholm, the first Black woman elected to Congress. Chisholm represented Brooklyn from 1969 to 1983 and ran for president in 1972. Like Jeter, she was a former elementary school teacher in Harlem before getting into politics.

“When she first came to Congress, they put her in an agricultural committee in Brooklyn, New York, which where is she was from," Jeter said. "That was ridiculous and she spoke up, and this is a new elected official. You don’t do that as a new person. And she had no problem speaking out."