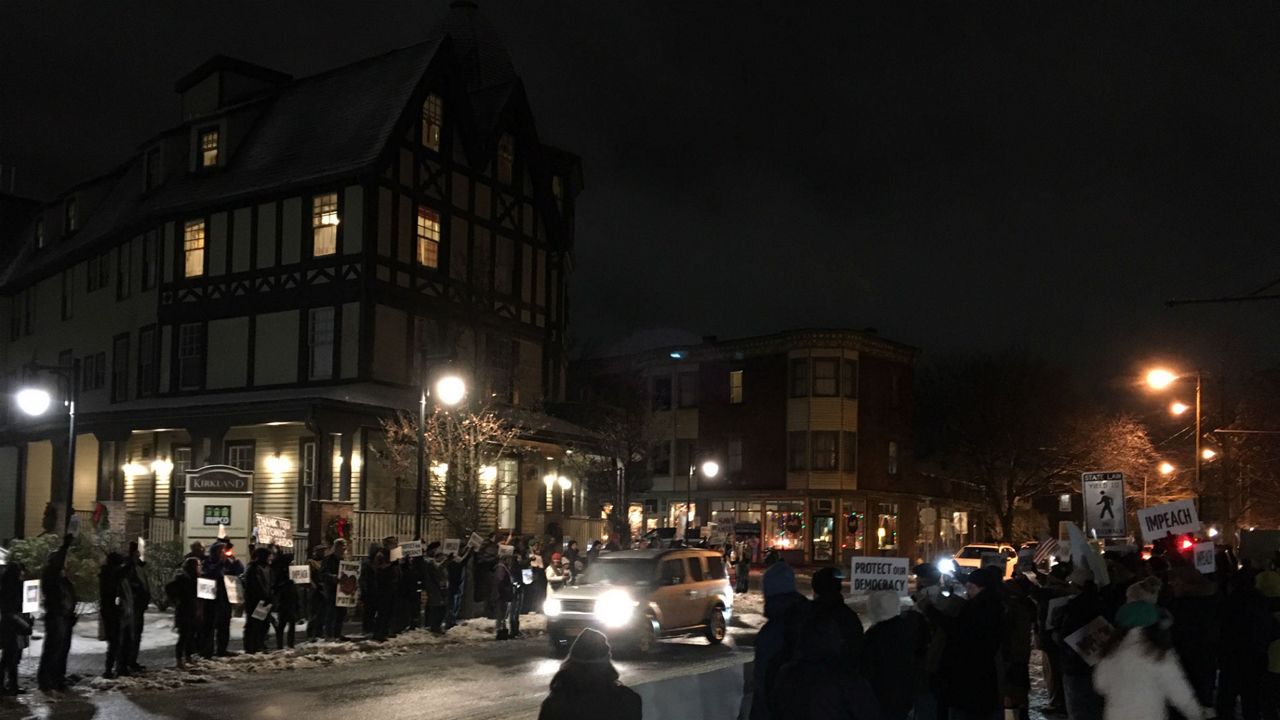 Standing along Clinton Avenue, Hendrix, 7, proudly showed a Spectrum News reporter the comic strip she drew to show why she supports the impeachment of President Donald Trump.

The first panel shows the president angrily pointing at a child.

The next one shows a fire breathing dragon enter the frame.

The final panel shows the dragon breathing fire onto the president's head.

"Yeah, the dragon burned his hair," she said. "I drew it a little bit weird in this picture, but it's burning his hair."

Hendrix was one of nearly 300 people who protested Tuesday outside of Rep. Antonio Delgado's Kingston office.

The rally was one of about 120 nationwide to build support for this week's impeachment vote in the U.S. House of Representatives.

At the Kingston rally, several children joined their parents in denouncing the president.

Protestor Beth Glace of New Paltz said she and her family have become more vocal about politics over the last three years.

She said she is happy to see that some local young people -- like her teenaged son -- have come to realize how high the stakes are in American government and have become activists.

"I think it's too easy to fall into complacency and discouragement where nobody seems to care and nobody's speaking up," Glace said. "We did this in (during) Vietnam. People took to the streets, and it did make a difference."

The display did irritate some on the anti-impeachment side who were driving through.

"Trump! Trump! Trump!," one woman yelled out her window as she rounded the corner onto Main Street from Clinton Street.

Several parents said Tuesday evening they want their children to experience the tension that comes along with rallying on a divisive issue, because the children might be left to heal the division caused by debates about the president's policies and behavior.

The U.S. House's impeachment vote could happen as early as Wedsnesday afternoon.