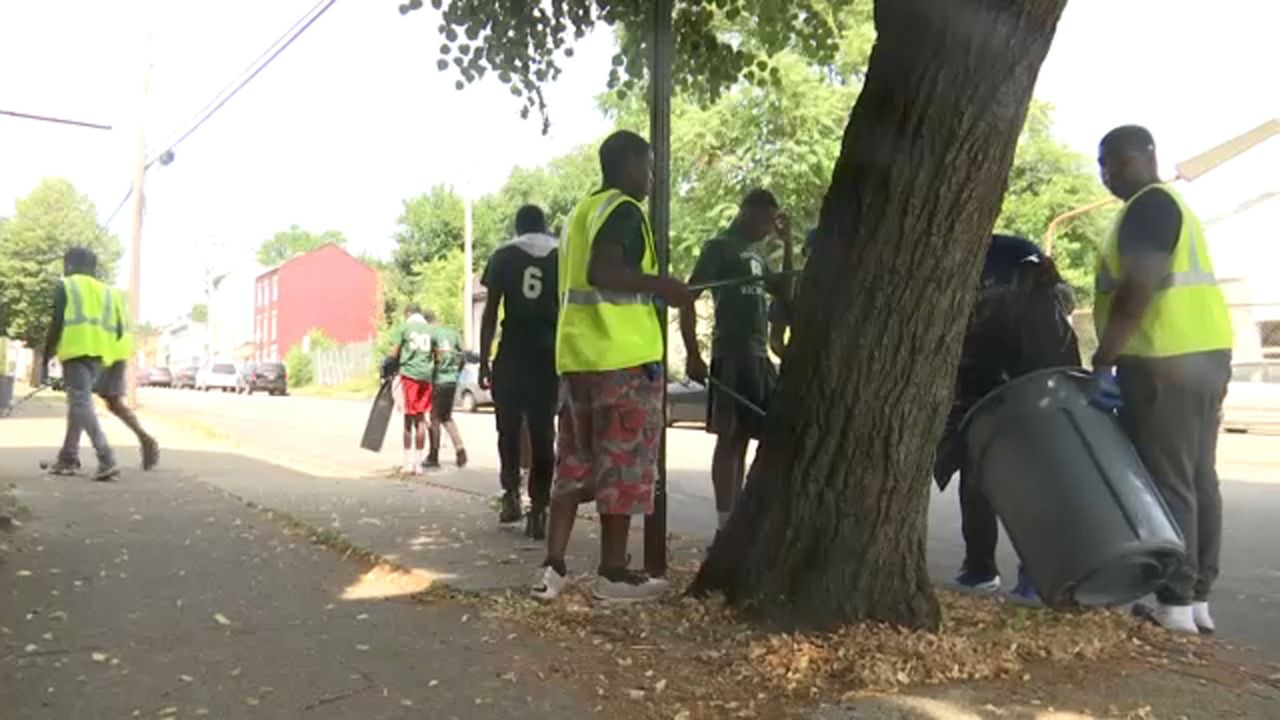 Darryl Jackson, 14, combed through an overgrown weed on Washington Street with his trash grabber, to pick up even the smallest pieces of garbage ⁠— a cigarette butt, a beer can, and even a candy wrapper before it blew away.

Darryl is one of about 20 local teens, clad in neon vests, taking on a daunting job: cleaning trash from Newburgh's streets and beautifying the city's parks.

"[We pick up] things people throw out on the road," Darryl said, "and throw out of their cars."

They work 30-hour weeks, hitting each of the city's four wards Monday to Thursday, and the parks on Friday. The recreation department director said he expects all the city's major streets to be cleared of litter and debris by the time the team finishes the program in August.

The workers told Spectrum News they hope that as neighbors see their work, some mindsets change, making locals less likely to litter.

Reaction from neighbors on Tuesday was almost all positive.

"Newburgh is a little messed up, and it needs them," Katheryne Ramos said outside her apartment, just after the beautification team cleaned off her sidewalk. "I think they'll reach people, and help the city."

A small handful of passers-by have prejudged the group, expressed Program Supervisor Neal Amos. Amos gave an example from Monday, when someone automatically assumed the teens were doing mandated community service.

"They think it's a bad thing, because they're working," Amos said. "No. They're earning a paycheck at a young age. They're learning responsibility. And they're doing a good job."

Amos, clearly proud of his team, advises the teens to "be smart" with the money they earn during this summer program, suggesting to some that they save their earnings for classes to get their commercial driver's licenses. For most, this is their first job, one they interviewed for back in April.

Darryl lets any negative assumptions about his presence roll right off him.

"It's not community service," he said as he dropped a soggy beer box into a bag. "We work for a paycheck. We get paid for it. So I just let them talk."