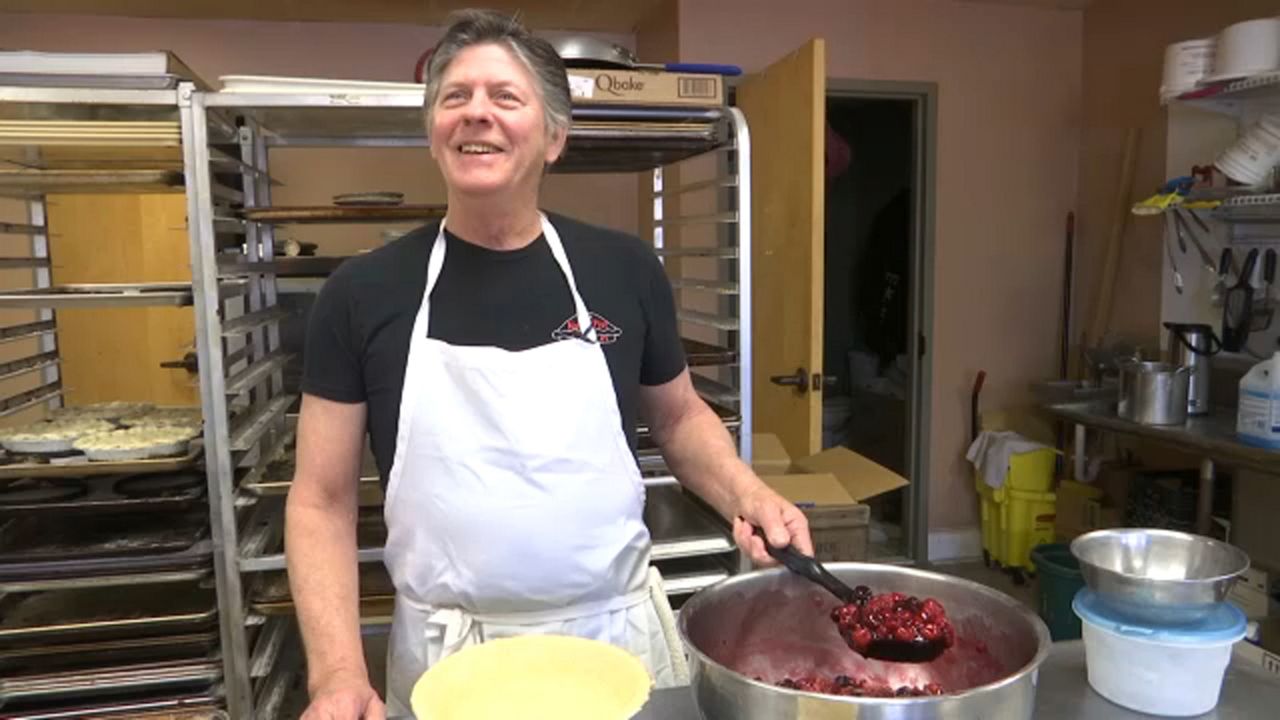 Leslie Noble has made pies her whole life. When the recession hit, baking became a career.

"We were really in a desperate situation to try and make some extra money and keep a roof over our heads. The only thing I could think to do was to start baking some pies," said Noble Pies owner Leslie Noble.

It was a hit and so she started selling the desserts.

The man Leslie was seeing, Tom Herman, had never had her cherry pie.

"He took one bite of it, turned [to] me and said, 'You make a damn good cherry pie. Will you marry me?'" Noble said.

Spectrum News asked how amazing the pie was that it caused a marriage proposal, to which Herman responded, "It was Leslie that was amazing."

Herman says it was his plan all along, but serving a cherry pie with hearts on it for a Valentine's Day date seemed like the perfect opportunity.

They got through some difficult times, and in the end they earned some very loyal customers.

"I love Leslie and Tom, and I love their pies, cookies, and scones," said Noble Pies customer Dorothy Reymaniak.

And they earned a rewarding partnership as their ten year anniversary approaches this year.

"To this very day it's still the same feeling," Herman said.

In the end, they will always have two things: Love and cherry pie.