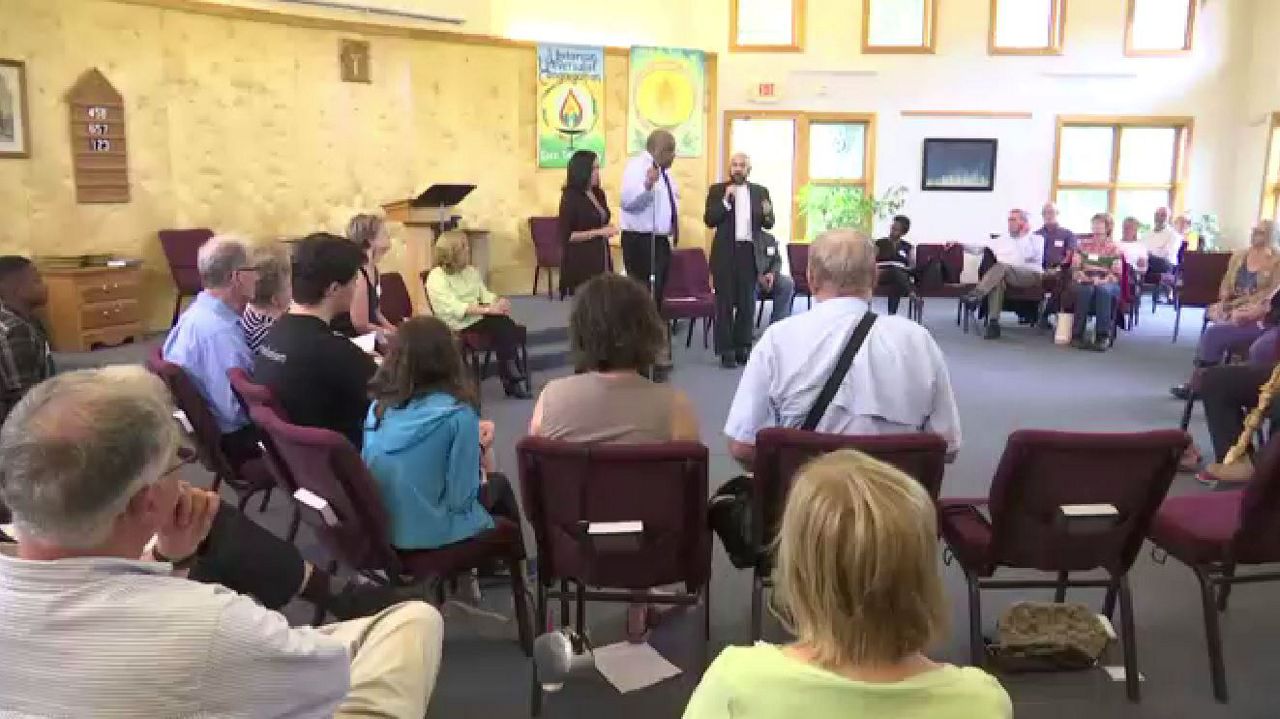 NEW WINDSOR, N.Y. -- Residents and congregation members are speaking out -- almost a week after someone vandalized and stole property from a church in Orange County.

Community leaders hosted the "Valuing Black and Blue Lives in Our Community" forum Sunday evening following the Unitarian Universalist Congregation at Rock Tavern Church being vandalized a few days ago.

Someone spray painted "blue lives matter" on both sides of the church's sign and on several flags. They also stole the "refugees welcome" and "black lives matter" flags.

Organizers of the forum say they felt it is important to create a safe space for communication.

"At the end, everybody was just happy that there was a space, a safe space that was created to be able to say that's why this is important to us. And even when some people said things like 'I wish we wouldn't have to use labels. I wish we wouldn't have to say X lives matter'. But they understand why we have to and they understand in the end that even though we're saying these lives matter, we're not saying these lives don't," said Orange County Human Rights Commission Executive Director Inaudy Esposito.

The pastor says they invited the person who vandalized the church to attend the forum, but they didn't attend.

The community is asking for anyone with information to come forward.