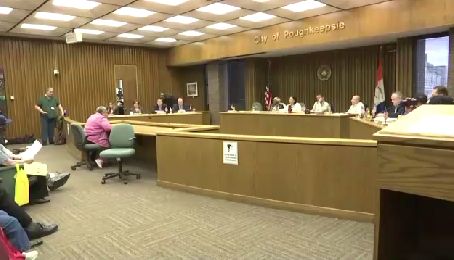 The resolution -- similar to sanctuary city legislation presented in cities around the state -- protects undocumented immigrants from being reported to federal immigration officials by local authorities.

The common council passed it 8 to 0.