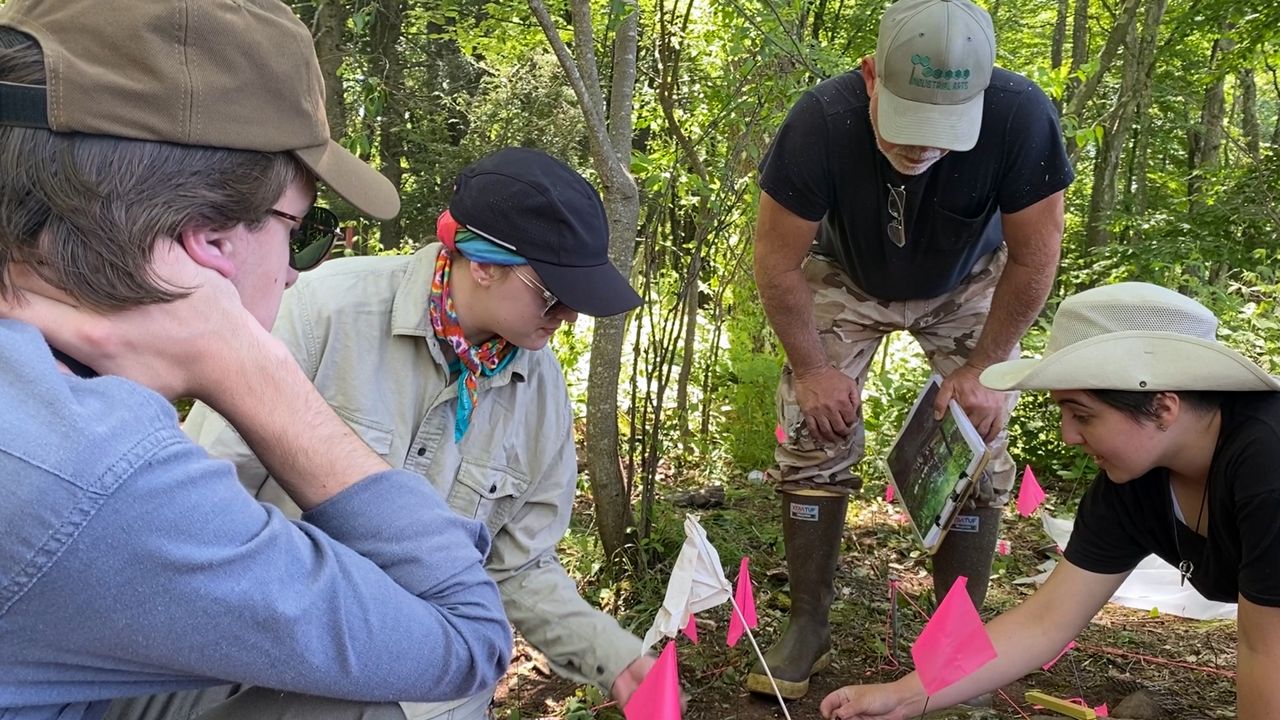 Can you dig it? Archaeology students uncover Woodstock’s past

The woods of Woodstock are waking up.

A dedicated group of employees are trying to locate sites found in iconic pictures and films throughout the woods of the venue.

“We’ve been looking for this picture, I‘m going to say, for two years,” said Dr. Neal Hitch, senior curator of the Museum at Bethel Woods.

Hitch is leading a team at the historic 1969 music festival site to uncover the camping grounds of concert-goers in its heyday. He’s referring to a pair of trees that originally had lights hanging from them, which you can still see the remnants of.

“To find a place like this where you can combine both the moment and the memory? On this site … kind of rare,” said Hitch. “It’s also one of the coolest things that happened to us at the museum.”

Helping Hitch is a team of students from Binghamton University studying archaeology, and while it’s not the fossils or ruins most think of when uncovering the past, they’re working on a historic site. The “Sandbox” is known from the 1969 Woodstock festival, and the group of students were hard at work to uncover artifacts.

All evidence of a weekend well spent at the festival, giving these students a chance to dig into their archaeology dreams.

“I’ve wanted to be an archaeologist since I was … since I can remember. I’m really just living my childhood dream right now of being an archaeologist, digging in the summertime and having the artifacts my team finds with me,” said Angie Hammond, a Binghamton student.

The students were painstakingly thorough when excavating the site, capturing and recording every detail they came across. Hitch says “the ‘Sandbox’ is the coolest thing at Woodstock that no one knows about,” and that the plan is to work details found at the site into the museum just a few hundred yards away.

“Doing this level of detail on something as mundane as a fire pit, I mean, that would allow the reconstruction of something like a campsite, let’s say at some point, if you wanted to do that,” said Hitch.