To keep moving forward during inclement weather, a system of experts monitors and responds to weather emergencies along the tracks. Rail companies keep a keen eye on the railroad infrastructure in real-time and coordinate response teams as quickly as possible. 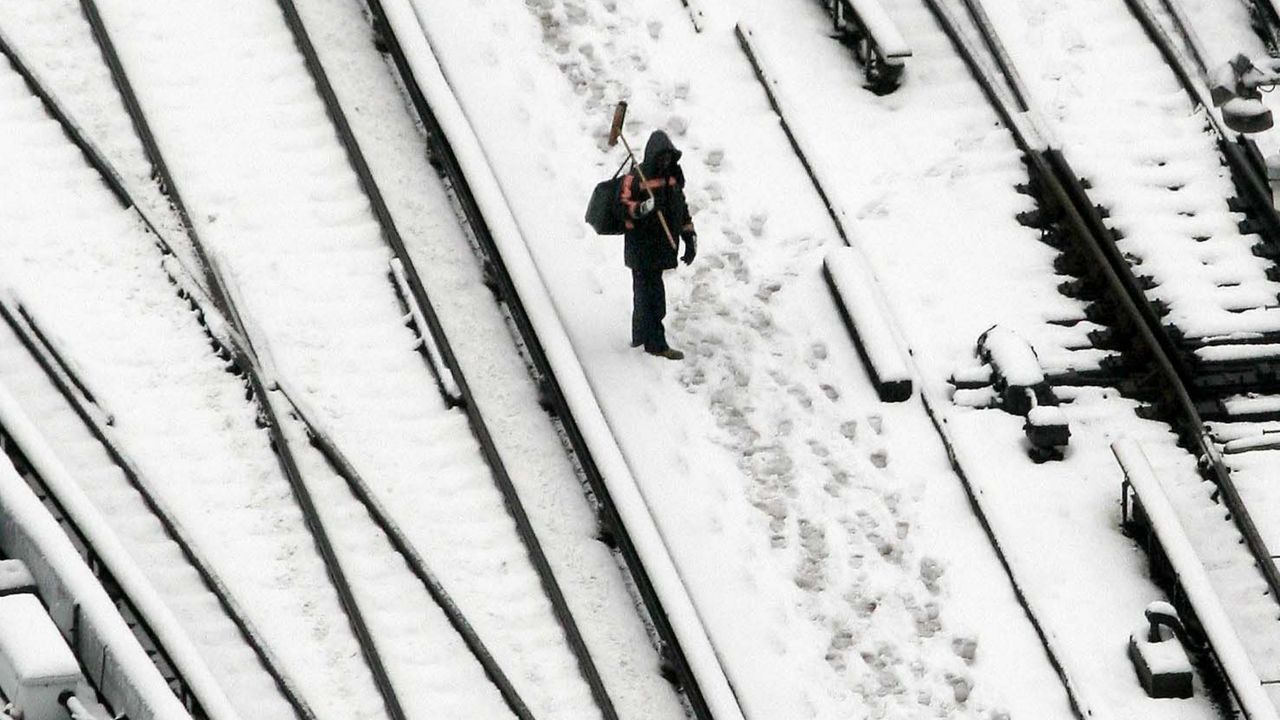 A transit worker stands in the middle of the snow-covered tracks at the Long Island Railroad train yard in New York City. (AP Photo/J. David Ake)

Railroad crews not only respond to storms, but they also put in a good deal of preparation well before storms arrive. For example, tree trimming services work year-round to keep areas near the tracks clear. Diesel trains with maintenance equipment are stationed near high-traffic areas, on standby to fix trouble spots along the tracks or to physically move trains that become stuck in the snow.

Along the rails, you will also find special train cars equipped with snowplows, hot air blowers or steam jets to keep snow and ice off the tracks, connectors and electrical lines. Some tracks may have heating capabilities to prevent ice and snow from sticking. 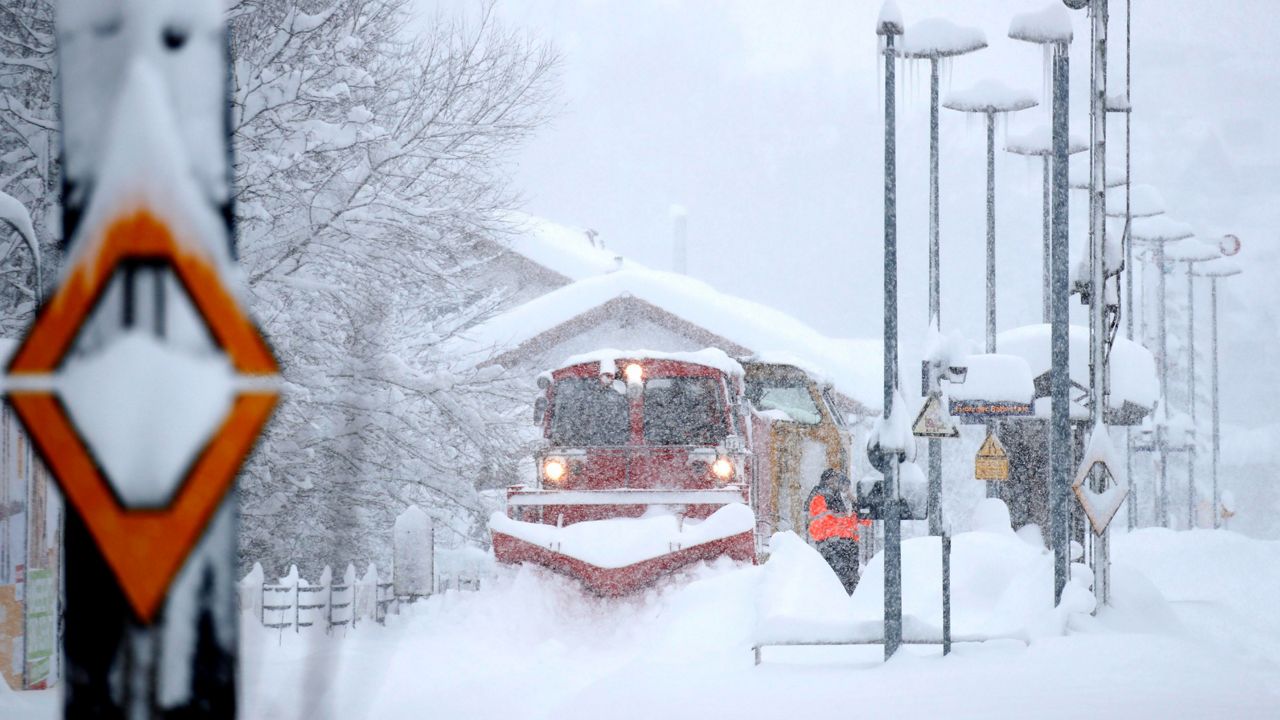 A snowplow train stands at a station during heavy snow. (AP Photo/Matthias Schrader)

You may think that rainfall on a milder day doesn't really impact railroad travel, but it surely can. Trains are forced to go much slower than usual on a rainy day, especially when the rain is heavy. Rain causes the train tracks to become quite slippery and this can bring on delayed departures and arrivals. Fog also impedes travel since it's difficult for the staff to see obstructions along the path.

Flooding rain, landslips, rock falls and mudslides can put a halt on travel, as well.

Strong winds can topple trees and other debris onto the tracks, causing dangerous obstructions.

Cold temperatures and ice are a big problem that can cause a complete stop down.

Extreme cold can lead to breaks in the rails and make moving parts of the tracks freeze up. Switches are interlocking tracks that allow trains to go from one track to another. During extreme cold, switches can become restricted due to ice buildup, so special heaters with anti-freeze agents help keep the parts moving. 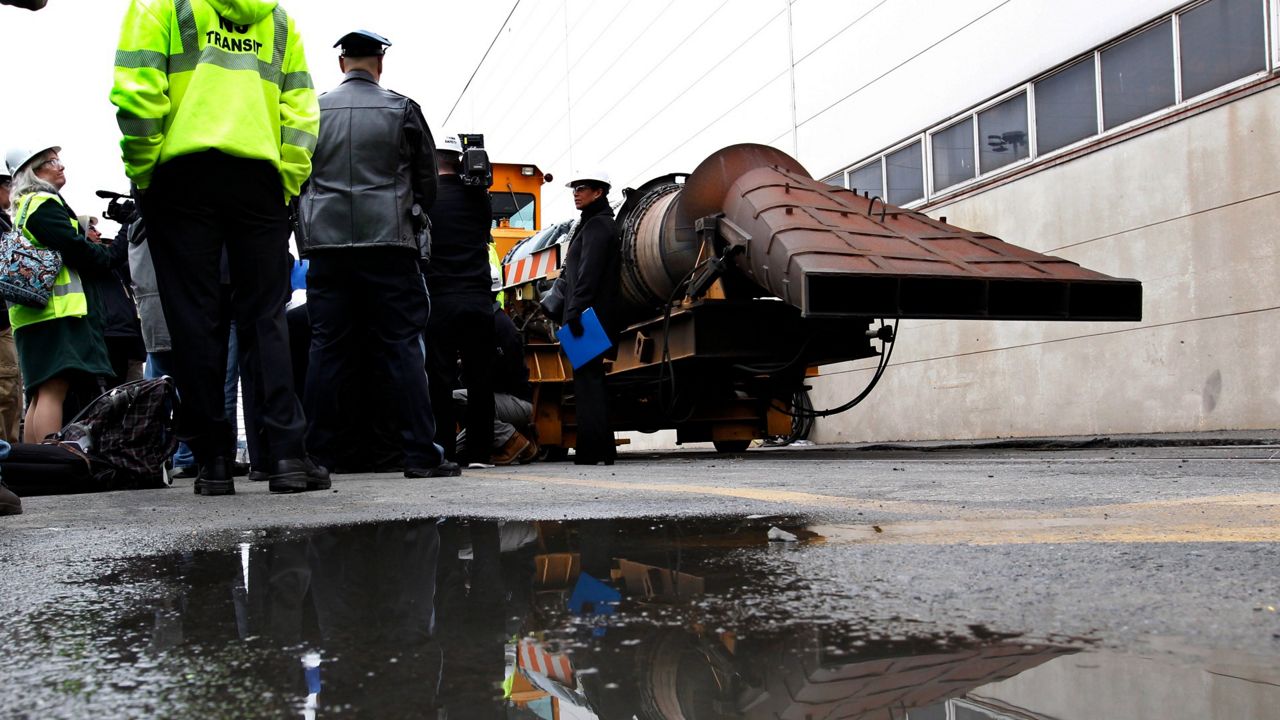 When ice collects on power lines and train operating equipment along the rails, they get weighed down, sometimes causing them to break. Some rails are connected to electricity to operate the trains, and when ice forms a barrier between the train and rail, the connection is lost.

Snowstorms can be a big problem, causing trains to become blocked by snowdrifts. Too much snow buildup can also block railway switch and fastening systems. Barriers or fences are sometimes placed nearby to prevent snow from blowing onto the tracks. You may learn of after-hours trains that run during the night that keep tracks cleared off for the busier commuter times of the day. 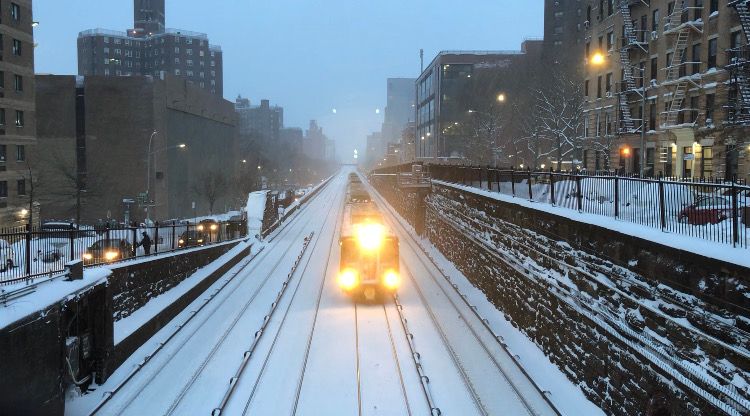 Safety and efficiency are the goals for rail travel companies during inclement weather. Amtrak monitors weather conditions 24/7 through their National Operations Center and Emergency Management departments. Mechanical, engineering and operations teams are trained and ready to combat impacts from the storms, as are specially organized on-board crews.

While fall and winter weather affects all forms of travel, our railway system has a unique process for keeping us on track and as on-time as possible.