It's December, there's a chill in the air, and more places are seeing snow. With the days getting shorter and the nights longer, the transition to winter is apparent.

The winter solstice marks the official start of winter, which will take place on Tuesday this year.

The tilt of the Earth

The tilt of the Earth to the sun is the reason we have our seasons. Believe it or not, the Earth is closer to the sun during our winter. 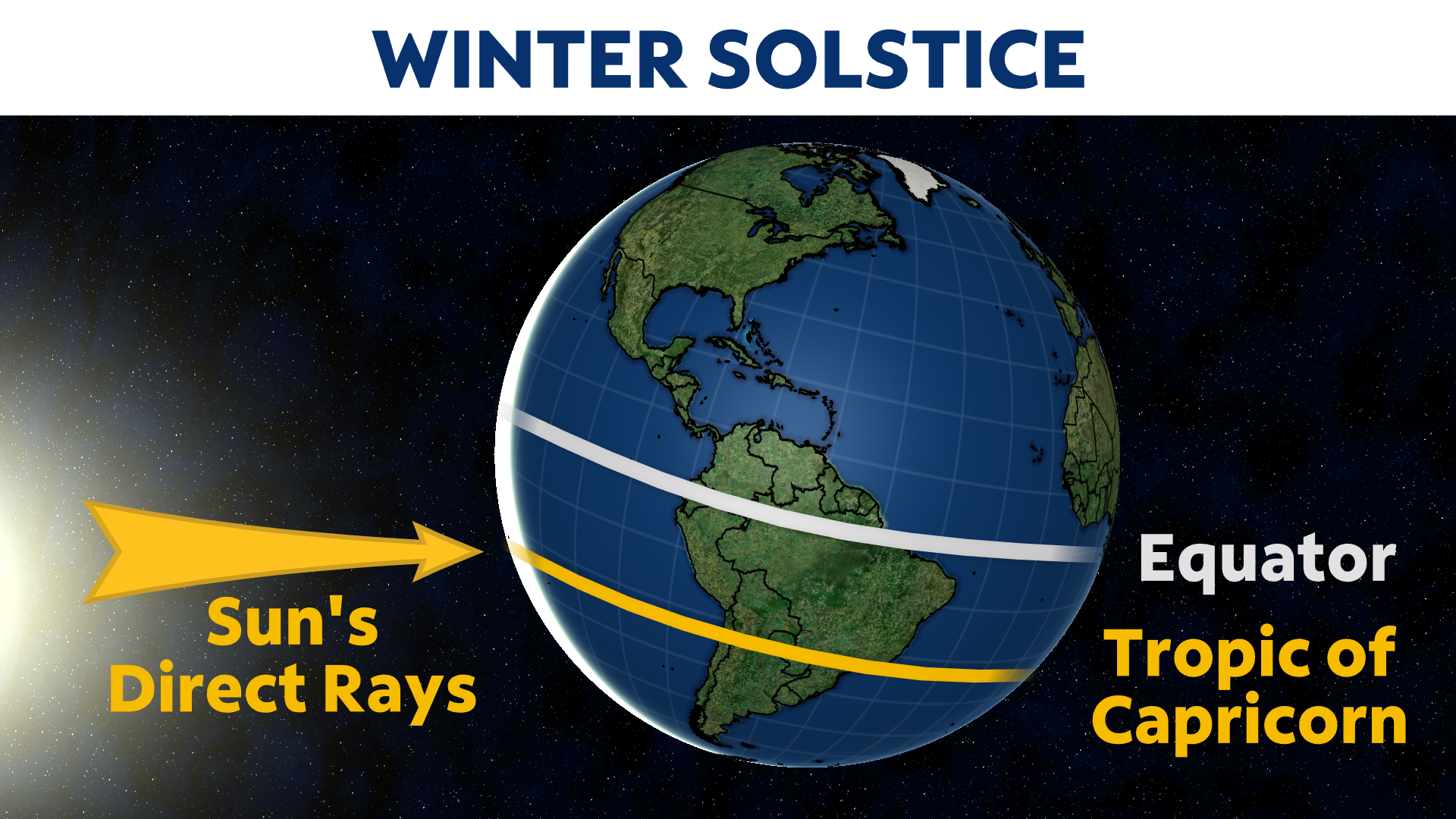 The average distance between the sun and the Earth is about 93 million miles. During the winter, it is around 91.5 million miles away from the sun.

During the winter solstice, the Northern Hemisphere is at its maximum tilt away from the sun, putting the sun at a lower elevation. The sun travels directly over the Tropic of Capricorn, which is south of the equator.

We also get the shortest day and longest night of the year on the winter solstice.

If you're not a fan of the shorter days, don't worry. After December 21, the days gradually get longer until the summer solstice on June 21, 2022!