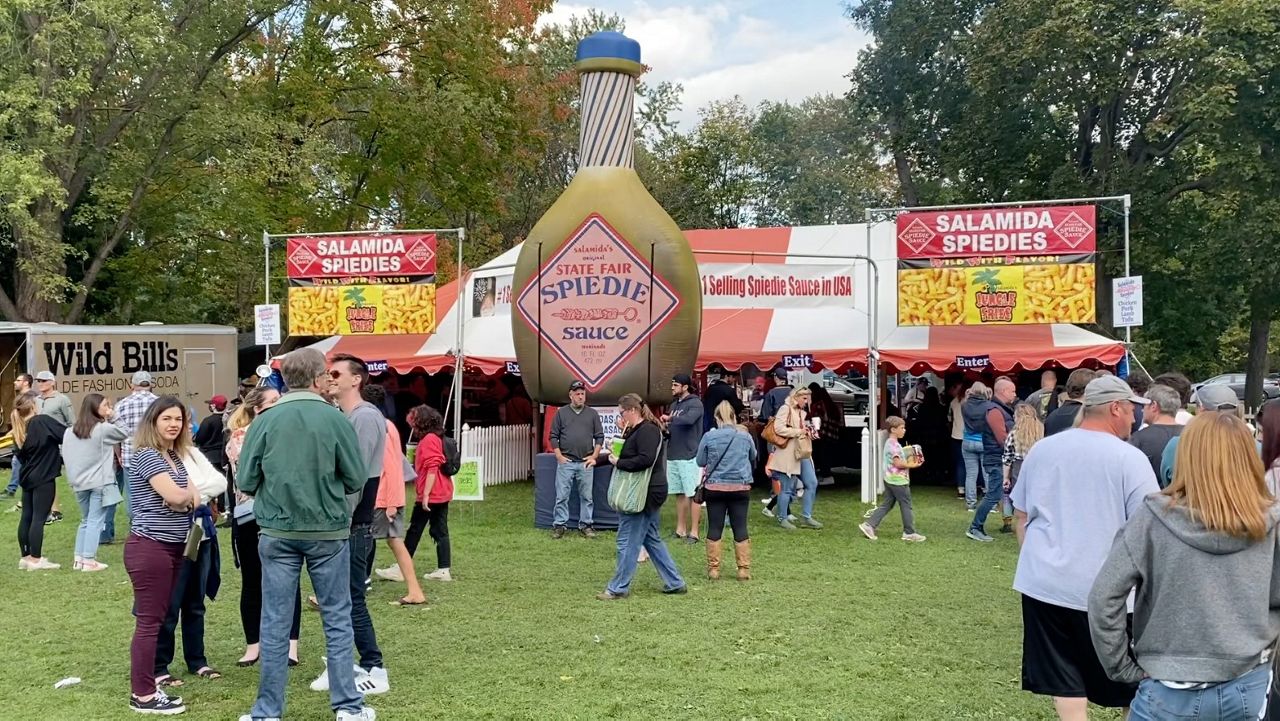 Here's what to expect at 38th Spiedie Fest and Balloon Rally

The sizzle of the grill can only mean one thing. The Spiedie Fest is back for its 38th year and it’s back to being the festival we know and love.

With everything from live music to homemade treats, and of course, world famous balloon rides, it’s a festival for everyone.

Speaking of music, the three-day event will feature homegrown musical acts, along with the likes of Lou Gramm from Foreigner, Brian Kelly from Florida George Line and Gary LeVox from Rascal Flatts.

But this years's event features something brand new. For the first time ever, professional wrestling takes over the park. Xcite Wrestling is hosting two free shows, featuring a number of former WWE and current AEW and Impact stars.

“This is great. I can’t believe we’re getting the opportunity. We’ve been doing this for 10 years. We own our own venue in the Oakdale Commons. We did the legions, we did a show at Coney island with nobody there, and now we’re going to be at Spiedie Fest with thousands of people. It’s going to be a fantastic time,” said Jonathan Musok, Xcite Wrestling owner.

Also for the first time ever, tethered balloon rides will be free on Saturday and Sunday from noon to 4 p.m.

And we can’t forget the spiedies.

Salamida’s and Lupos will have their traditional tents featuring homemade favorites that made the festival popular and one that brings families back year after year.

“To see people that will say 'my mom and dad used to bring me here' and they’ll have a little one with them in a stroller and say 'now I’m bringing my little ones to Spiedie Fest.' That’s probably my favorite during the balloon launch time, is to see these folks that their parents brought them when they were little and now they’re grown up and they’ve got kids and they come back for it,” said Pessagno.

The Spiedie Fest kicks off Friday, Aug. 5 at 3 p.m. and runs through the weekend.