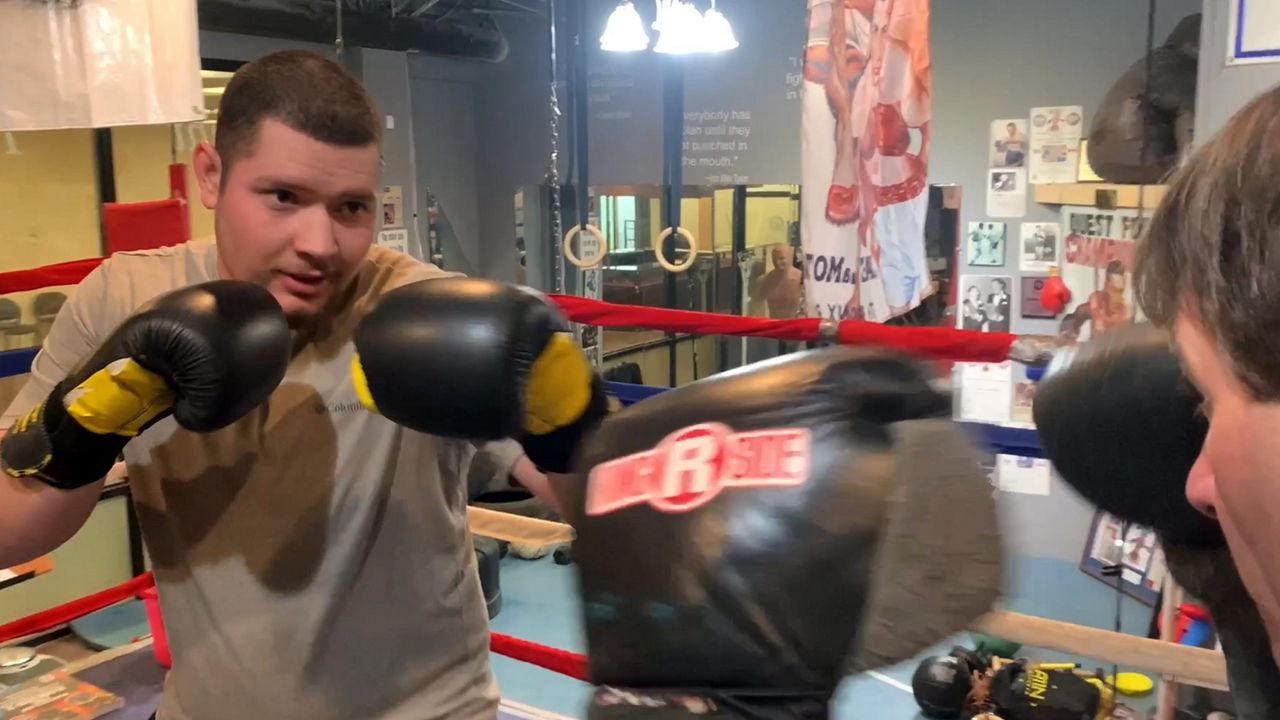 The Watertown Area Boxing Club hosts the second "Battle of the Badges" on Saturday.

Punch by punch, Nick LaRose is getting ready for a big fight.

“It’s stress relief,” LaRose said of boxing. “Even if you just have a simple bad day at work, come out, hit the bag, spar with a couple of the guys and just have fun with it.”

LaRose and the group at the Watertown Boxing Club are working out in preparation for Saturday’s fight night. But when the group is not in the ring, they serve as first responders and law enforcement.

“First responders and law enforcement, they are always giving their all for everyone else,” LaRose said.

That includes Nick, who serves as a volunteer with the Sackets Harbor Fire Department and is just one of numerous first responders and law enforcement officers across the state to temporarily trade in their uniform for gloves and shorts Saturday for the Boxing Club’s “Battle of the Badges 2.”

The event starts at 6 p.m. Saturday at Jefferson Community College in Watertown, with doors opening at 5. Tickets are available at this link.

“It’s very competitive for bragging rights as far as the guys competing. We’re looking forward to having a great show,” Pepe said.

It goes beyond bragging rights: Proceeds from ticket sales will go to the family of a Jefferson County sheriff’s deputy who has a daughter battling a rare form of cancer.