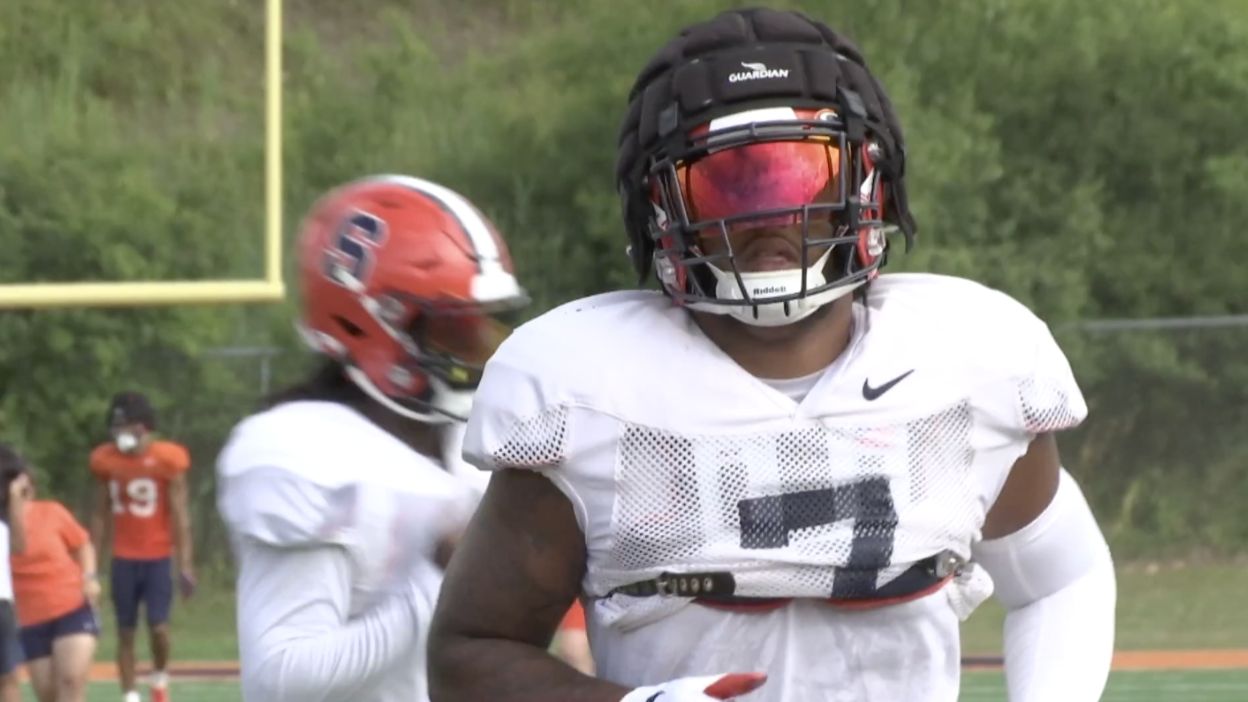 Thompson, Chestnut ready to take next step for SU football

There’s no substitute for hard work, and linebacker Stefon Thompson wouldn’t want it any other way.

Coming off a career year in 2021 and a season that saw Syracuse finish in the top 20 in total defense, Thompson has lofty expectations for the defense this season.

With defensive anchors like Mikel Jones and Garrett Williams back, it’s not out of the realm of possibilities. But Syracuse will need guys like Thompson and defensive back Darian "Duce" Chestnut to step up their game. Something that’s already noticeable through the first week of camp

The duo are embracing new roles as well, and setting high standards for younger guys to follow.

“We just lead by example," Thompson said. "Showing up to meetings early, leading by example.”

“That’s always been that way my whole life, that leadership role, so it’s nothing really new to me,” Chestnut added.

Thompson and Chestnut have also found ways to grow their budding chemistry off the field as well, getting after each other on the basketball court in the off season.

“We used to go in there and hoop," Thompson said. "He’s from Jersey so he’s got some wiggle to him, he can shoot so we go in there, we just goof off, play around."

“[Thompson is] an energetic guy, you might not see it a lot but he’s definitely and energetic guy on the court, we play the game together,” Chestnut said.

It’s just a microcosm of the close relationships the defense shares.

“It’s really the team goals above personal, like, we have to work as a team to get those personal goals," Thompson said. "I don’t even focus on the personal goals really, just go in there, do my job and make play.”