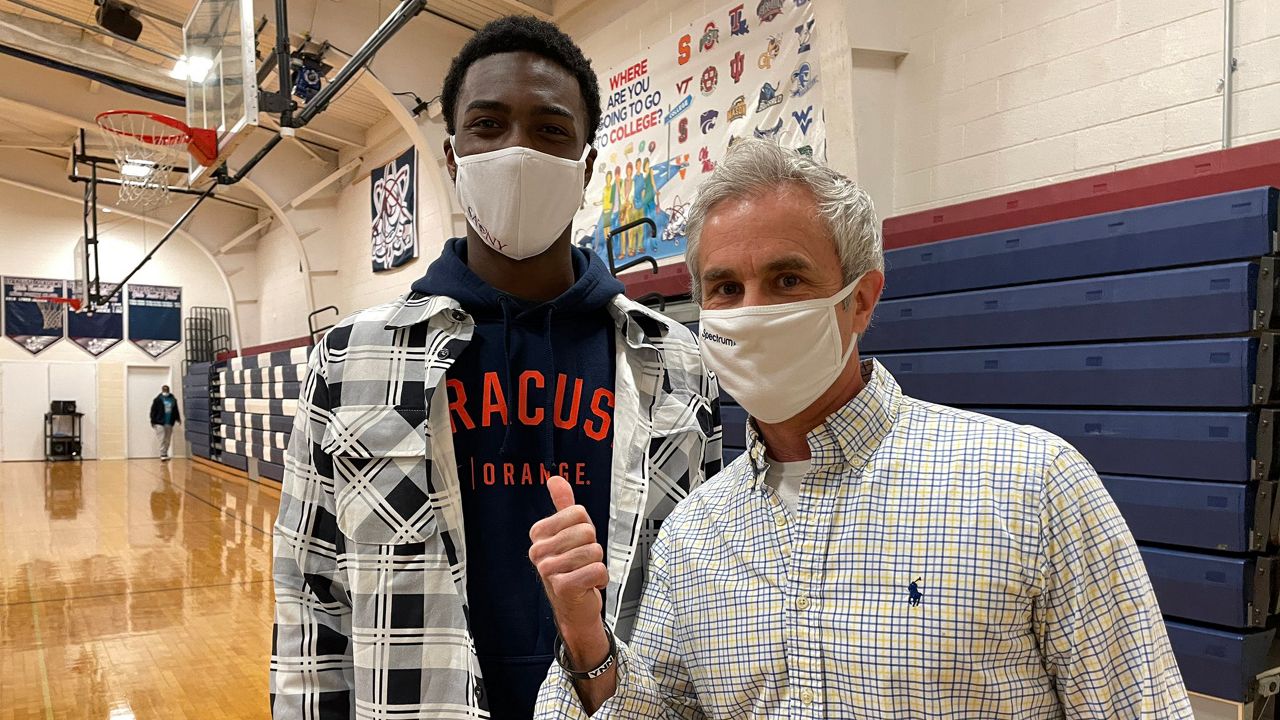 On a rainy and gloomy day, Syracuse University fans got some great news as they scrolled through social media. Symir Torrence, a former SAS Atom and Marquette guard, is returning to the Salt City.

Torrence announced via Twitter that he's transferring from the Golden Eagles to play for Jim Boeheim.

On Wednesday, he hit his old court at SAS, AKA "The Lab," with Spectrum News Sports Director Mark Larson. As he shot around on the old hoop, he talked about how it was a dream of his to play for the Orange when he was younger.

"Watching Syracuse play is a dream. Knowing someday I might be a Syracuse Orangemen is the greatest feeling I can have," Torrence said.

Make sure you tune into @SPECNewsCNY to check out a @MLarsonSports story on @Syboogie10! Symir just announced today that he’s transferring to @Cuse_MBB from Marquette. pic.twitter.com/eK6rZxobo6

Torrence said that he had talked to coach Boeheim earlier this week about the possibility of transferring to the Hill.

"He just told me about the situation and whether if guys are leaving or not, then he would have room for me," Torrence said.

Now it seems like Torrence will have room to make an immediate impact, especially with SU guard Kadary Richmond entering the transfer portal.

Syracuse is a solid fit for the 6'3 guard, who already has connections to the team. For starters, he's very good friends with Buddy Boeheim. Torrence has known the coaches' kid since 5th grade.

Now, he'll get to play alongside one of his best friends in one of the most well-known venues in the country. Is he nervous? Of course. However, he's excited for the opportunity.

"Dream come true. Never would have thought I'd be in that situation before. I just can't wait," Torrence said.