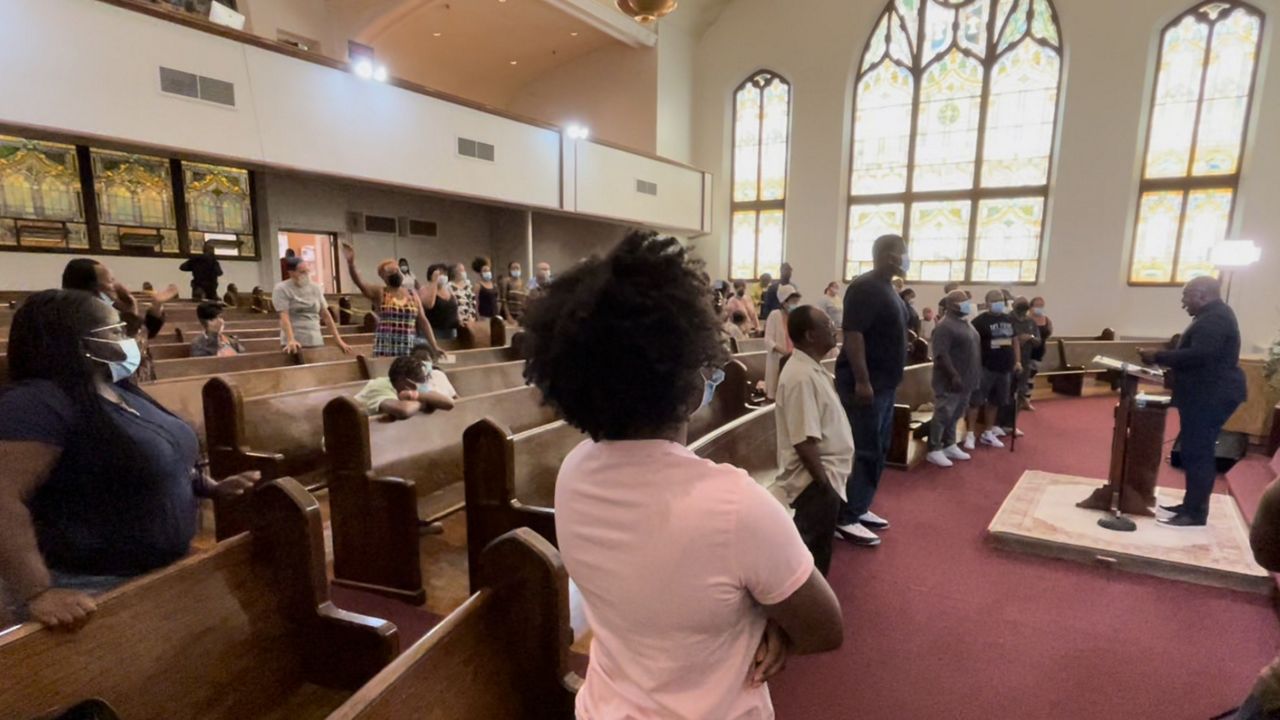 Gun violence in Syracuse is on the rise. This weekend, more shootings reported. Syracuse police report 113 people have been struck by gunfire in the city so far this year. There have been 8 gun-related homicides in the city this year.

In April, the city created a new position and appointed Lateef Johnson-Kinsey as the director of the Mayor's Office to Reduce Gun Violence. He says he is working to bring the community together to find a way to end the violence on the streets. He is also a Syracuse pastor.

The Well of Hope Church family gathers together after another violent weekend in the community, led by Pastor Johnson-Kinsey.

"Until we change some of the cognitive behavior of the individuals that are shooting, it’s a family issue, a community issue, not just a law enforcement issue,” Johnson-Kinsey said.

Everyone is dealing with the issue and the fear. Syracuse police are reporting a 35% increase in those injured or killed by gunfire over last year, from 81 people shot to 113 to date over the same time period.

"God is changing your purpose,” Johnson-Kinsey said to the church. “The more we begin to see a change in our communities when young people begin to see a change in themselves. They must change themselves first, because if I asked if I continue to tell them that one way, then they'll continue to believe that. Now it'll take disciples to change the environment that we're currently in. People don't believe in God. People don't believe in neighborhoods. They call it 'the hood.' I keep telling everybody that I live in a neighborhood, that I live in a neighborhood. I don't live in no hood. You can't just blame law enforcement for crimes that are happening. We have to talk to families [and] hold people accountable. And like I say all the time, we need a big family meeting. That's what we used to have back in the day. We had family meetings, family discussion about what our family is doing. Not what the mayor is doing that with the chief of police, what my family is doing. What's going on my home."

Johnson-Kinsey says this is a systemic issue and it's not going to be solved overnight. He assisted in response to the latest four shootings over this weekend. He says some of those were retaliation that he feared would happen.

"The grace of God will change, 'cause you know you got a name out on the street,” Johnson-Kinsey said. “Especially in Syracuse, 'cause it's so small. Once you got a name, they figure you always got that. But, grace of god.”

As community leaders offer grace, and hold on to hope for a well community, Johnson-Kinsey plans to work even more with Syracuse’s community violence intervention partners to fix stop gaps in their gun violence prevention efforts. He spent most of this weekend at area hospitals talking to the gunshot victims.​