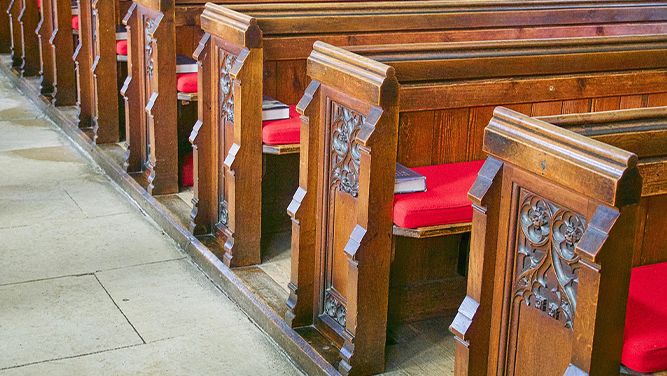 Amy, a sexual abuse survivor, was 11 years old when she was touched inappropriately by a male figure in her church.

“Somebody had brought this up to his wife who was the other person running the meetings and she kind of blew it off like she didn’t want to know," said Amy. "Several times I was told ... no one would believe [my story] anyway,” said Amy.

Amy is not her real name but she wishes to stay anonymous for her protection because even to this day she runs into her abuser.

“It was a life of hell and I was scared. He still has power over me because when I see him I freeze up like a child,” said Amy.

The man ran a group Amy attended. Eventually, he started following her into the bathroom where he touched her inappropriately and forced her to perform oral sex.

“He found out I work at the store and he would come into the store and continue harassing me, giving me notes, telling me I better meet him at a certain place with no panties and no bra. He even after that was still trying but then he finally gave up,” said Amy.

The abuse has impacted Amy all her life and when the Child Victim’s Act passed, she was afraid to file a claim.

“I was shaking and my heart was racing, I didn’t know what to expect, and rehashing everything he had done to me, I didn’t know how I was going to handle it,” said Amy.

And when she learned the Syracuse Catholic Diocese filed for bankruptcy, she was upset.

“I thought it was them taking the easy way out so they didn’t have to be accountable,” said Amy.

“We’re not going to get to the truth of the matter anymore. The diocese is going to be able to avoid what really happened with this perpetrator,” said Jennifer Freeman, senior counsel at Marsh Law Firm.

“My client will not have her day in court and it’s really important to have that opportunity to face the wrongdoer and hold them accountable,” said Freeman.

Chapter 11 court is much different than civil court. The focus will be on the allocation of assets.

“So rather than a focus on what really happened and who is responsible it will be twisted into how much she gets and that’s not what’s she’s really looking for,” said Freeman.

The deadline to file under the Child Victim’s Act is August 13, but now that the diocese has filed for bankruptcy the court will set a bar date which could be sooner.

“Anyone out there who is listening to this, find someone and get your claim in right away. You really can’t wait,” said Freeman.

Though the bankruptcy changes how her claim moves forward, Amy just wants those in charge to take accountability.

“I would like them to be held responsible for letting him run the meetings and be a predator on young children. They brought him in here so I feel they should be accountable,” said Amy.