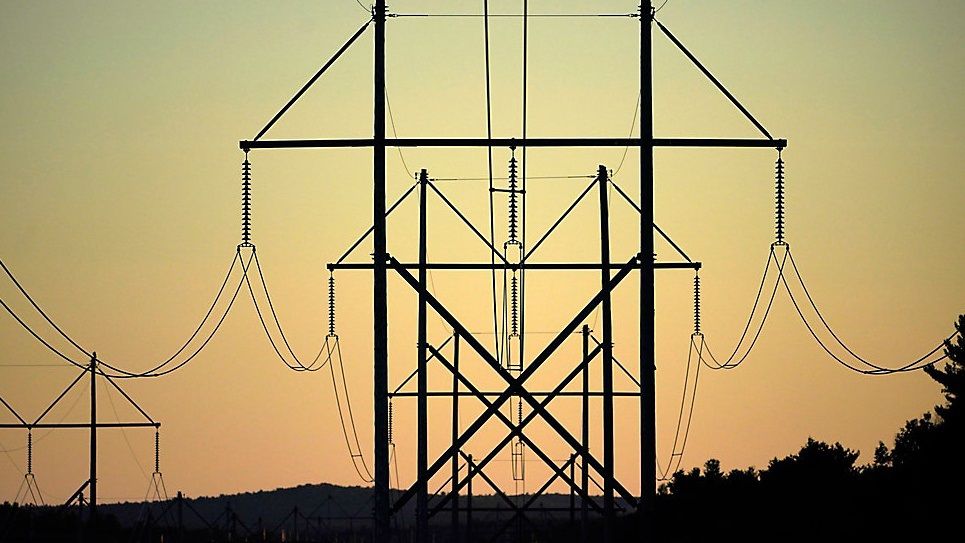 More than 200 organizations are pushing the governor to continue her support of the All-Electric Buildings Act and include it in her executive budget proposal. (AP)

Hundreds of organizations are pressuring Gov. Kathy Hochul to require new buildings in the state be built to use electricity for heat, rather than fossil fuels like gas or oil, in her executive budget proposal to be released next month.

Hochul and lawmakers nearly reached an agreement this year to pass the All-Electric Buildings Act, which would change the state Building Code and require construction of new buildings to be all-electric starting in 2024 for buildings under seven stories and by 2027 for larger projects. It would align state policy with a local New York City statute passed last year that established the mandate in the five boroughs to transition away from gas-burning furnaces, boilers and propane.

More than 200 organizations have signed a letter they plan to send Hochul this week, demanding she include a list of proposals to satisfy state laws to significantly reduce emissions. The All-Electric Buildings Act and the Gas Transition and Affordable Energy Act to reduce new gas hookups and help decarbonize neighborhoods.

Letter For Investment in NYS Buildings by Luke Parsnow on Scribd

Several lawmakers and legislative staffers say the All-Electric Buildings Act failed with Assembly leadership after pushback by fossil fuel companies. They added Hochul is supportive of electrifying buildings across the state, giving them hope.

"It's a very clear cost savings, as well as good for the climate," said Richard Schrader, Natural Resources Defense Council Northeast's policy and legislative director. "It allows for New Yorkers in New York buildings to really get off the gas grid, which is increasingly becoming expensive."

Representatives with Hochul's office would not answer questions about the governor's intent to include the proposals in her executive budget or State of the State address.

“Gov. Hochul is committed to reducing building emissions and fighting climate change, and will review all budget requests," a spokesperson with Hochul's office said in a statement Monday.

One Capital Region couple transformed their 19th-century farmhouse to net zero emissions and depend on electricity, and say it shows how the requirements in the legislation would be possible for families and businesses alike.

Joanne and Paul Coons have paid about $17 per month for utilities for their Saratoga County home for most of the year. That includes all heating and cooling costs, and charging their two electric vehicles.

"The best way to save energy is not to use it," Joanne Coons said Monday. She's an adjunct professor at Hudson Valley Community College, TEC-SMART facility teaching photovoltaic theory and design.

Their astonishing low utility price tag is possible because their home is completely free of using fossil fuels, with dozens of solar panels installed on their two-acre property, triple-insulated windows and a geothermal heat pump.

The Coons' home in Clifton Park features Energy Star efficient appliances, and an induction stovetop that uses magnets, not gas, to cook food.

"The goal was to be energy-efficient — to be net-zero," she added of the abandoned farmhouse they purchased, and gutted, in 2009.

It was an investment the couple made while renovating their 1830 home 12 years ago. The home upgrades cost them several thousand dollars extra up front during renovations, but have more than paid for themselves, especially with the expected 30 to 40% increase in home-heating fuel this season.

Electric heat is estimated to save New York households as much as $900 a year, advocates say.

It's an investment the state must make, Paul Coons says, adding it's priceless to leave a world for future generations.

"They're going to have to live with us, with our mistakes over the years, so if we can do anything to make life better for them, then yes, why not?" he said.

Fossil fuel companies and state business leaders successfully fought against the All-Electric Buildings Act, and continue to question when projects will be exempt or how certain industries will afford to accommodate the proposed changes to the state Building Code.

"For the majority of building owners, this will be an unfunded mandate," said Ken Pokalsky, the Business Council of New York State vice president of government affairs. "We expect there will be some state assistance flowing to help weatherize existing buildings and help the transition of new construction, but the state certainly isn't going to pick up the whole cost, so that's going to be absorbed by the economy, which is all of us.

"...One of the major concerns we always had is New York state can create any mandates and standards it wants. What's the private sector going to do in response?"

Business leaders and impacted stakeholders say they're working to have the governor's ear and a seat at the negotiating table as talks continue through March. They have questions about exemptions for certain projects, like in the restaurant industry, supply chain challenges and workforce training.

But lawmakers and lobbyists say they'll push Hochul hard in the next weeks to fund things their way, and put the state in the best position to receive billions of dollars of federal aid available for clean energy projects and electrification.

Assembly Member Patricia Fahy sponsors the Gas Transition and Affordable Energy Act advocates are urging the governor to support. The Albany Democrat says it would compliment the All-Electric Buildings Act.

"New York State’s heating, hot water, and cooking in our largely fossil fuel-powered building stock accounts for an astounding one-third of our state’s greenhouse gas emissions every year, which roughly matches that of the transportation sector,” said Fahy, a Democrat from Albany. “Together, these two sectors account for two-thirds of New York’s overall emissions, providing a clear blueprint for where New York can begin to significantly reduce emissions and meet its climate mandates. Experts agree that we are not going to meet our ambitious climate mandates laid out in the Climate Leadership and Community Protection Act (CLCPA) unless New York moves aggressively to transition itself off a reliance on fossil fuels. By developing a statewide gas service transition plan aligned with the state’s climate and emission reduction targets and ending ratepayer subsidization of fossil fuel infrastructure, coupled with the All-Electric Buildings Act, we are more likely to meet these aggressive — and vital — goals in the years to come.”