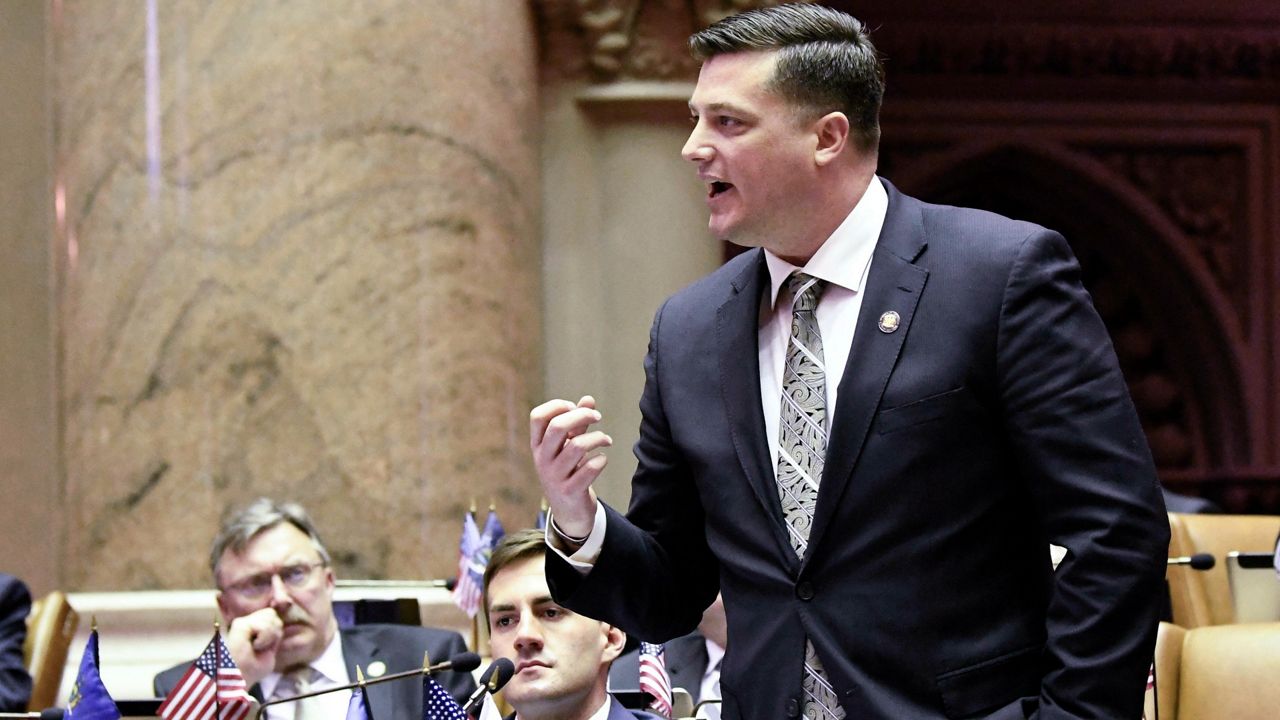 Upstate Assemblyman Jake Ashby is ready for orientation with his new Senate colleagues this week after winning a close race in a new district.

Voters in the redrawn 43rd Senate District, encompassing all of Rensselaer County, the northwestern piece of Albany County and all but the northern part of Washington County, elected Ashby on Nov. 8 with more than 51% of the vote, according to the state Board of Elections.

"We just want to do the best job we can representing our constituents," Ashby said Monday.

The two-term assemblyman credits his relationships with colleagues across the aisle as a main reason he won the new Senate seat, which was created combining three Capital Region districts represented by Republican Sens. Daphne Jordan and Dan Stec, and Sen. Neil Breslin, a Democrat.

It was about 50% new territory of voters for Ashby.

"When we saw the lines come out, we knew right away that we wanted to run," he said. "We just kind of fell in love with the district."

She formerly ran and lost her bid for Rensselaer county executive in 2019 to Steve McLaughlin.

"It comes down to whether the voters believed my campaign promises or those of my opponent," said Smyth, adding several Democratic Party officials have contacted her about running in 2024.

Smyth focused her campaign on investment in water infrastructure and protecting abortion access, but says Republican donors and advertising fueled voters' worries about crime and the economy, pushing them politically to the right.

Smyth says she hopes Ashby's promise of compromise means he'll vote with the Democratic majority from time to time.

On the campaign trial, Ashby said constituents most often expressed concerns and confusion over the state's stricter concealed carry law. He plans to discuss those concerns with his new colleagues.

The outgoing assemblyman doubled down on his commitment to work across the aisle as he prepares for Senate orientation scheduled for Wednesday.

"You don't get to a good place just by condemning another point of view — you have to work together," he said. "So whether or not you can appreciate someone's point of view or someone's perspective through the advancement of legislation, you still have to be able to work with that person, you know, with that party across the lines to make sure that you're delivering the best results for your constituents."

Ashby sponsors several bills with bipartisan support that have failed to advance in the Senate.

He spearheaded a bill with Assemblywoman Catalina Cruz, a Queens Democrat, to create a pathway to citizenship for undocumented people who have served in the military and their families. He sponsors other legislation to create mental health programs for first responders and veterans.

They're fights that are personal for Ashby, who completed tours in Iraq and Afghanistan.

"I'd be willing to negotiate anything to get it across the finish line and have the potential impact that it could have," he said.

Assemblyman Mark Walczyk, a Republican from Watertown, is also headed to the state Senate after winning an uncontested race this election.

Democrat Assemblywoman Nathalia Fernandez will also join the Senate after securing nearly 60% of the vote in her Bronx district, according to unofficial results from the Board of Elections.